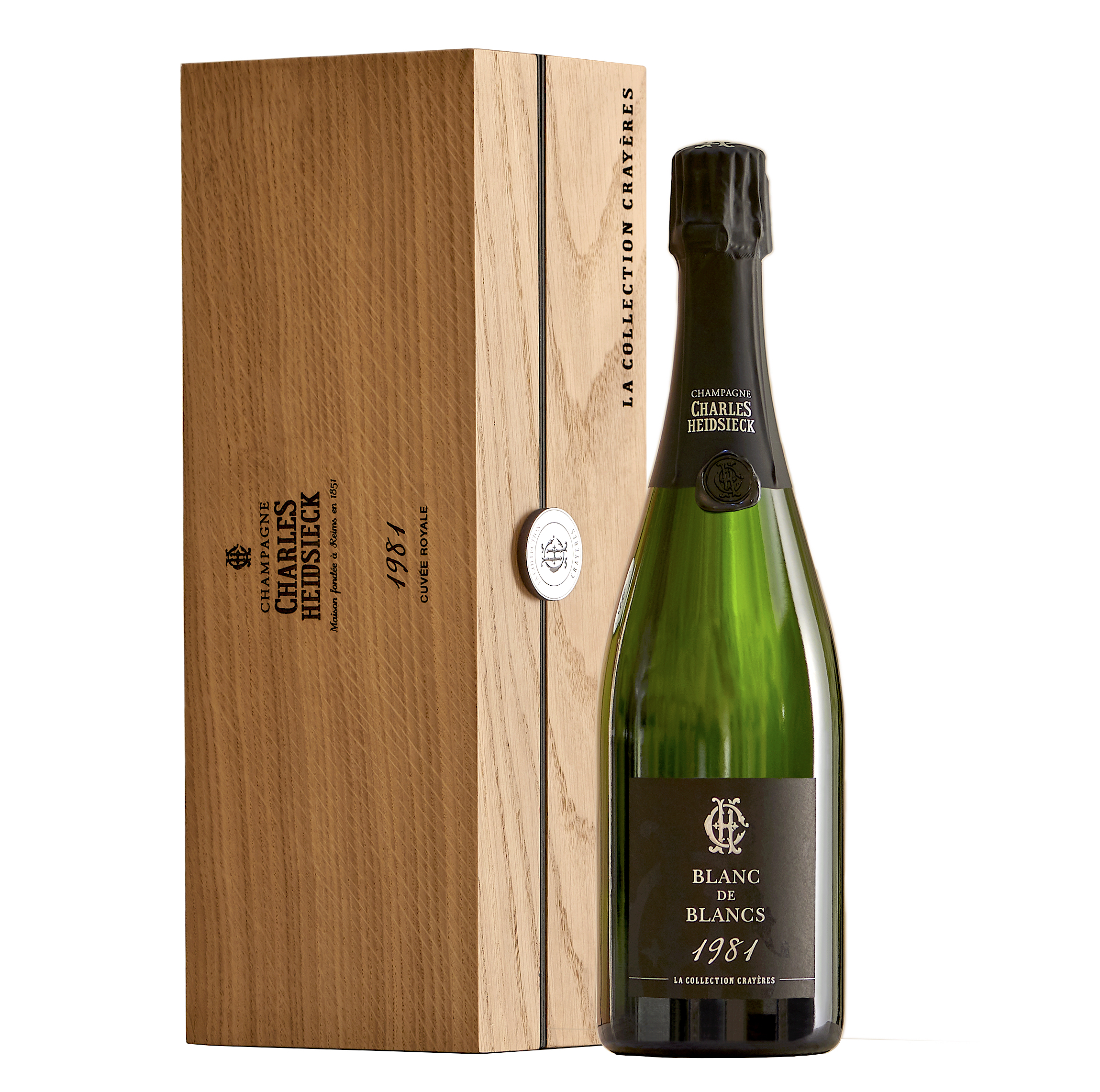 Bought directly from Charles Heidsieck's UK agent Liberty Wines, this is currently held in bond at Vinotheque in Burton-On-Trent, where it is cellared in ideal conditions and for same day deliveries small quantities are held in our London offices in a top of the range Eurocave

Description & Technical Information
-
Of the three Champagne houses named Heidsieck - all originating from families once related - Charles is the smallest and arguably, the best. Established in 1851 by the nephew of Piper-Heidsieck's owner, Charles Heidsieck himself was the original 'Champagne Charlie'. In 2011 both Charles Heidsieck and Piper-Heidsieck were bought by EPI Group headed by Christopher Descours, he has provided significant finance for both Houses allowing them to grow their vineyard holdings, grape purchasing and production. Today, production occurs alongside sister company Piper-Heidsieck in an ultra-modern functional wine-making facility on the southern outskirts of Reims. The Charles Heidsieck Cellars are a Unesco World Heritage site and comprise more than eight kilometres of chalk tunnels interlinking forty seven subterranean cathedrals called Crayères, reaching 30 metres high and believed to have been dug out in the 3rd century.

After many years ageing in the unique and ancient Crayères acquired by its founder Charles Heidsieck, Blanc de Blancs reveals itself as a champagne poised between elegance and complexity, with a smooth texture and great length on the palate. Extended ageing on the lees has unlocked the full potential of their aromas. Each vintage has its own signature, its own generous tone.

Weather: 1981 is a stunning vintage, but it is rare as a result of drastic climatic variations over the winter,
and springtime frosts that destroyed 25% of the anticipated harvest. Nevertheless, when the grapes were
tasted, particularly the Chardonnays in the white Grand Crus, they were found to be of excellent quality.

This champagne is part of Charles Heidsieck Collection Crayeres, a second late release of vintages direct from their cellars in Reims in October 2018. The releases are very limited quantities and a perfect chance to buy and enjoy champagne with age in its very best condition; just 60 bottles have been released.

News Article: Read about our visit to Charles Heidsieck and tasting with cellar Master Cyril Brun of some of the Collection Crayeres Champagnes here.

Tasting Note: A brilliant golden hue with glints of green and yellow. Notes of hazelnut and peanut. Dense and perfectly balanced, the mouthfeel is generous with an incredible crispness. Tautness and full-bodied sensations jostle for position, demonstrating the lively nature of the 1981 vintage.
Champagne Charles Heidsieck Overview
+
Of the three Champagne houses named Heidsieck - all originating from families once related - Charles is the smallest and arguably, the best. Established in 1851 by the nephew of Piper-Heidsieck's owner, Charles Heidsieck himself was the original 'Champagne Charlie'. He gained the nickname during his travels around America in the mid-19th Century - a country whose introduction to Champagne is credited to Charles. In 2011 both Charles Heidsieck and Piper-Heidsieck were bought by EPI Group headed by Christopher Descours, he has provided significant finance for both Houses allowing them to grow their vineyard holdings, grape purchasing and production. The brands are now growing their sales quite fast after many decades of decline. Today, production occurs alongside sister company Piper-Heidsieck in an ultra-modern functional wine-making facility on the southern outskirts of Reims.