Deliver Wed 8th Feb Same Day - cost based on mileage from Islington
- Time Left to Order
Deliver Thu 9th Feb DHL Next Working Day from £9.80
- Time Left to Order
Description & Technical Information
-
Of the three Champagne houses named Heidsieck - all originating from families once related - Charles is the smallest and arguably, the best. Established in 1851 by the nephew of Piper-Heidsieck's owner, Charles Heidsieck himself was the original 'Champagne Charlie'. In 2011 both Charles Heidsieck and Piper-Heidsieck were bought by EPI Group headed by Christopher Descours, he has provided significant finance for both Houses allowing them to grow their vineyard holdings, grape purchasing and production. Today, production occurs alongside sister company Piper-Heidsieck in an ultra-modern functional wine-making facility on the southern outskirts of Reims. The Charles Heidsieck Cellars are a Unesco World Heritage site and comprise more than eight kilometres of chalk tunnels interlinking forty seven subterranean cathedrals called Crayères, reaching 30 metres high and believed to have been dug out in the 3rd century.

Charles Heidsieck Brut Réserve NV contains a blend of 50% reserve wines, with an average age of ten years and spends three years ageing on the lees. To achieve the depth and complexity of the House style, Chef de Cave, Cyril Brut sees the reserve wines used in the blending in two categories; 5-10 years old are added for fruit and freshness, whilst the older reserve wines, 10-20 years old are like spices, added for complexity and intensity and only needed in small quantities. It is this large proportion of mature reserve wines that makes Brut Réserve NV one of the world's best non-vintage champagnes.

We are currently selling Charles Heidsieck Brut Réserve NV based on 2017 harvest, 50% of the blend is from 2017 and 50% are reserves wines. This is also only the second time their NV contains barrel fermented wines, 6% have been added to broaden the texture and add a hint of spice.

Tasting Note: Pale gold with fine and persistent bubbles, this has wonderfully complex aromas of ripe apricot and almond. On the palate it's extremely creamy, rich and fresh and also surprisingly nutty - likely a consequence of the age and high percentage of reserve wines. This is without doubt one of the best non-vintages around.

Base 2017 is not presented in a gift box
Champagne Charles Heidsieck Overview
+
Of the three Champagne houses named Heidsieck - all originating from families once related - Charles is the smallest and arguably, the best. Established in 1851 by the nephew of Piper-Heidsieck's owner, Charles Heidsieck himself was the original 'Champagne Charlie'. He gained the nickname during his travels around America in the mid-19th Century - a country whose introduction to Champagne is credited to Charles. In 2011 both Charles Heidsieck and Piper-Heidsieck were bought by EPI Group headed by Christopher Descours, he has provided significant finance for both Houses allowing them to grow their vineyard holdings, grape purchasing and production. The brands are now growing their sales quite fast after many decades of decline. Today, production occurs alongside sister company Piper-Heidsieck in an ultra-modern functional wine-making facility on the southern outskirts of Reims.

Suitable for Vegans - no animal derivatives are used in the making of Charles Heidsieck Champagnes.
Charles Heidsieck History
Expert Reviews
94/100
Claire Nesbitt
“Remarkable depth of mature aromas - tons of candied lemon peel, dried pear and brioche - plus wonderful textural richness on the palate make this stand out amongst the regular Brut NVs. Then comes the intense and very long, mineral finish to crown this prince of the category.”
JamesSuckling.com
Jul 2022
92/100
William Kelley
“Based on the 2017 vintage, complemented by 50% reserve wines (emphasising Pinot, which was in short supply in the base vintage), Heidsieck's NV Brut Réserve exhibits aromas of sweet citrus fruit, buttery pastry, dried white flowers, bee pollen, crisp orchard fruit and praline. Medium to full-bodied, fleshy and seamless, with a pretty core of fruit, lively acids and chalky structure, it's a giving, charming wine that will offer a broad drinking window.”
Robertparker.com
Aug 2022
16.5+/20
Jancis Robinson MW
“Base 2017 - Bright pale copper colour. Youthful nose promises further evolution. (An earlier cuvée of this wine served at the end of the Tolpuddle vertical was notably deeper-flavoured.) Everything's in balance but I'd put this away for a year or two so that you can celebrate 201 or 202 years of Liberty in style.
Drink 2024–2030”
Jancisrobinson.com
Oct 2022
Customer Reviews Log in to write review Write a guest review
Awards
- 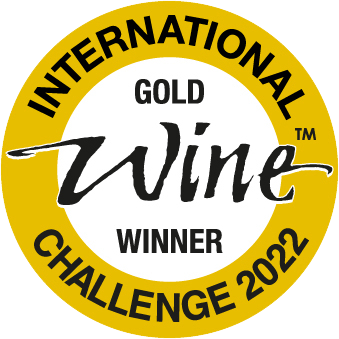