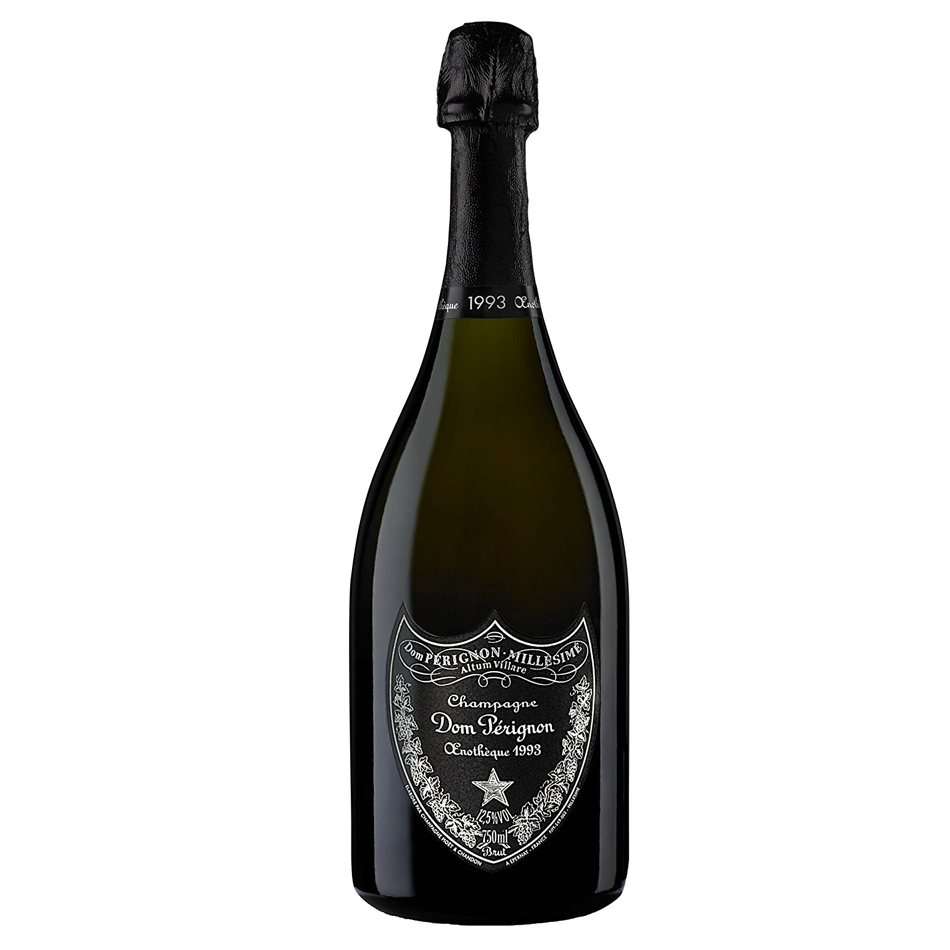 In Stock
Delivered Mon 26th Jul In or Near London
- Time Left to Order
Delivered Tue 27th Jul Out of London
- Time Left to Order
Description & Technical Information
-
The Plénitude (originally Oenothèque) concept has been years in development at Dom Pérignon. After studying the natural course of ageing that vintage champagne seems to undertake, the winemaking team found that, rather than improving steadily and linearly (as is the case with many wines), it develops and matures through three defined stages in its life.

Weather: The 1993 season saw a summer of great length and a difficult combination of dry and warm conditions. As a first release back in 2000, Dom Pérignon 1993 (P1) was a youthful and vibrant vintage with subtle hints of lemon and lime. After an additional fifteen years on the lees in Dom Pérignon's famous cellars in Épernay, the fruit has come confidently forward, adding new layers of development and a delightfully mature character to an already complex champagne.

Tasting Note: Hints of dried herbs, candied grapefruit and lemon on the nose. Spicy cinnamon notes show through on the palate, complimented by flavours of freshly cooked biscuits and raisin. This is a dense champagne with an abundance of flavour and development. Its finesse draws out for some time with a long lingering finish full of fresh fruits and nicely balanced acidity. There is still no rush to drink this champagne - if stored correctly it will continue to develop for many years to come.

Dom Pérignon Plénitude 2 - P2 1993 is presented in a high-quality metalled Dom Pérignon gift box (as shown in the bottom left picture). This is an exceptionally rare champagne and The Finest Bubble are one of just a handful of retailers lucky enough to secure stock of this late-release cuvée.
Champagne Dom Perignon Overview
+
Dom Pérignon is the prestige cuvée of prestige cuvées. Uniquely only available as a vintage champagne produced in exceptional years from just two grape varieties, Chardonnay and Pinot Noir, Dom Pérignon is an iconic wine with an unrivalled heritage. Often considered one of the founding fathers of Champagne itself, the Benedictine Monk Dom Pierre Pérignon spent forty-seven years working in the historic Abbey of Hautvillers pursuing his ambition to create the "best wine in the world".

Cellar Master: Vincent Chaperon
Winery Location: Épernay | Champagne, France
Champagne Region: Côte des Blancs
Annual Production (bottles): Undisclosed
Dom Perignon History
Expert Reviews
18.5/20
Jancis Robinson MW
“Chef de cave, Richard Geoffroy: 'A vintage characterised by its precocity. The early bud-break and a warm and stormy spring led to rapid and full flowering in the first fortnight of June. Despite very average temperatures, the summer was remarkable both for its amount of sunshine and the drought which lasted until the harvest began (10 September).' Disgorged in 2006.
Quite dark gold. Broad and something of an oak-aged 1990s Meursault (not the tension of a 2010s Meursault) about it. Some sweetness on the front palate. Creamy texture. Waves on the palate. Lots of fun. Nourishment. Arguably from a slightly different era.
Drink 2006-2020”
JancisRobinson.com
May 2016
93 → 94/100
Essi Avellan MW
“Youthful colour yet comes with an age-complexed but reserved nose. Tight on the refined palate, layer upon layer of aromas. Fine, lingering aftertaste. Not one of the most impressive or expressive vintages but remains youthful and seems to age slowly and steadily.”
EssiAvellan.com
Dec 2007
Customer Reviews Log in to write review Write a guest review
News Articles
See All Related Articles
More Dom Perignon Champagnes