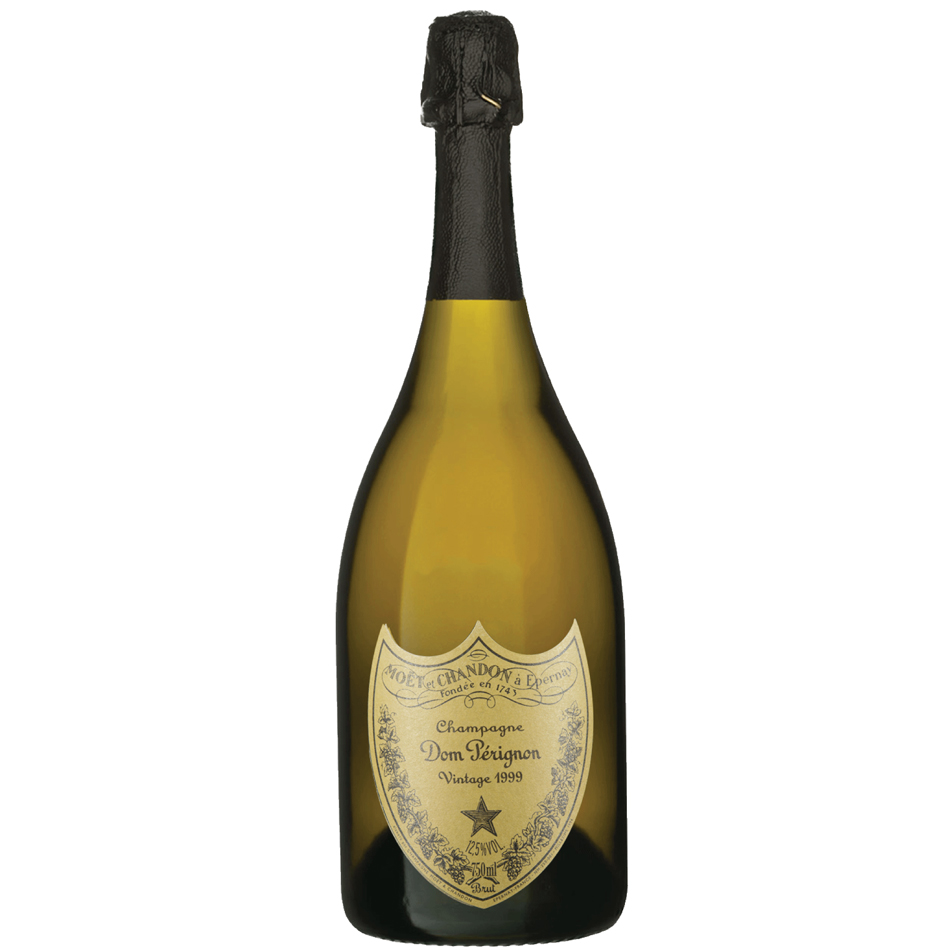 Bought directly from Moët Hennessy, this is currently held in bond at Vinotheque in Burton-On-Trent, where it is cellared in ideal conditions and for same day deliveries small quantities are held in our London offices in a top of the range Eurocave

In Stock
Receive as early as 22/04/2021
Description & Technical Information
-
Dom Pérignon is only available as a vintage champagne and is only produced in exceptional years. Each vintage is a creation, singular and unique, that expresses both the character of the year, and the character of Dom Pérignon. After at least eight years of elaboration in the cellars, the wine embodies the perfect balance of Dom Pérignon, the Plénitude of harmony.

Weather: The 1999 season began with hailstorms in May which destroyed many vines, though as the year went on warmer weather prevailed throughout July and August. The year developed promisingly with high expectations, until heavy rainfall in the second week of September contributed to the loss of many crops. Despite the rain the grapes had maturated well in the long summer and early concerns over dilution of flavour never became an issue.

News Article: Read more about Dom Pérignon 1999 in the review of our vertical tasting of Dom Pérignon vintages here.

Tasting Note: Now some years on from the initial release, these champagnes are starting to show how good they are. On the nose hints of ripe fruits and toastiness lead to a palate full of flavour. Exotic fruits combine with a slight touch of that creamy vanilla richness from its long ageing both on and off the lees. A full and lasting finish pays compliment to a vintage that today is showing better than ever.
Champagne Dom Perignon Overview
+
Dom Pérignon is the prestige cuvée of prestige cuvées. Uniquely only available as a vintage champagne produced in exceptional years from just two grape varieties, Chardonnay and Pinot Noir, Dom Pérignon is an iconic wine with an unrivalled heritage. Often considered one of the founding fathers of Champagne itself, the Benedictine Monk Dom Pierre Pérignon spent forty-seven years working in the historic Abbey of Hautvillers pursuing his ambition to create the "best wine in the world".