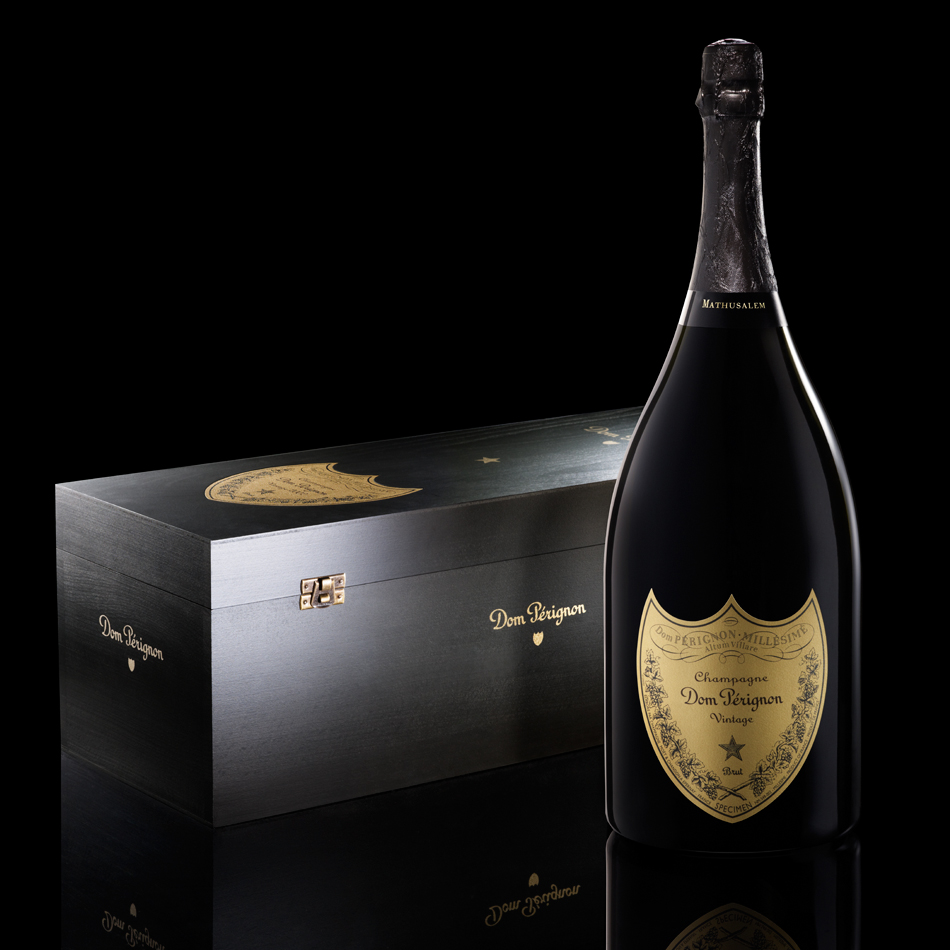 Bought directly from Moët Hennessy, this is currently held in bond at Vinotheque in Burton-On-Trent, where it is cellared in ideal conditions and for same day deliveries small quantities are held in our London offices in a top of the range Eurocave
Factsheet
Description & Technical Information
-
Dom Pérignon is only available as a vintage champagne and is only produced in exceptional years. Each vintage is a creation, singular and unique, that expresses both the character of the year, and the character of Dom Pérignon. After at least eight years of lees ageing in the cellars, the wine enters its first phase of interest, Plenitude 1, showing quite youthful fruit and broad texture from the lees contact. The signature Dom Pérignon aromatic is that "hint smoky" character a result of the reductive winemaking where they go to extreme lengths to keep each step of the winemaking process free of oxygen. With every sip of Dom Perignon you always have that purity of fruit character, depending on the vintage you normally see the Pinot Noir fruit dominate, which are those red fruits like raspberry, peach and dark cherry. The Chardonnay adds a supporting layer of chalky texture and delicious fruit in the yellow spectrum like plum, apple and tropical notes of pineapple.

Dom Pérignon 2002 expresses all the power of grapes picked at the peak of their maturity, while going far beyond the character of the year, enhancing its natural richness and lending it extra precision and depth.

Weather: The 2002 vintage shaped up ideally over the spring, with no significant frost and near-perfect flowering. Then followed a summer marked by long, sunny periods interspersed with regular cloudy and rainy spells. The vines were in good health and the dehydration of the grape berries helped them reach new heights of ripeness.

Tasting Note: On the nose, the first hints of fresh almond immediately open up into preserved lemon and dried fruits, rounded off by darker smokey and toasted qualities. On the palate, it is creamy, energetic and warm, focusing on the fruit, then gradually taking on more profound bass notes. Dom Pérignon 2002 is a magnetic, still-elusive wine that fully reveals the nature of this legendary House.

This is the best Dom Pérignon vintage still available on the market today. In August 2016, the House released some extremely rare 6L methuselahs of Dom Pérignon 2002. This champagne tastes exquisite from bottle and based on all the extra lees ageing the eight-bottle format has received, it should taste even more stunning from methuselah! Although be prepared to wait many years for this size bottle to reach its optimum maturity: even at over fifteen years old, it will currently be a very youthful champagne.

The 6L methuselah comes in a beautifully presented and Dom Pérignon branded gift box (as shown in the picture on the left).
Champagne Dom Perignon Overview
+
Uniquely only available as a vintage champagne produced in exceptional years from just two grape varieties, Chardonnay and Pinot Noir, Dom Pérignon is an iconic wine with an unrivalled heritage. Often considered one of the founding fathers of Champagne itself, the Benedictine Monk Dom Pierre Pérignon spent forty-seven years working between 1668 and 1715 in the historic Abbey of Hautvillers pursuing his ambition to create the "best wine in the world".

Cellar Master: Vincent Chaperon
Winery Location: Épernay | Champagne, France
Champagne Region: Côte des Blancs
Annual Production (bottles): Undisclosed
Dom Perignon History
Expert Reviews
18/20
Jancis Robinson MW
“Tasted blind. Smells almost fishy!.. (Others said saline.) Very tight-knit bead but rather tropical fruit notes. But it’s not as long as some. Flattering. But still very tight.”
JancisRobinson.com
Nov 2019
98/100
Antonio Galloni
“The 2002 Dom Pérignon is unforgettable. Rich, sumptuous and flamboyant to the core, the 2002 captures all of the radiance of a year in which ripeness in the Chardonnays was pushed to the edge. The 2002 is oily and viscous on the palate, with tremendous textural resonance in all of its dimensions. Tropical fruit, pastry and exotic floral notes all build as the 2002 opens up with air. I can still remember the first time I tasted the 2002, here in the Hautvillers cloister, with former Chef de Caves Richard Geoffroy. It was thrilling back then, and is every bit as memorable today.”
Vinous.com
Jul 2019
19.5/20
Jancis Robinson MW
“Six-litre Methuselah. Very dramatic-looking! They started to measure glycerol levels from 2001, and 2002 has been the highest-glycerol Dom Pérignon ‘by a mile’.
Much deeper gold than the P2 2002. Great tightness and lots of savoury character. Very long and tense. Savoury white burgundy character. Beautiful stuff!
Drink 2016-2026”
JancisRobinson.com
Nov 2018
19/20
Jancis Robinson MW
“Disgorged July 2009. RS 6 g/l. 51% Chardonnay, 49% Pinot Noir. From Moët Hennessy UK.
Tasted blind. Very alluring nose. Very complex. Heady nose. Rich and really rather beautiful. Very complete. Rich but not sweet. Love the reverberation. Long and throbbing. Rich but appetising. Winston?”
JancisRobinson.com
Oct 2016
95/100
Essi Avellan MW
“Beautifully toasty and creamy nose with charming sweet fragrant fruit and sensuous white flower character. Delicate yet intensive. Opulent coffee bean, straw, peach, caramel, vanilla and gunpowder notes. Pure, bright fruit, coolly creamy palate with linear structure and long, salivating lemony length. Fine and tight, focused and finely detailed structure full of energy. Plenty of potential here. It has got it all.”
EssiAvellan.com
May 2016
94/100
Richard Juhlin
“Wonderfully caressing and typical. The silkiness and balance impress most, along with a fluffy, creamy tone and stylish nuttiness. A great Dom Pérignon that charms from the start, but certainly not to be opened over the next four.”
Decanter
Dec 2015
98/100
Antonio Galloni
“The 2002 Dom Pérignon speaks to opulence and intensity. Rich, layered and voluptuous in the glass, the 2002 shows off its flamboyant personality with flair. Butter, cooked apple and tropically-leaning fruits mesh together effortlessly. Interestingly, with time in the glass the 2002 gains in freshness and energy without losing its essential opulence. The elevated ripeness of the year gives the 2002 Dom Pérignon distinctly Puligny-Montrachet leaning inflections. Chef de Caves Richard Geoffroy adds that August that year was hot and very dry. Rain towards the end of the month and into early September freshened the vines and accelerated the final phase of ripening. This is yet another fabulous showing from the 2002, which continues to cement its reputation as a truly epic Dom Pérignon.”
VinousMedia.com
Oct 2015
18.5
Jancis Robinson MW
“Tasted blind. Mid pale gold. Savour and some evolution. Lots of complexity on the nose – even some honeyed character on the palate. Hint of ginger. Tiny slightly lazy bubbles. More advanced bottle than some others? 2002? ”
JancisRobinson.com
Oct 2015
98/100
Antonio Galloni
“Honey, almonds, butter, tropical fruit and brioche are some of the notes that emerge in the 2002 Dom Pérignon. Here the flavors are bold, rich and exotic, as they have always been, while the textural feel is one of pure exuberance. The 2002 remains dense, honeyed and totally voluptuous on the palate, with more than enough density to drink well for decades The style will always remain opulent to the core.”
VinousMedia.com
Jul 2015
98/100
Antonio Galloni
“The 2002 Dom Pérignon is just beginning to enter the second stage of its life where the primary flavors are receding, but at the same time the more mature notes have not yet developed. Today, the 2002 stands out for its texture, balance and overall harmony. Hints of apricot, white flowers, honey and spices flesh out on the resonant, creamy finish.”
VinousMedia.com
May 2014
20/20
Jancis Robinson MW
“Extraordinarily firm, confident, intense nose. Definitely the savoury side of Dom. Nothing remotely sweet or fat - though it's as intense as a Montrachet. Wonderful quality of mousse - surely slightly less bubbly than it has been? More like a Montrachet with a bit of carbon dioxide laced into it than a typical champagne. Broad and long with a hint of orange peel. Great persistence. This already delivers but has such backbone and great acidity and light grip (only noticeable at the very end of the tasting experience) that it surely has a long life ahead of it. Really reaches every hidden cell of the palate. A very assured performance. LVMH at its very best?”
JancisRobinson.com
Aug 2010
96/100
Antonio Galloni
“The 2002 Dom Pérignon is at first intensely floral, with perfumed jasmine that dominates the bouquet. With time in the glass the wine gains richness as the flavors turn decidedly riper and almost tropical. Ripe apricots, passion fruit and peaches emerge from this flashy, opulent Dom Pérignon. The wine's volume makes it approachable today, but readers in search of more complexity will want to cellar this for at least a few years to allow for some of the baby fat to drop off. Geoffroy describes the vintage as very ripe and adds that some of the Chardonnay showed the ill-effects of the hot growing season in it the somewhat burned, dehydrated fruit that came in that year. This bottle was disgorged in July, 2009. To be released summer 2010.”
VinousMedia.com
Mar 2010
See All Reviews
+
Customer Reviews Log in to write review Write a guest review
News Articles
More Dom Perignon Champagnes 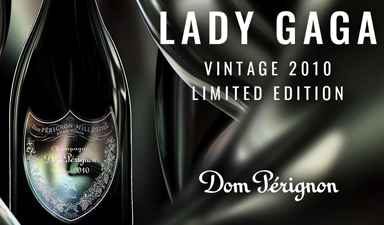 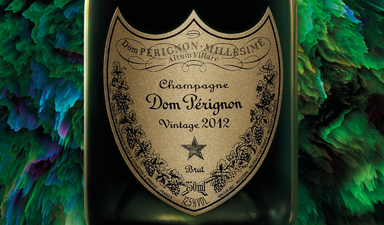