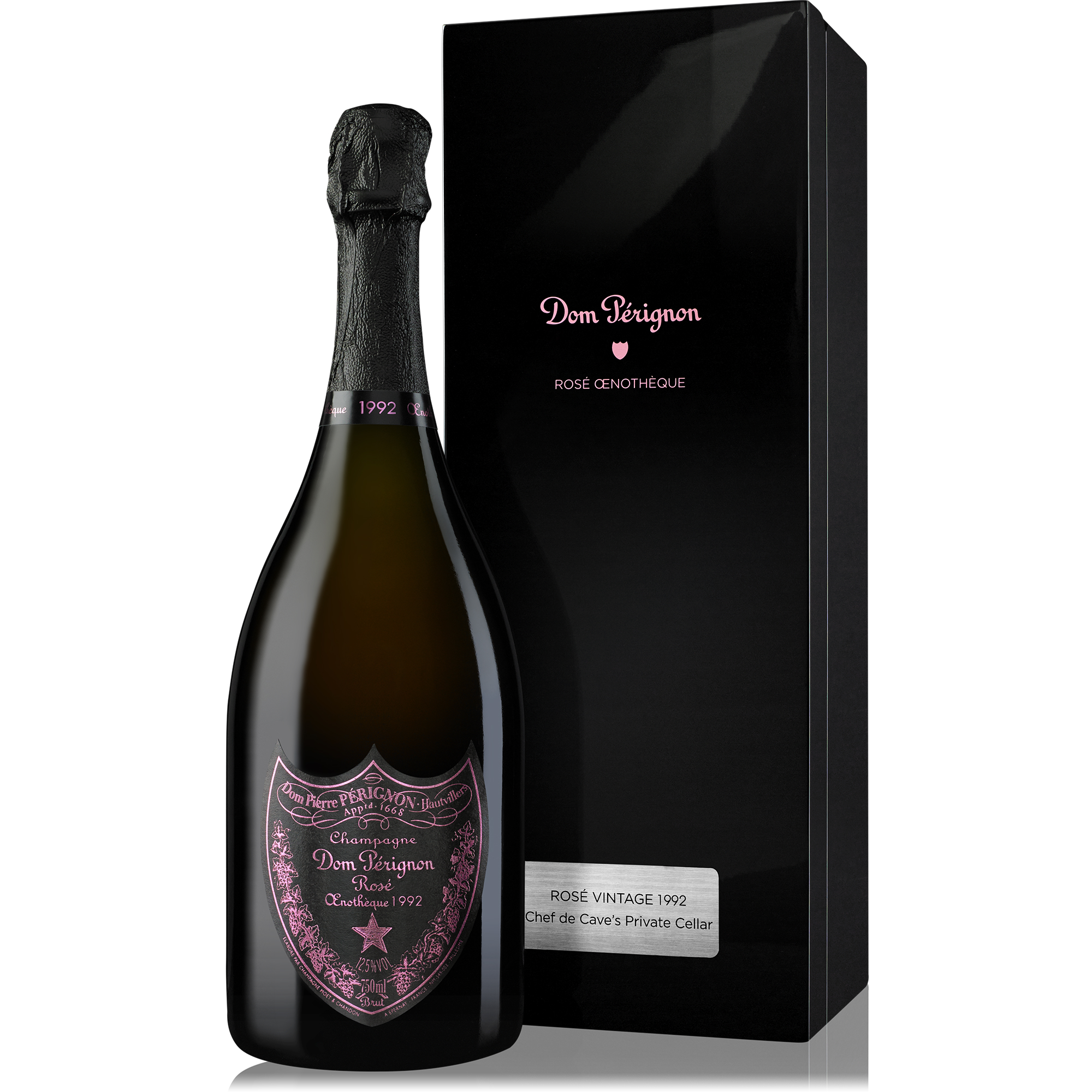 In Stock
Delivered Mon 26th Jul In or Near London
- Time Left to Order
Delivered Tue 27th Jul Out of London
- Time Left to Order
Description & Technical Information
-
The Plénitude (originally Oenothèque) concept has been years in development at Dom Pérignon. After studying the natural course of ageing that vintage champagne seems to undertake, the winemaking team found that, rather than improving steadily and linearly (as is the case with many wines), it develops and matures through three defined stages in its life.

Weather: The 1992 season experienced a very long and extremely hot summer with isolated hail storms. However, the grapes had superb levels of ripeness and a high total acidity level and champagnes from this vintage have very good ageing potential. Originally released after eight years on the lees, Dom Pérignon Rosé 1992 was noted for its expressive fruit flavour. Now with significantly more ageing, Rosé P2 1995 has developed into an incredibly complex Pinot Noir-dominant cuvée that is bursting with flavours.

Tasting Note: On the nose, citrus fruits combine with a hint of toasty notes, opening up to a palate of dark forest fruits and a long lasting finish. This is a truly superb rosé that is full of balance and youthfulness even at nearly twenty-five years of age. An exceptional champagne.

Dom Pérignon Rosé Plénitude 2 - P2 1992 is presented in a high-quality metalled Dom Pérignon gift box (as shown in the bottom left picture). This is an exceptionally rare champagne and The Finest Bubble are one of just a handful of retailers lucky enough to secure stock of this late-release cuvée.
Champagne Dom Perignon Overview
+
Dom Pérignon is the prestige cuvée of prestige cuvées. Uniquely only available as a vintage champagne produced in exceptional years from just two grape varieties, Chardonnay and Pinot Noir, Dom Pérignon is an iconic wine with an unrivalled heritage. Often considered one of the founding fathers of Champagne itself, the Benedictine Monk Dom Pierre Pérignon spent forty-seven years working in the historic Abbey of Hautvillers pursuing his ambition to create the "best wine in the world".