Bought directly from Louis Roederer's UK agent MMD, this is currently held in bond at London City Bond Eton Park, where it is cellared in ideal conditions and for same day deliveries small quantities are held in our London offices in a top of the range Eurocave
Factsheet
Description & Technical Information
-
As the largest independent family-managed Champagne producer, Louis Roederer rank amongst the region's absolute finest. Established in 1776, the House today is managed by seventh generation family member Frédéric Rouzaud alongside long-time Chef de Cave and Champagne legend Jean-Baptiste Lécaillon. They own an astounding 242 hectares of vineyards many in chalk rich Grand Cru villages covering two-thirds of their grape requirements. Roederer have become pioneers in biodynamic farming & by 2012 all 78 hectares the “Cristal Estates” are farmed using biodynamic methods. By 2021 Roederer have 115 hectares certified organic. All the grapes in Cristal & other vintage cuvee’s come from their own vineyards. The estate is made up of 410 plots which are fermented separately in one of the 450 stainless steel tanks in their Reims cellars. In 2020 Roederer replaced Brut Premier with “Collection” allowing each years non-vintage blend to be identified and “re-engineering” the non-vintage cuvee to maintain freshness in the light of global warming on the Champagne region. Today Cristal is, widely recognised as the world's most awarded prestige cuvée champagne.

In 1876, Russia's Tsar Alexander II, a long-time lover of Louis Roederer wines, asked the producer to create a special cuvée for his personal use which was unique in both its style and bottle design. Dissatisfied with standard champagne bottles that concealed the beautiful colour and effervescence from the eye, he requested that his personal cuvée be served in transparent crystal glass bottles with a flat bottom to foil the insertion of explosives by would-be assassins. Thus, Louis Roederer selected the best vines from seven Grand Crus on his estate and Cristal, the first prestige cuvée, was born. Today some 45 plots make up the "Cristal Estates" and each vintage can sometimes be made up of all plots or as is normal often a few plots don't make the final blend.

Champagne in clear bottles must be stored in complete darkness, it spoils quickly if exposed to any light source. Cristal is supplied in yellow wrapping (not shown in photo) do not remove it and ideally place in a box. Read More

Tasting Note: All the exceptional characteristics of the 2002 vintage have been captured perfectly in this magnificent Cristal. Generous and lush, revealing the perfect balance between concentration and finesse, freshness and vinosity, intensity and refinement. In three words: this is proud, rich and luxurious. A brilliant yellow colour with light amber highlights and a beautiful fine mousse. The nose is intense and delicate revealing a clean and well-blended mixture of flavours of honey, cocoa, lightly toasted hazelnuts and candied citrus fruit. A savoury explosion of ripe fruit reveals white chocolate, caramel and Danish pastry notes, typical of Cristal. Its silky, concentrated texture relies on its intense, powerful and vinous structure but maintains refinement. The palate builds up to attain a delicious sensation of well-blended harmony of flavours. Louis Roederer Cristal 2002 is probably the best Cristal vintage ever released.
Champagne Louis Roederer Overview
+
As the largest independent family-managed Champagne producer, Louis Roederer rank amongst the region's absolute finest. Established in 1776, the House is currently managed by seventh generation family member Frédéric Rouzaud alongside long-time Chef de Cave and Champagne legend Jean-Baptiste Lécaillon. Today, Champagne Louis Roederer own an astounding 240 hectares of vineyards in the very best locations that cover two-thirds of their grape requirements and are pioneers in biodynamic farming, having converted a total of 50% of its holdings to accommodate production using biodynamic methods. Their portfolio begins with Brut Premier, one of Champagne's most seductive non-vintage cuvées and ends with Cristal, perhaps the world's most recognised prestige cuvée champagne.

Top quality grapes are the cornerstone of Roederer's style and account for their characteristic purity and elegance. Their portfolio begins with Brut Premier, one of Champagne's most seductive non-vintage cuvées and ends with Cristal, perhaps the world's most recognised prestige cuvée champagne. Created in 1876 for Tsar Alexander II of Russia, the iconic Cristal is the essence of Roederer, matched only in decadence and luxury by its pink equivalent, Cristal Rosé.

Roederer is one of the most impressive estates in Champagne. Few houses have managed to reconcile this level production in a negociant operation while achieving such a consistently outstanding level of quality across the entire range. Roederer owns 214 hectares of vineyards, which is enough to meet 65-70% of the house’s needs. The vintage wines are made from 100% estate-grown fruit, while the NV wines are made with the addition of roughly 45% purchased fruit. Generally speaking, malolactic fermentation and oak aging are used to a higher degree for the NV range than for the vintage wines. Dosage varies as well, and ranges from 11-12 grams for the entry-level wines to 9-10 for the tete de cuvee Cristal. Unfortunately because if its rabid following the vast majority of Cristal is drunk upon release, which is ironic, if not downright tragic, considering Cristal is a wine that starts peaking around age 15-20, and that can last much longer under ideal storage conditions. With Cristal, Chef de Caves Jean-Baptiste Lecaillon aims to make an ageworthy Champagne that is fresh and floral when young, but that is also capable of considerable development with bottle age, qualities the finest Cristals have in spades. In the best vintages one tank of Cristal Rose is also made that features the exquisite Pinot Noir of Ay. Unfortunately Roederer does not provide disgorgement dates for its wines, but the bottles have codes that can be traced back to dates at the winery. It would be great to see this venerable property add a simple disgorgement date, at least for their top wines, considering the significant financial investment required to purchase them.”
RobertParker.com
Dec 2008
See All Reviews
+
Customer Reviews Log in to write review Write a guest review
Awards
- 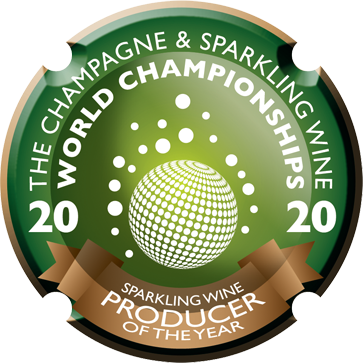