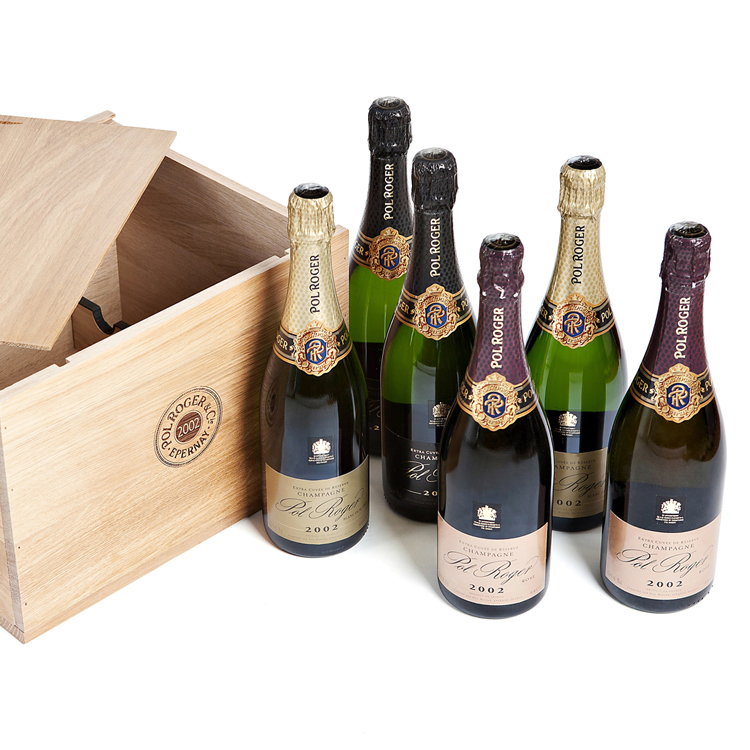 In Stock
Delivered Thu 21st Oct Same Day - cost based on mileage
- Time Left to Order
Delivered Mon 25th Oct Overnight Delivery
- Time Left to Order
Description & Technical Information
-
Pol Roger was just nineteen when he founded his estate in 1849. Still a family-run enterprise, fifth generation Billy de Hubert manages the House today. With 89-hectares of vineyards supplying half of their grape requirements and illustrious premises containing immaculate facilities including pristinely polished stainless-steel tanks. Today they own 92 hectares of vineyards and its cellars in Epernay, just off the Avenue de Champagne run for 7.5 kms, 34 metres below the ground at a constant 9 Celsius.

Remarkably, a small team of less than ten complete everything in the cellar by hand and Pol Roger boast four of the region's remaining fifteen riddlers, who impressively turn over 60,000 bottles a day. Indeed, it is this style and their respect for tradition that initiated Sir Winston Churchill's lifelong attachment to Pol Roger, who famously insisted: "In defeat I need it, in victory I deserve it." Today, their prestige cuvée is named in honour of the great man.

Pol Roger's vintage champagnes have an unrivalled reputation: produced only in the best years from the best vineyards of the best villages. With 2002 continuing to be acclaimed as one of the greatest ever vintages, Pol Roger have celebrated this legendary year with the creation of the Pol Roger Vintage 2002 Collection. This Limited Edition release contains two bottles each of Pol Roger Brut Vintage 2002, Pol Roger Blanc de Blancs 2002 and Pol Roger Rosé 2002, all housed in a beautiful oak case. This definitive range of Pol Roger Vintage Champagne is a rare showcase of the remarkable quality of this outstanding vintage. Just 100 cases have been produced.

Pol Roger Rosé 2002: For their vintage rosé, Pol Roger vinify 13% of the Pinot Noir as red wine and add it to the final blend before the second fermentation, in order “to obtain it's delicate colour and subtle nose”.

Pol Roger Vintage 2002 Collection comes presented in a beautifully branded oak case (as shown in the picture on the left). The case contains a commemorative booklet with a Pol Roger family tree, individually hand-signed by Hubert de Billy, fifth generation family member. This dates back to Monsieur Pol Roger who founded the house in 1849 and to this day the House remains small and family-owned.
Champagne Pol Roger Overview
+
Pol Roger was just nineteen when he founded his eponymous estate in 1849. Still a family-run enterprise, fifth generation Hubert de Billy is one of the descendants who manage the House today, ensuring they remain fiercely independent and unrivalled in their reputation for quality. With 89-hectares of vineyards supplying half of their grape requirements and illustrious premises containing immaculate facilities including pristinely polished stainless-steel tanks that reflect shiny tiles and snow-white surfaces, their success is a consequence of incredibly personal attention to detail. Today they own 92 hectares of vineyards and its cellars in Epernay, just off the Avenue de Champagne run for 7.5 kms, 34 metres below the ground at a constant 9 Celsius.

Cellar Master: Damien Cambres
Winery Location: Épernay | Champagne, France
Champagne Region: Côte des Blancs
Annual Production (bottles): 1,800,000
Pol Roger History
Expert Reviews
94/100
Antonio Galloni
“Pol Roger Blanc de Blancs 2002 - White flowers, lemon, slate and chamomile are some of the notes that burst from the glass in Pol Rogers 2002 Brut Blanc de Blancs Extra Cuvee de Reserve. A bright, tightly coiled wine, the 2002 comes across as quite fresh and vibrant, especially within the context of the year. Sweet floral and minty notes run through the precise, crystalline finish. Although the 2002 is absolutely delicious today, I am intrigued to see how it might age. It is utterly brilliant today.”
VinousMedia.com
Dec 2012
93/100
Alison Napjus
“Pol Roger Blanc de Blancs 2002 - Firm, with a toasty base mixing with flavors of quince paste, pastry, dried apricot, raw almond and a hint of lemon curd. There's a clean -cut note of minerally salinity throughout, accompanied by a fine bead and a lingering finish.”
Wine Spectator
Nov 2012
95/100
Stephen Tanzer
“Pol Roger Blanc de Blancs 2002 - Pale gold. Intense, mineral-dominated aromas of candied citrus fruits, pear, anise, smoky lees and chamomile, plus a sexy floral nuance and a hint of sweet butter. Palate-staining orchard and citrus fruit flavors show outstanding depth and energy, picking up chalky mineral and spice notes with air. Strikingly concentrated and precise wine with strong finishing punch and noteworthy persistence. This concentrated, deftly balanced Champagne is built for a long, graceful evolution.”
International Wine Cellar
Nov 2012
93/100
Alison Napjus
“Pol Roger Brut Vintage 2002 - Exuberant, yet graceful overall, with rich notes of ripe pineapple, guava, honey and baked peach mixing with a minerally undertow and accents of grated ginger, biscuit and fresh quince. Mouthwatering finish.”
Wine Spectator
Dec 2012
93/100
Antonio Galloni
“Pol Roger Brut Vintage 2002 - Pol Rogers 2002 Brut Extra Cuvee de Reserve is rich, creamy and seductive. An expressive, layered wine, the 2002 impresses for its overall harmony and balance. Light floral honey, mint, tangerine, cinnamon and dried pears are all woven together in this gracious, impeccable Champagne. This is a fairly reserved style for the year, but it works.”
VinousMedia.com
Nov 2012
93/100
Josh Raynolds
“Pol Roger Brut Vintage 2002 - Light gold. Vibrant, mineral-accented aromas of citrus fruits, quince and white flowers, along with subtle sea salt and iodine nuances and slow-building toastiness. Sappy, penetrating and pure, offering assertive Meyer lemon and pear flavors and complicating notes of anise and ginger. I'd have guessed that there was more chardonnay in here. Finishes with outstanding clarity and thrust, leaving a spicy quality behind.”
International Wine Cellar
Nov 2012
92/100
Alison Napjus
“Pol Roger Rosé 2002 - A floral rose, with a smoky undercurrent to subtle flavors of ripe plum, blackberry and black cherry. Mouthwatering acidity and fine texture steer this to the focused finish.”
Wine Spectator
Dec 2011
94/100
Roger Voss
“Pol Roger Rosé 2002 - From the great 2002 vintage, this is a beautiful structured wine, packed with a fine texture of red berries, intense acidity as well as richness. Intense, complex wine that could well age.”
Wine Enthusiast
Dec 2011
19.5/20
Tom Stevenson
“Pol Roger Rosé 2002 - I had great difficulty tasting this: every time I went to spit it out, I swallowed it! It was so moreish, I couldnt help myself. Exquisite pale peach colour, sublime mousse, tantalising fruit, so yummy yet so classy how on earth do they do that? The 2002 is a ros of extraordinary finesse.”
Decanter
Nov 2011
See All Reviews
+
Customer Reviews Log in to write review Write a guest review
News Articles
More Pol Roger Champagnes 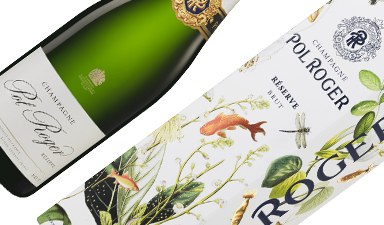 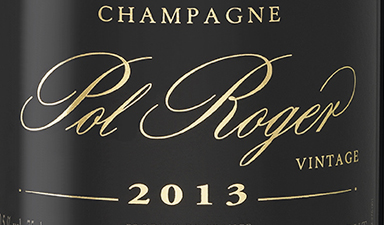 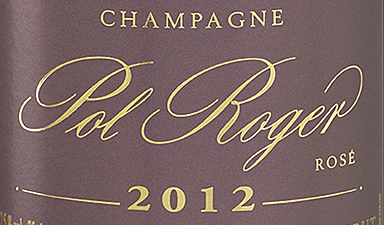