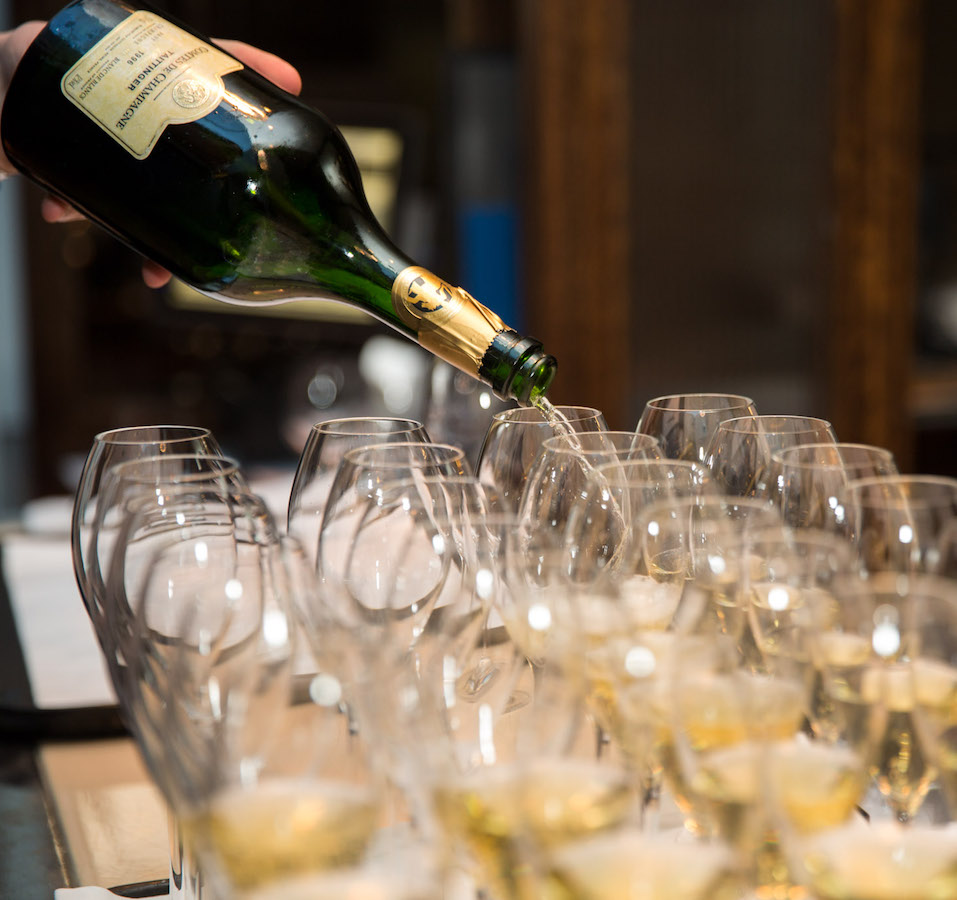 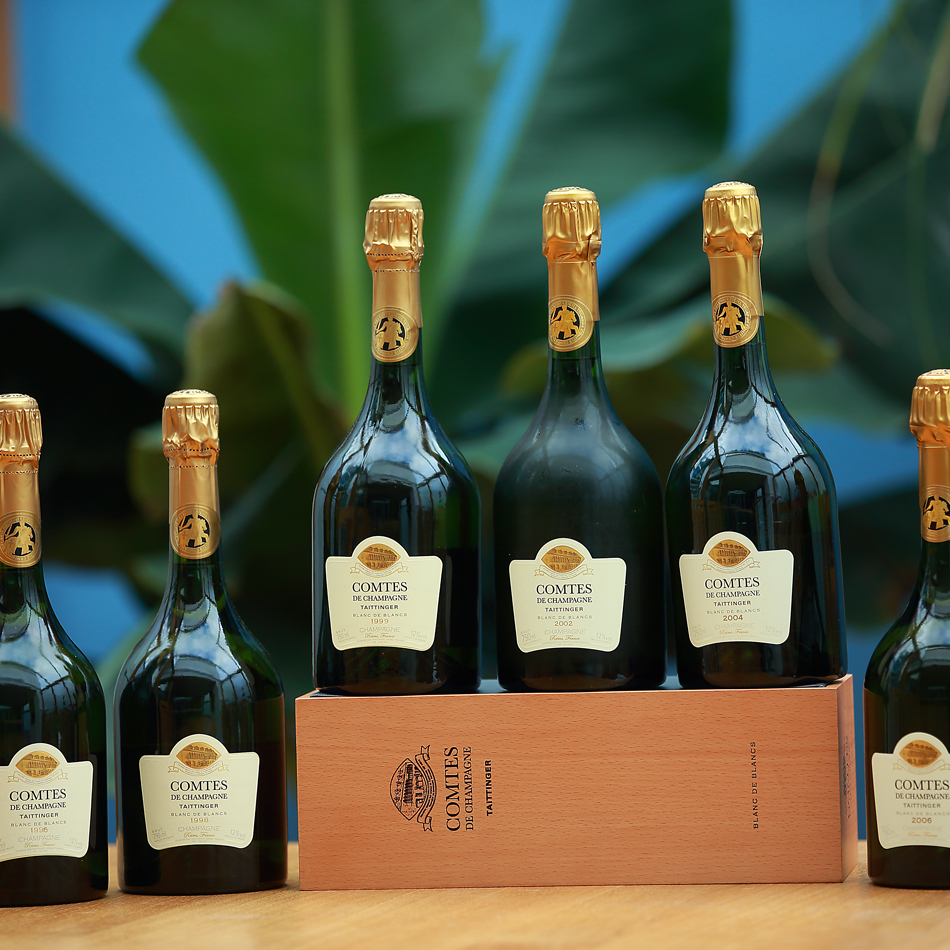 Bought directly from Hatch Mansfield, the UK agent for Taittinger. This is currently held in bond at Vinotheque in Burton-On-Trent, where it is cellared in ideal conditions and for same day deliveries small quantities are held in our London offices in a top of the range Eurocave

In Stock
Delivered Sun 24th Oct Same Day - cost based on mileage
- Time Left to Order
Delivered Tue 26th Oct Overnight Delivery
- Time Left to Order
Description & Technical Information
-
Private Tasting Experience
This is an opportunity to taste six vintages of Taittinger Comtes de Champagne at your house or at a location of your choosing with an option to be tutored through the tasting. Nick our founder presents most of these tastings, however given enough time we will invite someone from Taittinger to present the champagnes.

Originally known as Forest-Fourneaux with history dating back to 1734 and in 1932 Pierre Taittinger bought the House and the Taittinger label was born. A century of incredible growth saw Taittinger become one of the biggest producers and today is one of the last big independent, family-owned Houses. Pierre-Emmanuel retired in 2019 and was succeeded as President by his daughter Vitalie. They own 288-hectares of vineyards and the Taittinger style is the high percentage of Chardonnay. In 2017 Taittinger received two environmental accreditations: the ‘Viticulture Durable en Champagne’ (Sustainable vine-growing in Champagne) and the Haute Valeur Environnementale (HVE – High environmental sustainability.)

Taittinger Comtes de Champagne is a prestige cuvée blanc de blancs made entirely from Chardonnay grapes sourced from the best vines in the prestigious Côte des Blancs region. It is only produced when the harvest is of exceptional quality worthy of a vintage year. Winemaking methods involve strictly using just the first press juice and ageing 5% of the wines for four months in new oak barrels - a third of which are renewed every year - to enhance the intrinsic qualities and complexities of the final blend. Presented in 18th century antique style bottles, this hand-crafted champagne is aged eighteen metres underground in the UNESCO status Saint-Nicaise cellars in Reims for a minimum of eight years before being released.

Included in this collection:

Taittinger Comtes de Champagne 1999: The 2002 vintage was marked by low rainfall and a relatively mild winter. The summer was a succession of hot, sunny days. Shortly before harvest, the rain arrived but soon disappeared, giving way to sunshine once more. A pale, golden-yellow colour with a fresh nose opening on grilled, toasty notes. The palate is expressive and powerful, dominated by citrus fruit with more delicate hints of grapefruit and sweet liquorice notes. This is the most arresting Comtes since 1996: a very drinkable champagne but also one that will enjoy a long future.

Taittinger Comtes de Champagne 2002: The 2002 vintage was marked by low rainfall and a relatively mild winter. The summer was a succession of hot, sunny days. Shortly before harvest, the rain arrived but soon disappeared, giving way to sunshine once more. A pale, golden-yellow colour with a fresh nose opening on grilled, toasty notes. The palate is expressive and powerful, dominated by citrus fruit with more delicate hints of grapefruit and sweet liquorice notes. This is the most arresting Comtes since 1996: a very drinkable champagne but also one that will enjoy a long future.

Taittinger Comtes de Champagne 2004: The 2004 vintage saw a relatively soft and late summer with a warm and sunny September. This helped the sugar levels in the grapes which were low at the beginning of September and the final result was good quality fruit. The quantity was also excellent and this combination made it a very good year for Champagne. A rich, enticing aroma of hazelnut with flavours of pastry, poached apple, honey and ginger in the mouth. Complex and well-knit, this has a racy endurance. Comtes de Champagne 2004 reveals the full ageing potential typical of the great Chardonnays from the Côte des Blancs.

Taittinger Comtes de Champagne 2005: A warm year marked where too much rain in July and early August made it challenging for the Pinot Noir growers. With Chardonnay it was another successful year as Chardonnay survives wet weather spells and once the summer came back in mid August the grapes ripened and a healthy crop was picked. The 2005 vintage reputation is average, but seek out the top Chardonnay and you will mostly discover very good Blanc de Blancs

Taittinger Comtes de Champagne 2006: The 2006 vintage was a markedly hot year. Fortunately after a cold and snowy winter, there was no damage in the vineyards and the spring levelled things out with steady and mild weather patterns. A variable and unpredictable summer brought periods of extreme heat punctuated by storms in July, but cooler temperatures in August led to an unaffected harvest. Light and refreshing, this is at once intriguing on the nose, with mature notes of ripe fruit and raisin. Well-balanced on the palate with incredible complexity, the dosage of 9 g/L is evident in the full-bodied yet sweet richness. This is an exceptionally pure expression of Chardonnay that is delicious now but promises exciting development over the coming years. One of the best Comtes we've ever tasted!

Taittinger Comtes de Champagne 2007: A fine delicate nose which combines white blossom and light citrus hints. The palate is vibrant with lemon and good minerality, a creaminess throughout with bundles of peaches, lemon and undertones of smokiness. The finish is long and lingering which elegantly ends this well rounded 2007.

Taittinger Comtes de Champagne 6 Vintage Experience includes six 75cl bottles as described.
Champagne Taittinger Overview
+
With history dating back to 1734, Champagne Taittinger is the third oldest House in the region. When Pierre Taittinger purchased Forest-Fourneaux in 1932, the label was officially born and a century of incredible growth saw Taittinger become one of the biggest producers and one of the last big independent, family-owned Houses. This changed briefly after a takeover in the early 2000s, however the House was bought back into the family in 2008 by Pierre-Emmanuel Taittinger. Today, the brand has been successfully refreshed with entrepreneurial spirit and is firmly under family control: Pierre-Emmanuel retired in 2019 and was succeeded as President by his daughter Vitalie, supported by her brother Clovis who was promoted to Managing Director primarily focusing on global sales.

The proud owners of 288-hectares of vineyards in the best localities, Taittinger self-supply half of their grape needs. The hallmark of the Taittinger style is the high percentage of Chardonnay, providing the characteristic elegance, delicacy and freshness for which their champagnes are so well-known. The pride of the House is the pure-Chardonnay prestige cuvée Comtes de Champagne, a pioneering blanc de blancs that ranks amongst the finest of all prestige cuvées. In late 2015, Tatittinger announced that they had started sparkling wine production in Southern England. 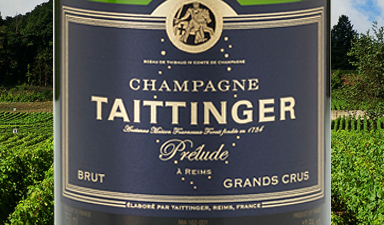 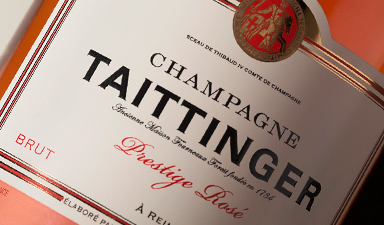