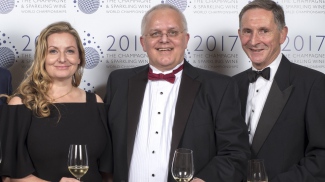 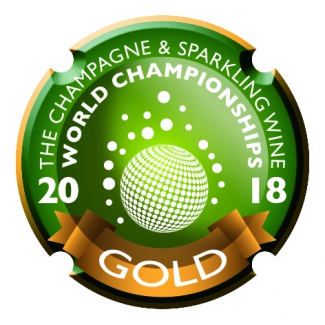 116 Gold medals were awarded this year, 45 of which went to Champagnes 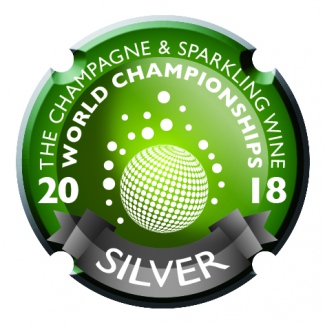 128 Silver medals were awarded this year

Unique in that every single wine is assessed under blind conditions by the same three judges â€“ guaranteeing equal and objective evaluation across the board – the Champagne and Sparkling Wine World Championships (CSWWC) is the world’s premier fizz competition. Boasting the unrivalled expertise of specialist judges Tom Stevenson, Essi Avellan MW and Dr Tony Jordan, no other competition can attract the breadth and quality of entries that the CSWWC receives year upon year.

In late-May 2018, the trio returned to Royal Tunbridge Wells for the fifth edition of the CSWWC. Two weeks of intense tasting and judging saw the expert team sample more than two thousand sparkling wines from nearly 30 different countries, including India and Moldova. Upon unanimous agreement, aÂ total of 116 Gold and 128 Silver medals were awarded to 18 different countries.

Tom Stevenson commented: “We have been really impressed by the standard of sparkling wines that have entered this year, the bar was set high from day one and the medal count reflects this.” Interestingly, whilst the competition only awards Gold and Silver medals, Stevenson noted the promising potential of the theoretical Bronze medal wines: “There were 219 theoretical Bronze medal wines this year that can and should give them hope for the future.”

Rising technological developments in sparkling wine production were also evident in this year’s CSWWC. Competition Steward Simon Stockton (a champagne expert in his own right)Â told The Buyer: “Another trend is the increase in technological closures on wines entered. This year weâ€™ve seen more DIAM Mytik closures than in 2017 and, thankfully, a reduction in clear glass bottles. Producers are embracing technology and protecting their wines more than in past Championships.”

Although we will have to wait until the CSWWC Award Dinner on October 24 (tickets here) for theÂ Best in Class and Trophy awards, the Gold and Silver medal winners – awarded to entrants from 18 different countries – were announced last week. Perhaps unsurprisingly, France gained the largest haul with 47 Gold and 36 Silver medals. Champagne itself received a whopping 45 Gold medals this year, nearly 39% of the total number awarded.

Below, we discuss some of the noteworthy ChampagneÂ winners. The full list of award winners can be viewed here.

A few older vintages (which are mostÂ likely to be awarded the Supreme World Champion accolade) were entered into this year’s competition. Louis Roederer – who once again dominated, picking up an astonishing 11 Gold medals – entered two of their best ever champagnes from magnum:Â Louis Roederer Cristal 2002Â and Cristal RosÃ© 2002. Both have previously won the Supreme World Champion trophy, Cristal RosÃ© 2002 from bottle in the 2014 CSWWC and Cristal 2002 from magnum in the 2016 CSWWC.

The two most exciting vintages beginning to emerge on the market, 2008 and 2012, also had notable entrants. The excitement surroundingÂ Louis Roederer Cristal 2008Â – Chef de Cave Jean-Baptiste LÃ©caillon’s “best ever vintage” – is palpable, and the addition of a 2018 CSWWC Gold medal will only fuel the fire. Despite not even being available on the market yet, this has a real shot at Supreme World Champion, which would be an incredible feat for a champagne so young.

From 2012 cameÂ Louis Roederer Brut Vintage 2012Â from magnum andÂ Taittinger Brut Vintage 2012. Both were deserving Gold medal winners and evidence the potential of 2012, a vintage in the same league as 2002 and 2008 when it comes to quality.

Notable future Champagne medal winners includeÂ Louis Roederer RosÃ© 2013Â (which indicates it may be on the market within the next 12 months) andÂ Dom PÃ©rignon P2 2002, both picking up Gold medals. Likely to be released spring 2019, the second plÃ©nitude release of Dom PÃ©rignon’s best-ever champagne vintage, P2 2002, promises to be in a class of its own. Another contender for Supreme World Champion.

Nearly a quarter of all Gold and Silver medal winners in 2018 were entries from magnum, including 20 of Champagne’s Gold medals (44%). The competition witnesses an increase in entries from magnum every year and Stevenson is a huge fan:Â “With a Bronze from a classic sparkling wine appellation, it is easy for producers to submit a magnum the next year and almost guarantee a Silver or even a Gold because the difference in quality between a regular 75cl bottle and a magnum of effectively the same wine is truly that great.”

Although prestige champagne is our passion and primary focus here at The Finest Bubble, we also listÂ some English Sparkling Wines. An appellation that is continuing to impress performed well once again at the 2018 CSSWC, picking up 9 Gold and 18 Silver medals.

And so the waiting game begins for the CSWWC Award Dinner where the trophy winners will be announced. TheÂ Supreme World Champion trophy has been dominated by Dom PÃ©rignon and Louis Roederer Cristal since the competition began. Can anyone beat them to the top spot this year? Weâ€™ll have the full report here in late-October. 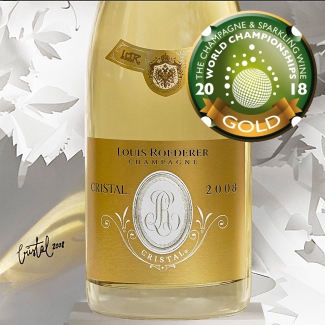 The first of many Gold medals for Louis Roederer Cristal 2008? 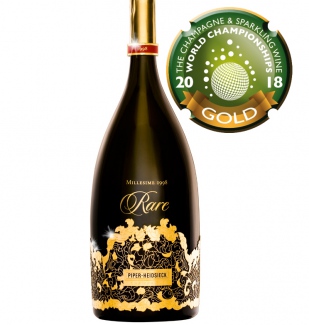