At JancisRonbinson.com, this is the ‘Week of Effervescence’. All this week, and next Monday, JancisRobinson.com have been publishing tasting articles thatÂ feature that delicious mixture, wine and carbon dioxide â€“ essentially, Jancis’s week of champagne tastings at 67 Pall Mall. Below are links to the champagne and English sparkling wine articles not previously shared on The Finest Bubble website. 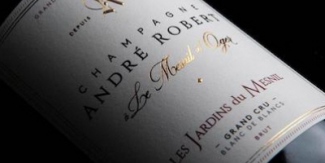 In this article, Jancis recounts her recent experience tasting a range of ‘single-estate’, or grower, champagnes selected by Tim Hall of Scala Wine.

The first of a week-long wallow in sparkling tasting articles focuses on grower champagnes.

“It seemed to me, admittedly on the basis of a small sample, that overall these champagnes were rather less austere than some of the champagnes called grower champagnes by so many. I don’t know whether this is because of the sorts of wines Tim Hall personally favours, of because more and more growers/single-estate producers are realising that dosage is not necessarily evil, or because summers are getting riper and acid levels in grapes are falling.” 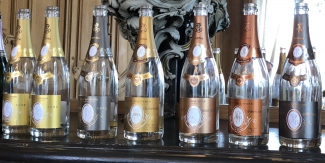 In this article, Jancis discusses her recent tasting with Louis Roederer Chef de Cave Jean-Baptiste LÃ©caillon, in which he showcased the new late-release VinothÃ¨que range, accompanied by a few vintages of Cristal.

“On the Monday of that week Louis Roederer’s much-admired technical director Jean-Baptiste LÃ©caillon came to London to present the latest releases in their VinothÃ¨que series of late-released champagnes, a 1995 and 1996 both white and rosÃ©. Since LÃ©caillon made the trek, Roederer obviously thought it was worth opening two of the greatest white Cristals too, representatives of the celebrated 2008 and 2002 vintages. After all, why wouldn’t you?”

England vs Champagne – A Re-Run 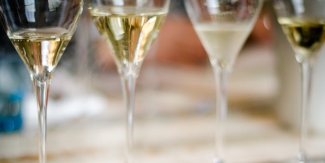 English sparkling wine went up against the champagne top guns

Another blind comparison between the best of English wine and, this time, the best of Champagne.

“The day after the Dom PÃ©rignon extravaganza described yesterday, I was back at 67 Pall Mall hosting a blind comparison of English sparkling wine and champagne held for the members of this wine-minded club plus a few wine professionals. Founder Grant Ashton had held a similar exercise last year attended by Tam, but it was not a huge success. The service and scoring, involving manual addition by Master Sommelier Ronan Sayburn, were less than perfect, and the inclusion of a flight of still wines was agreed to be superfluous.” 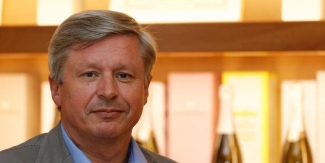 In this article, Tim Hall of Scala WineÂ interviews Louis Roederer Chef de Cave Jean-Baptiste LÃ©caillonÂ to get his take on the particularly ripe, early 2018 harvest in Champagne.

The 2018 Champagne harvest began on 21 August, almost the earliest ever, although in 2011 picking started two days earlier. In late August 2018, producers were posting images of the reddest Pinots and the most golden Chardonnay grapes they had ever seen in Champagne.

It was a beautiful year. I do not remember another quite like it since I came to Roederer in 1989. You had a big crop with four characteristics â€“ big volume, almost totally healthy grapes with no botrytis, high and even ripeness, and low acidity. But when you have such perfect conditions you also have, it seems, more winemaking options on the positive and creative side. You are not compensating for shortcomings in the grapes, you are making the best you can from the best there can be. There is a great responsibility to express what the year presents you with.”