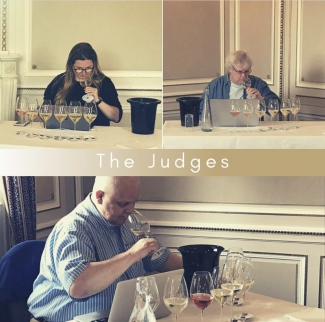 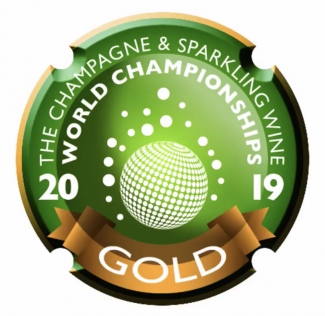 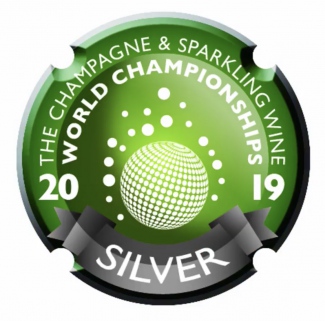 The world’s foremost fizz competition saw expert judges Tom Stevenson, Essi Avellan MW and George Markus return to Salomons Estate in Royal Tunbridge Wells in May 2019. Their task: to taste, judge, and score quite literally thousands of sparkling wines in just two short weeks. It’s a hard life for some!

The sixth edition of the Champagne and Sparkling Wine World Championships (CSWWC) was the biggest yet, with one-third more entries than the record-breaking previous year. The increase in participation comes primarily from Italy, a region which has doubled its entries in recent years. There has also been an average 75% increase in the number of entries from the USA, Canada, Spain, New Zealand, Moldova, Germany and China.

In 2019, a total of 185 Gold and 212 Silver medals were awarded to an impressive 18 different countries, including debut entrant Bulgaria. For a category utterly dominated by Champagne for much of its history, the rise of sparkling wines from other regions of the world is an exciting prospect for the future.

Indeed, for the first time since the championships began, Italy overtook France to claim the largest-ever national haul of medals, with 71 Golds and 92 Silvers. The 2019 competition was also another successful one for English sparkling wine, which almost doubled its 2018 tally of Golds (with no less than 16), establishing itself as third on the national leader board. That said, Champagne once again reigned supreme as the most awarded region,Â claiming 61 Golds and 49 Silvers (33% and 23% of the total, respectively).

Tom Stevenson, Founder and Chairman of the CSWWC, commented: â€œOver the last six years I have tried to encourage producers to focus their entries on potential Gold and Silver medal winning wines. That does not necessarily mean their most expensive and prestigious products. Yes, we want to taste prestige cuvÃ©es, if they have the potential, but if they consistently fail at the CSWWC and their entry-level cuvÃ©es regularly win Gold, then I try to persuade them to save their money and focus on their high-performing entry-level wines.”

“The competition has grown every year, but as each new entrant discovers how highly specialised and niche the CSWWC is, so they understand that deciding what to enter is not the same as it is for one of the big, all-encompassing competitions, thus the growth has been a case of two steps forward, one step back. Until 2019, that is, when we experienced an unprecedented increase of one-third more entries. I hope this means that they get it at last!”

Although the Best in Class, National Champions and World Champions by Style will not be revealed until this yearâ€™s CSWWC Awards Dinner at Merchant Taylorâ€™s Hall in London on 4th November 2019, the Sparkling Wine Producer of the Year Trophy is awarded strictly according to the highest number of Gold medals won, so has already been announced. A closely fought battle between last year’s victor Champagne Louis Roederer and Trentodoc’s Ferrari was eventually won by Ferrari, who picked up an astonishing 15 Gold medals.

Below, we highlight some of the noteworthy ChampagneÂ winners. The full list of award winners can be viewed here.

A number of recently released champagnes were amongst the medal winners this year, heralding primarily from the unparalleled 2008 and 2012 vintages. It was all Gold medals for the 2008 entrants, including the spectacular Dom PÃ©rignon 2008 (from magnum!), Laurent-Perrier 2008Â (also from magnum) which was launched just last month, and the new prestige cuvÃ©e Veuve Clicquot La Grande Dame 2008, which was entered (and claimed Gold) from both bottle and magnum.

An older entry from bottle which deserves special mention isÂ MoÃ«t & Chandon MV MCIII. While the medals list doesn’t provide further information, it is safe to assume this is the second edition of MCIII ‘002.17’ (the 002 in the codename represents the second edition, while .17 refers to its disgorgement in 2017). More information on this champagne can be found here.

The CSWWC 2019 once again demonstrated the strength of the larger format. No less than 43 of Champagne’s Gold and Silver medal winners were magnums, an impressive 39% of the total. Some producers even elected to enter magnums only, including Dom PÃ©rignon, Laurent-Perrier, Palmer & Co, and Pommery (7 of the 10 medals awarded to Louis Roederer were for magnums also).