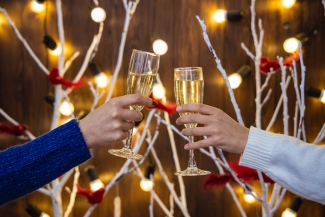 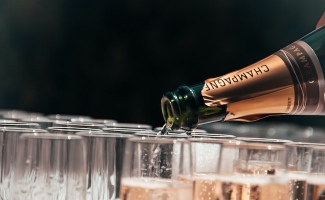 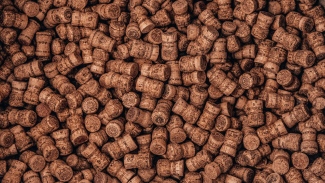 Last month, we reported that Champagne shipments in 2021 were predicted to reach near-record levels and now it has been confirmed that last year was indeed a record year. Overall shipments (which include the domestic market) clocked in at 321.8m bottles; 31.8% higher than the total for 2020 (245m bottles); 8.2% higher than 2019 (297.5m bottles); and only short of the 322.9m bottles sold in the second-best previous year of 2011 (see here for historical figures).

Country by country shipments are not yet available, however overall export figures reveal a 37.5% increase to 179.9m bottles compared to 2020 and a 15.3% increase (the equivalent of an extra 24m bottles) compared to 2019, which was a record year for Champagne exports.

The large houses (or négociants) that dominate sales saw a 24.7% increase in domestic shipments to 78.2m bottles compared to 2020 and a 36.1% increase in exports to 156.1m bottles (which on its own is slightly higher than the previous record level of 155.9m bottles in 2011 for exports from all producers in the region). While the maisons’ export shipments were up 15% on 2019 levels, domestic shipments were down 1% on 2019, adding credence to the widespread speculation that had the houses produced more champagne in 2021 they would have sold more.

The growers (or vignerons), who were much harder hit by the lower yields forced on them by the négoce in 2020, were consequently not able to take advantage of the recovering demand in France. Their domestic shipments, while up 21.9% on 2020 levels, were down 0.8% on pre-pandemic 2019 levels. However, growers’ exports recovered significantly, rising 55% compared to 2020 and 39.6% compared to 2019 – perhaps an indication that the growers prepared for exports concentrated on these more lucrative markets, where prices are often significantly higher than at home.

Announcing the figures, Maxime Toubart, président of the Syndicate Général des Vignerons, and co-president of the Champagne Comité, said, “This rebound is a good surprise for the people of Champagne after a year 2020 very impacted by the closure of the main places of consumption and the absence of events around the world.”

However, his Champagne Comité co-chairman Jean-Marie Barillère, also president of the l’Union des Maisons de Champagne, was more cautious in his analysis. Although Champagne has achieved a record turnover of more than €5.5 billion in 2021, average Champagne shipments over the last two years (2021 and 2020) were just 280m bottles and turnover was €4.9 billion – below pre-pandemic levels.