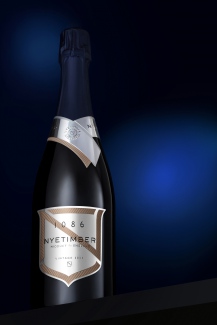 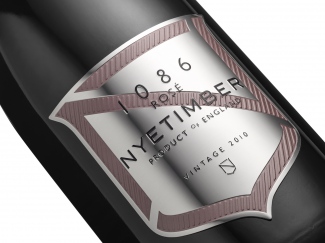 It’s been a big year for Nyetimber. The pioneering English sparkling wine producer based in West Sussex has been celebrating its 30th anniversary in 2018. To mark the occasion, Nyetimber decided to redesign its labels, opting for a new shield design with coloured bands that denote the wine inside the bottle:Â blue for the Classic CuvÃ©e, pink for the RosÃ©, gold for the Single Vineyard and white for the Blanc de Blancs.

At the International Wine Challenge 2018 in July, a landmark evening for English sparkling wine saw Nyetimber’s Chief Winemaker Cherie Spriggs named Sparkling Winemaker of The YearÂ – the first time the award has been given to both a woman and to someone outside of Champagne. Nyetimber also expect to surpass the annual production milestone of one million bottles in 2018.

And finally, after nearly ten years of hard-work and secrecy, Nyetimber revealed two groundbreaking new cuvÃ©es at an exclusive launch event at The Ritz in London earlier this week. The new range, named ‘1086’, is the first prestige cuvÃ©e level English sparkling wine and aims to rival the very best of Champagne, both in quality and price tag.

“The wines are characterised by their balance, acidity, length and texture” – CherieÂ Spriggs, Chief Winemaker

Originally called ‘Nitimbreha’ (‘newly timbered’), the Nyetimber estate made its first appearance in recorded history in the Domesday Book of 1086. Nearly a thousand years later, Nyetimber became the first English vineyard to exclusively plant the ‘holy trinity’ of Chardonnay, Pinot Noir and Pinot Meunier vines, in 1988.

Since then, Nyetimber have spearheaded the use of Traditional Method champagne production in England, releasing the Single Vineyard sparkling wine Tillington in 2013 (modelled on the ‘clos‘ concept in Champagne) – the first English fizz to cost more than Â£50.

It seems only fitting then, that Nyetimber are the producer to once again set new standards for English sparkling wine. The 1086 range includes two vintage-dated prestige cuvÃ©es: a sparkling white and a sparkling rosÃ©. The pair will be produced only inÂ exceptional vintages, using grapes picked from the best parcels on the estate, and the blends will vary with each vintage.

Chief Winemaker Cherie Spriggs commented: “A wine like 1086 is only possible because we harvest and ferment each parcel separately.Â With over 90 separate parcels in our vineyards, we can nurture and develop their nuanced flavours to create the ultimate expression of the estate. 1086 represents the best of the best from those parcels.”

The first vintages – 2009 for the white and 2010 for the rosÃ© – have been made in very limited quantities. Just 2,600Â bottles and 40 magnums of the white cuvÃ©e, and 12,000 bottles and 850 magnums of the rosÃ© cuvÃ©e, were produced. We tasted them at The Ritz launch event earlier this week and were blown away by their fine balance and remarkable texture. This level of depth and complexity is undeniably a first for English sparkling wine and not only are they tasting great now, but they clearly have the substance to evolve with age.

Indeed, extended ageing is already a clear factor in the supremacy of the 1086 range. The minimum of 5 years ageing on the lees andÂ 2 years post-disgorgement bottle ageing provide both critical complexity and impressive development. It must also be said that whilst both are tremendous cuvÃ©es, the rosÃ© is particularly standout, proving how well-suited Pinot Noir is to the climate of southern England.