The highly anticipated Salon Le Mesnil 2004, the 34th Salon to be released, is soon to be available. A limited release of 42,000 bottles and 3,000 magnums worldwide, Salon’s UK distributor Corney and Barrow only has 4,200 bottles to sell. Victoria Moore attended the launch which was hosted by Salon president Didier Depond, conducted a “vertical tasting the like of which hasn’t been seen since 1999.”

Victoria comments that “The 2004 was already showing more evolution than the 2002, opening with quite a lot of spice and opulent power compared to the sleeker, more arrow-like lines of the 2002.”

To read the full article published in the Telegraph click here. 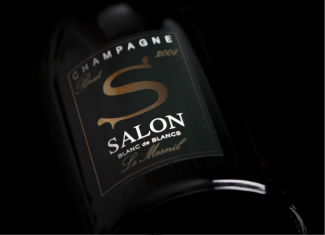 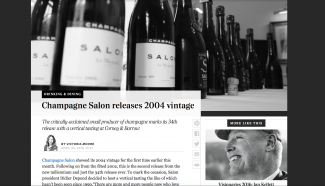 Salon Le Mesnil 2004 will be available in June. To subscribe to updates about products, new stock and tastings please use the link here.