Winding its way through the Montagne de Reims, from the southernmost tip of Reims all the way through to FÃ¨re Champenoise, just east of the CÃ´te de SÃ©zanne, is the scenic D9. A classic French main road – whose speed limit appears to be personal choice (drivers average anywhere between 70 km/h to 130 km/h) – it connects some of the region’s most noteworthy villages: the Premier Crus of Ludes, TauxiÃ¨res, and Mareuil-sur-AÃ¿ in the northern Montagne de Reims, with the Grand Cru villages of Avize, Le Mesnil and Vertus in the southern CÃ´te des Blancs.

Before reaching any of these prestigious destinations however, wine lovers heading south from Reims will pass a particularly picturesque domaine, sheltered by the dense woods of the Montagne on one side and a steep hill on the other.Â Tucked away on a remarkably bendy stretch of road, not quite in Ludes and not quite in Mailly, lies the grower champagne producer,Â BÃ©rÃªche et Fils.

A more appropriate name might be BÃ©rÃªche et FrÃ¨res: the house is currently managed by brothers RaphaÃ«l and Vincent, the family’s fifth generation, who took 15 years to establish full control of the business from their parents. They divide roles – RaphaÃ«l works in the cellars and Vincent in the vineyards – and it was on an especially sunny day in June that we met with RaphaÃ«l to learn more about this ambitious house.

“The first reason to make champagne is to express the terroir,” said an infectiously energetic and cheerful RaphaÃ«l. The terroir in question for BÃ©rÃªche et Fils is spread acrossÂ the Montagne de Reims and into the left bank of the VallÃ©e de la Marne. The majority of their 14 hectares of vineyards are located in nearby Ludes and Ormes (in the Petite Montagne). They also have 3 hectares in Mareuil-le-Port, to the south-west of the Montagne de Reims, and 0.5 hectares of prized Chardonnay in the Premier Cru village of TrÃ©pail.

However, RaphaÃ«l was most excited about their most recent – and first Grand Cru – acquisition: a small 0.4 hectare plot in Mailly, planted in 1954. The size might sound insignificant, but a purchase of this prestige, in an appellation where a single hectare of land in the highest rated villages can fetch up to an eye-watering â‚¬1.5 million, is precious. Despite the average holding per grower being just 0.12 hectare (and closer to 0.5 hectare is needed to fill a champagne pressing machine), the brothers had to look high and low for “a grower with an old vineyard who doesnâ€™t want to make his own wine”, before stumbling across their treasure.

Prime real estate is one thing, but it is the brothers’ hands-on, quality-focused, detail-driven approach;Â combining innovative work in the cellar with a turn towards natural viticulture, that is slowly transforming BÃ©rÃªche et Fils from a top grower into an iconic domaine. They were the first in the Montagne to ditch pesticides, haven’t used herbicides since 2002, and have started using cover crops and biodynamic farming methods to encourage soil and vine health. Although not certified organic, RaphaÃ«l estimates that every two out of three years they follow organic practices to the letter.

In the cellar, they are focused on the fine details. Each parcel is vinified separately and around 80% of their wines are fermented in neutral, large French oak barrels – always bought new, washed with the last juice of the Chardonnay press and left to stand for a year – for a long period of six weeks. Second fermentation takes place under cork and traditional agrafe rather than crown caps (which are “very closed… the exchange is finished”), for all but the non-vintage champagnes. They don’t use commercial yeasts, malolactic fermentation is blocked on everything but the reserve wines, lees ageing takes anywhere between three and eight years (“to encourage terroir expression”), and all bottles are disgorged by hand.

Aside from their two non-vintages, they only produce single vineyard champagnes, which speaks to RaphaÃ«l’s first reason for production (“to express the terroir”). They also bottle a blanc and a rouge Coteaux Champenois; still wines of the region which are often considered the most authentic expression of the land.

Their champagnes are first-rate and very precisely structured, a testament to their fine tuning in the cellar. Each is clearly distinguished from the other and to taste the range in one sitting is to really take a journey across the appellation. As with many growers, BÃ©rÃªche are generous with their information and a well-presented portfolio provides astonishing detail about each champagne, from the average vine age in the vineyard, to the specific altitude and gradient of the slope. Where available, this information has been included with the tasting notes below.

RaphaÃ«l truly bubbles over with enthusiasm and passion for his trade. Alongside AurÃ©lien Laherte, he initiated the hugely popular Champagne Week, which takes place every April. The BÃ©rÃªche brothers clearly adore their work, and their love for the family’s vineyards and respect for terroir focused champagne is evident not only in their spirited manner, but more importantly in the quality of their wines.

Crucially, they are also no strangers to hard work, a trait which clearly runs in the bloodline. Their grandfather was producing just 20,000 bottles a few decades ago; their parents took production volume up to 80,000 bottles; and today, the BÃ©rÃªche brothers, with assistance from the ten workers they employ in the vineyard, are making more than 110,000 bottles of champagne per year. 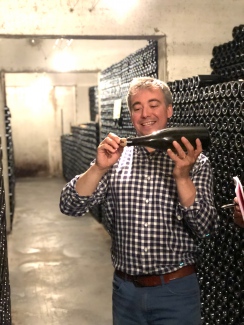 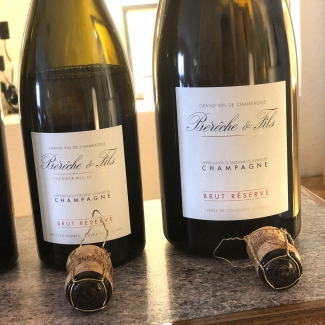 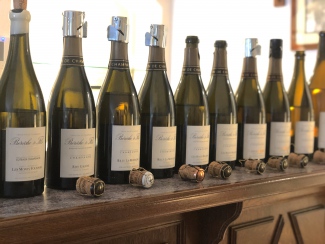 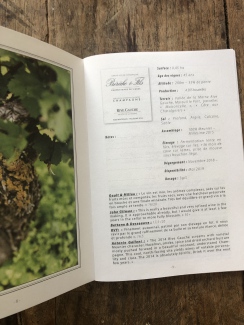 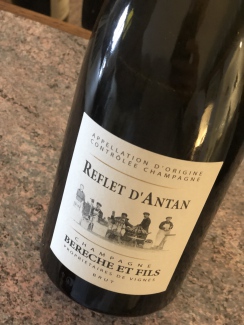