It’s been a big year for Billecart-Salmon, who, founded in 1818, recently celebrated their 200th anniversary. As well as releasing the special edition champagneÂ Billecart-Salmon Bicentenary CuvÃ©e 200 MV, the house announced some key personnel changes. SeventhÂ generation family member Mathieu Roland-Billecart took over as Chief Executive Officer in January 2019, a role previously assumed by his cousin FranÃ§ois Roland-Billecart. And in 2018, winemaker Florent Nys, who has been with Billecart-Salmon since 2005, took over as Chef de Cave, following the retirement ofÂ FranÃ§ois Domi.

It was Florent whom we met for our vins clairs tasting at the house in Mareuil-sur-AÃ¿ last month. Seeming quite pleased to have 2018 as his first harvest in charge, Florent told us that Billecart-Salmon were one of the very first houses to start picking last year, commencing with the Pinot Meunier grapes on 22nd August in the VallÃ©e de la Marne village of Damery.

“The average sugar level in 2018 was 10.5 and the average pH was 3.0, which is low,” Florent said. He explained that the pH level is even lower (under 3.0) in the wines stored in barrels, partly because of the sulphur transfer and because the wines that go into barrel originate from vineyardsÂ “where the soil is worked a lot”.

We began our base wine tasting with Pinot Meunier, a key grape variety for Billecart-Salmon, which forms the majority of their Brut RÃ©serve NV blend. Despite being Autre Cru rated villages, Florent described Damery and Venteuil as their “two most important crus”. As the winemaking team are looking for fruit and warmth from the Pinot Meunier, they typically block malolactic fermentation to help keep the freshness.

All of the base wines at Billecart-Salmon had great freshness, power, purity and precision. Asked to pick an absolute favourite, Florent highlighted Ambonnay, which, with its black cherry flavour and spicy finish, was one of the star villages for Billecart-Salmon last year.

Florent also shared the Brut RÃ©serve NV and RosÃ© NV blends, having recently completed the assemblage process. With over 400 vats, many different reserve wines and a perpetual solera blend to choose from, the Brut NV’s are the most complex to blend. A little over 5% of the wines in this year’s assemblage were matured in oak barrels, which Billecart-Salmon “do not fill to the top”, preferring instead to “leave some air and oxygen” in the barrel.

The red wine, which constitutes 7% of the RosÃ© NV blend this year, is produced using cold maceration at Billecart-Salmon. The number of days the maceration process takes is once again not systematic and depends on the vintage. Florent explained they use low temperatures for the red wine fermentation as they “donâ€™t want to extract too many tannins, just a little colour and aromas”. This technique is showcased in the delicately light pink, almost yellow, colour for which Billecart-Salmon RosÃ© NV is famous.

CuvÃ©e Louis Vintage 2006, a blanc de blancs originating primarily from Le Mesnil with some Chardonnay from Chouilly and Avize, was a particular standout, with itsÂ creamy and silky smoothÂ texture. Also impressive was the recently released Vintage 2008 – aÂ very focused wine with incredible sharpness, freshness and a hint of spice. 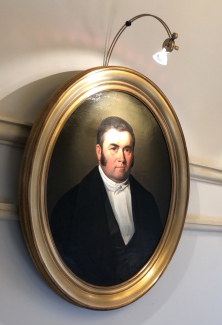 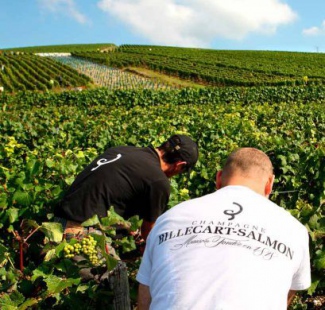 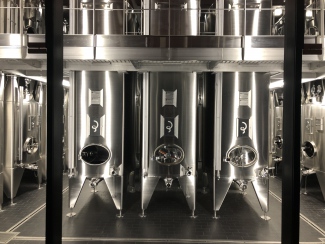 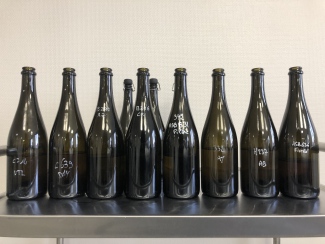 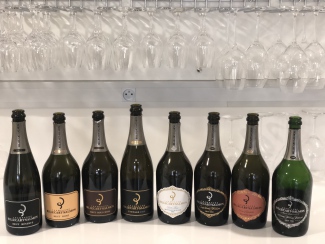