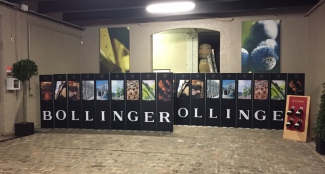 ChampagneÂ Bollinger. This famous house situated to the south ofÂ the Montagne de Reims takes Vins Clairs tastings much more seriously than other producers. Every year trade representatives, journalists and fanatical consumers alike descend on the village of AÃ¿ to visit the Maison and gain an insight into the latest vintage. Typically grand affairs, we attended the 2015 Vins Clairs tastingsÂ last year, learning about the vintage over a three day experience.

This year however with ten other houses to visit, we just popped by for a quick tasting of the 2016 base wines. It was March-mania as usual for Bollinger and although due to meet with Chef de Caves Gilles DescÃ´tes, he was unavailable – much of the information below was provided at a later date. 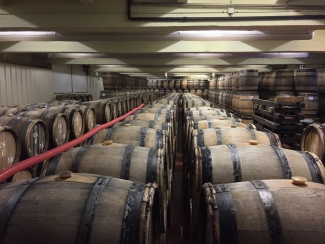 Â  Â  Oak barrels at the impressive winery in AÃ¿

Bollinger appear to have been quite fortunate during the climactically difficult 2016 season, but still some hardships could not be overcome. Of note was the historically mild winter – particularly December 2015 which saw record-high temperatures – followed by a disastrously cold start to spring. Consequently, the Bollinger house reported a late bud burst of around 20th April (to put that into perspective, the Champagne region has already been seeing bud burst in the last fortnight or so for the 2017 vintage), with serious frost appearing towards the end of the month. This frost had major consequences for the region: entirely destroying nearly 4,500 hectares, with half of the damage occurring in the Aube area alone.

Bollinger reported damage to be particularly significant in the Pinot Meunier village of Champvoisy (80% loss) and the Chardonnay village of Cuis (25% loss). Fortunately, the house’s Pinot Noir vineyards were barely affected. Spring and summer then brought little sun and lots of rain, with record high precipitation and record low sunshine hours. This mediocre weather led to late blooming (around 25th June) and major flooding – comparable to the 1988 vintage. This record rainfall, as predictable, brought with it a succession of diseases: penduncular rot and aggressive downy mildew. However, whilst the CIVC estimated average damage to the region to be 15% of the yield potential, Champagne Bollinger reported a reduction of just 5% – in their words “proving that sustainable wine-growing techniques are compatible with effectiveness!” 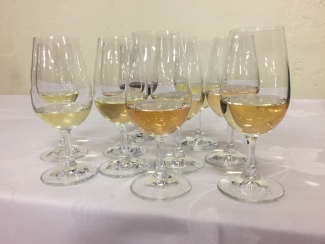 Bollinger also revealed that whilst challenged last year, their recent commitment to excluding the use of herbicides was upheld – an achievement we applaud.Â The unusual harvest widely experienced elsewhere was also seen at Bollinger. In a return to favour, the dry and very hot August weather cured many patches of downy mildew and botrytis, even scorching some bunches! Whilst the maturation process for the black grapes got off to a vigorous start, the Chardonnay was slower to react, resulting in an unusual staggered harvest.Â Indeed, Chardonnay picking onlyÂ began on 27th September when the Pinot Noir crus were already finished – a highly abnormal occurrence for the Champagne region – with Meunier grapes beginning harvest on 13th September and Pinot Noir on the 19th September.

Bollinger’s reported yields were relatively low: approximately 9,000 kg/ha, but “the quality was perfect.” With a total acidity near 8 g/L, a pH around 3 and an especially perfect healthy condition – the house consider this success miraculous in view of the year’s growing conditions.

Putting these claims to the test, the house presented us three Chardonnay, one Pinot Meunier and four Pinot Noir base wines, plus the completed Special CuvÃ©e blend and La CÃ´te aux Enfants to sample. 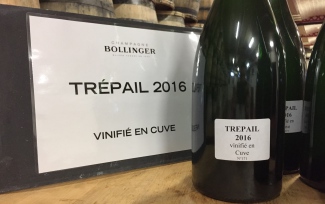 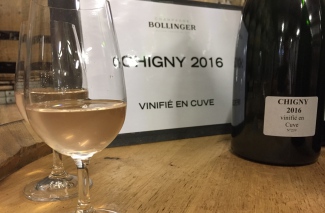 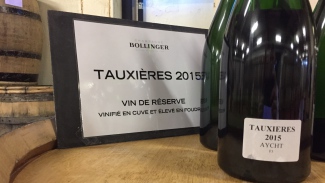 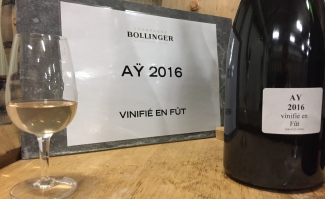 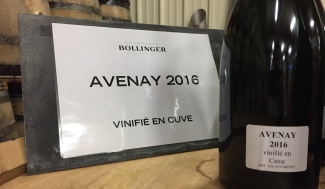 Noting that the region’s Chardonnays as a whole were widely harvested too early, we were told this was not the case for Bollinger. Commenting on the overall potential of the 2016 vintage, the house reported: “From our point of view, at this stage, the great success of 2016 should should be the Pinot Noirs of the GrandÂ and Premier crus of the Montagne de Reims… and so much the better for us!”

Next we tasted the completed Bollinger Special CuvÃ©e blend with 2016 as a base vintage, due to be bottled in April 2017. We also tasted Bollinger’s famous red wine, La CÃ´te aux Enfants 2016. 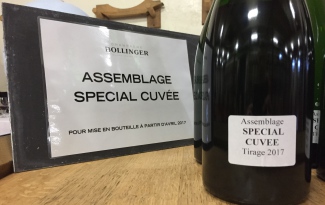 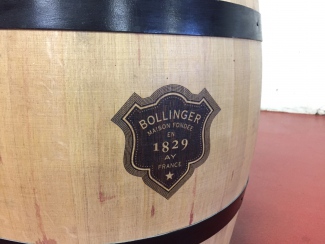 As we said earlier, 2016 appears to have been kind to Bollinger. Where other houses experienced more severe vineyard destruction, Bollinger were less affected and displayed goodÂ foresight in delaying the Chardonnay harvest. The underlying trend for the white grape is a richness and purity of fruit, the Pinot Meunier we tasted was impressively powerful and the Pinot Noir’s all showed dense red fruit characteristics and nice fresh acidity.

The already completed Bollinger Special CuvÃ©e blend was remarkably aromatic and had layers of fruit complexity, likely ensuring the continued success of their house non-vintage. Overall, a miraculous outcome to what could have beenÂ a disastrous season – the future looks optimistic for the 2016 wines at the house in AÃ¿. Bollinger themselves summarise it best:Â “At this stage, the year’s event, analytical profiles, harvest dates and health conditions all resemble those of aÂ belovedÂ Bollinger Vintage: 1988! Let us hope that the tastings to come will confirm this hunch and thatÂ theÂ traditional Champagne saying, ‘aoÃ»t fait le moÃ»t’ (August determines theÂ must) will prove true!”