For our third weekly Christmas promotion, we have special offers on Bollinger and Louis Roederer champagnes, including three stunning new releases this year:Â Bollinger R.D. 2004,Â Louis Roederer Brut Vintage 2012Â andÂ Louis Roederer RosÃ© 2012. Toast the end of the year in style with up to 27% off this fantastic range of prestige champagnes!

Champagne Bollinger have been creating prestigious champagnes with character, distinguished by their elegance and complexity, since 1829. The story began when the son of a noble family, Athanase de Villermont, inherited an extensive estate in the village of AÃ¿ in Champagne. Foreseeing the extraordinary potential of the wines of Champagne, he founded the firm Renaudin-Bollinger & Cie upon meeting Joseph Bollinger, a widely travelled German and Paul Renaudin, a local man fascinated by the world of wine. Nearly two hundred years later, Bollinger are one of the biggest names in the region and are famously the preferred brand of fictional British Secret Service agent, James Bond.

The house owns an impressive 164 hectares of vineyards, of which 85% are Grand Cru and Premier Cru vines. Their land is spread over seven main vineyards: AÃ¿, Avenay, Louvois, TauxiÃ¨res and Verzenay planted with Pinot Noir; Cuis with Chardonnay; and Champvoisy with Pinot Meunier. Bollinger are one of the few houses to produce the majority of their own grapes for their blends. Pinot Noir represents 60% of the house’s vineyards and defines the house style: complex and powerful with remarkable structure.

As the largest independent family-managed Champagne producer, Louis Roederer rank amongst the region’s absolute finest. Established in 1776, the house is currently managed by seventh generation family member FrÃ©dÃ©ric Rouzaud alongside long-time Chef de Cave and Champagne legend Jean-Baptiste LÃ©caillon. Today, Louis Roederer own an astounding 240 hectares of vineyards in the very best locations that cover two-thirds of their grape requirements and are pioneers in biodynamic farming, having converted a total of 78-hectares to accommodate production using biodynamic methods.

Top quality grapes are the cornerstone of Roederer’s style and account for their characteristic purity and elegance. Their portfolio begins with Brut Premier, one of Champagne’s most seductive non-vintage cuvÃ©es and ends with Cristal, perhaps the world’s most recognised prestige cuvÃ©e champagne. Created in 1876 for Tsar Alexander II of Russia, the iconic Cristal is the essence of Roederer, matched only in decadence and luxury by its pink equivalent, Cristal RosÃ©. By 2020, the House estimates that all Cristal plots will be cultivated biodynamically and the long-term plan is to convert all 240 hectares. 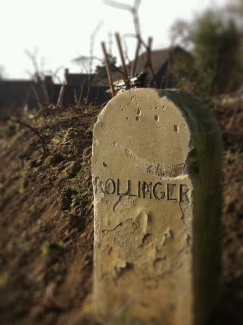 A Bollinger vineyard stone at the house in AÃ¿ 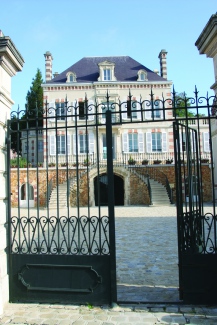 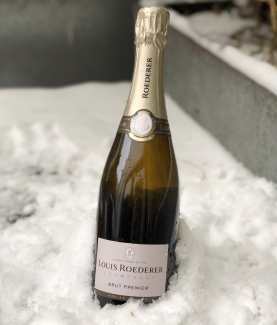 Enjoy a bottle of the ‘Supreme World Champion’ champagne this Christmas