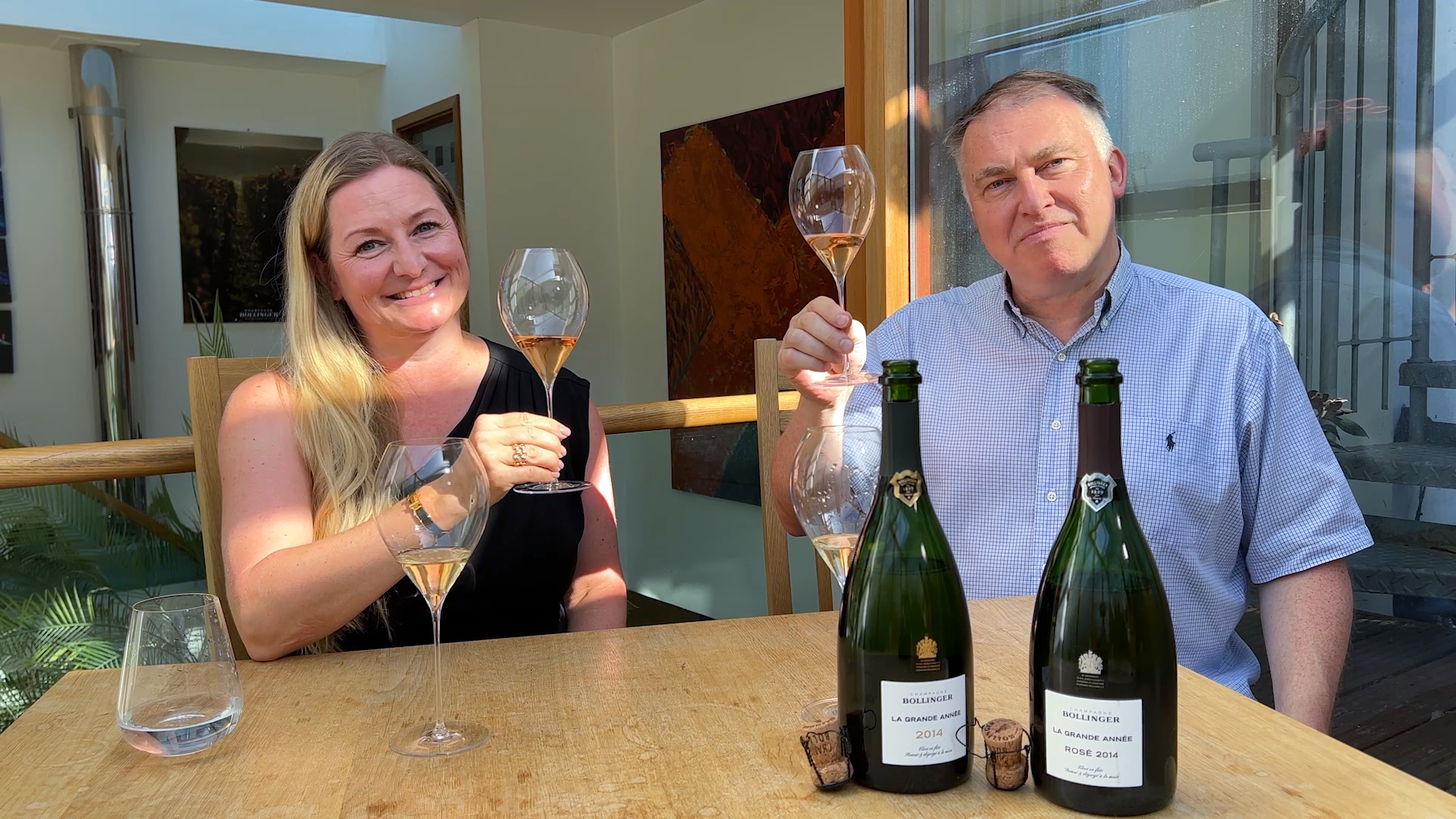 Today on The Friday Bubble Essi Avellan Master of wine and Nick Baker discuss Bollinger’s latest release La Grande AnnÃ©e Rose 2014 & comparing to the previously released LGA 2014. Firstly the Bollinger La Grande AnnÃ©e Rose 2014 which follows 2012 rosÃ©, a particularly small release. With LGA RosÃ© there have been less declarations of late, there wasn’t a 2008 LGA RosÃ© and small volume of 2012. The 2014 shows that precious balance of freshness, ripeness of fruit in abundance and a delicate touch of oak. La Grande AnnÃ©e 2014 has more Chardonnay than any of the last four releases and those few extra percent add to its lightness and minerality and the oak presence seems delicate. A relatively unknown year because not only does it follow two great vintages, but there are relatively few on the market.
Great Scores:
LGA 2014 Rose
Essi Avellan MW 95â†’97/100
Antonio Galloni 97/100

With warmer summers in Champagne then the Pinot Noir grapes get full ripeness and Bollinger’s vineyard for their red wine is Cote aux Enfants, just outside the village of Ay overlooking their winery, it is steep some 30 degrees tilting to the south and over the last decade the grapes from this vineyard show great richness and that really benefits LGA rosÃ© which in the best years typically receives critic scores a point or two higher than the blanc.