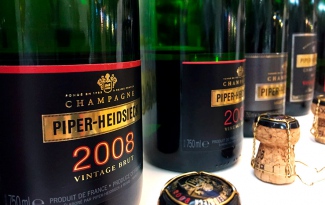 Gifting champagne for a significant birthday? Wedding anniversary coming up? Gifting or enjoying a bottle of vintage champagne with the same birth year as your special occasion adds a nice touch. Due to chance mathematics – and a tradition for great vintages to fall on years ending with ‘8’ – 2018 is one of the best years for birthday and anniversary gifting. See below for our top recommendations from some of this years classic celebratory vintages.

Okay, so this one isn’t for birthday gifting. But with 2008 as good as it is, we couldn’t leave it out. Plus, if you’re throwing a 10th birthday party for your child or attending someone else’s… the adults have to drink something, right?! A bottle of vintage 2008 is also a must-have if you’re celebrating a decade of marriage this year. Although most releases have only occurred in the last year or so, 2008 is already being heralded as one of the all-time greats.

Palmer & Co Vintage 2008
If you’re looking for great value, look no further. At under Â£50 a bottle (less than Â£40 if you’re buying twelve!), Palmer & Co offer stunning value with their vintageÂ champagneÂ without any shortcuts onÂ quality.

Piper-Heidsieck 2008
Awarded theÂ  2017 CSWWC TrophyÂ for best Vintaged Brut Blend, this is one of the best on the market. Also one of the few champagne to be stoppered with aÂ Mytik Diam Technological Cork. 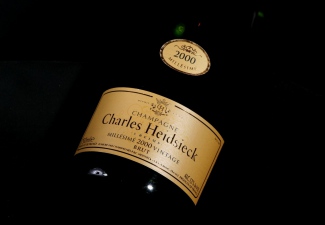 Pol Roger Brut Vintage 2008 Magnum
At TFB, we love magnums. They slow down ageing, adding complexity and nuance to already incredible champagnes. (Read more here). But better yet, their superior sizeÂ renders them an impressive gift. And what better magnum than Pol Roger 2008, their self-proclaimed “best ever vintage”.

Click here for our full range of Vintage 2008 champagnes.

Turning 18 is a truly special occasion. And one’s first (legal, let’s be honest) drink of alcohol should also be truly special: like a glass of vintage 2000 champagne. The 2000 vintage was a miraculous year. The vines were hit by heavy rain, storms and hail in the winter, leaving a successful harvest in doubt. However, the vintage was saved by the hottest August and September in fifty years, providing the grapes with much needed sunshine and warmth.

Louis Roederer Cristal 2000
We recently tasted a selection of older vintages of CristalÂ with Louis Roederer winemaker Jean-Baptiste LÃ©caillon and Jancis Robinson MW. One of the standout vintages of that tasting was Cristal 2000. Now eighteen years old, this is really opening up and coming into its own; Jancis scored it 18.5/20. 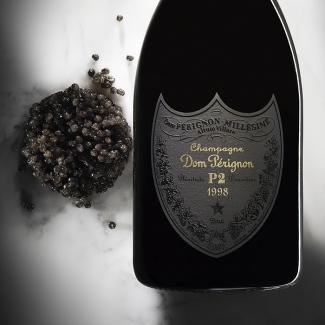 Krug 2000 Magnum
If wow factor is your goal, a magnum of Krug should be your choice. Perhaps the most luxurious of all houses, Krug is world-class in any bottle size but simply mind-blowing from magnum. You really can’t get much better than this.

Click here for our full range of Vintage 2000 champagnes.

Reaching the end of your teens is a milestone worthy of celebration. Fortunately, champagne from 1998 is a tipple worth celebrating with.Â The weather in 1998 was classic: very contrasted as is characteristic of Champagne, with a particularly hot August – the hottest since 1962. This was followed by heavy rain in early September, then dry, mild weather during harvest. Now 20 years of age, these champagnes are starting to showcase some stunning characteristics.

Dom PÃ©rignon PlÃ©nitude 2 – P2 1998
The magnum of P2 1998 was recently awarded theÂ 2017 CSWWC TrophyÂ for Supreme World Champion, making this the current King of Champagne. Aged on the lees for 10 years longer than theÂ original 2008 release, PlÃ©nitude 2 1998 has taken a profound leap to a new quality level.

Click here for our full range of Vintage 1998 champagnes. 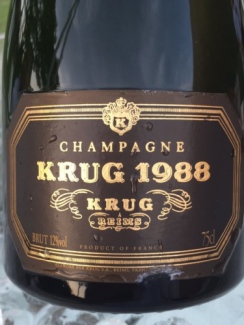 The 1988 vintage was the first in a string of three magnificent harvests: ’88, ’89 and ’90. Now with 30 years of ageing, 1988 is frequently considered the best – ranking it amongst the greatest of all-time. Vintage champagne from 1988 is the perfect accompaniment to any ’30th’ celebration.

Krug 1988
Krug kept just 200 bottles of 1988 behind after the first release. Cellared until 2017, these ultra-rare bottles were released last year. We tasted every KrugÂ vintage since 1988 with Olivier Krug and Jancis Robinson MW and Krug 1988 came out on top: 19.5/20 from Jancis.

Click here for our full range of Vintage 1988 champagnes.

Unfortunately, champagne from as far back as 1968 is increasingly hard to come by (and probably past its best). However, if you’re turning 50 this year, that doesn’t mean you shouldn’t celebrate properly. Luckily, port remains drinkable for years to come and we have the magnificent Taylor’s Single Harvest from 1968: a worthy gift for any half century bash!