The areas that experienced the most growth this year were Champagne, Italy and the Rhone. Conversely, Burgundy – which hit an all-time high last year – was the worst performing index, falling 7.3%. Among the 10 best-performing wines, there was just one from Burgundy (it came in last place for performance, despite the region producing the biggest price risers in 2018.

The Champagne 50 and Italy 100 indexes were the only regional indices to make gains in 2019, rising by 2.2% and 4.6%, respectively. Experts speculate this growth was in part due to increased world attention and because both regions were exempt from the 25% US import tariffs. Among the top performing wines was Bollinger La Grande AnnÃ©e 2004.

Historically, wine and gold have been considered correlated commodities as both are safe from inflation. However, gold far outperformed fine wine in 2019, rising 14.3%. Analysts believe the fine wine market has been affected by political uncertainty, Brexit, the introduction of US tariffs on European wines, the US-China trade war, and the economic troubles in Hong Kong.

Justin Gibbs,Â Liv-ex director and co-founder, commented: “The purpose of the report is to inform the wider world about the activity on the fine wine market that yearâ€”in keeping with our vision to make the wine market more transparent.”

Looking to the future, the report predicted that Champagne and Italy are both likely to continue gaining momentum in 2020, in terms of price performance and trade share growth. Burgundy, however, will remain vulnerable due to its relatively high prices. 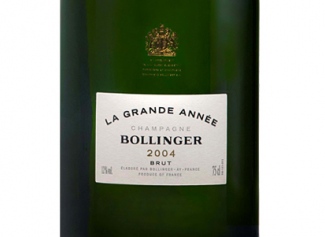