Founded in 1834 by Auguste Boizel,Â Champagne Boizel have a long and illustrious history, with a tradition of trendsetting; often being amongst the first to trial practices that eventually become mainstream procedure. For instance, the founder Auguste was one of the first producers to apply labels to champagne bottles; second generation Edouard began reducing the dosage in the 1800s, a practice which continues across champagne today; and third generation Jules Boizel released a Blanc de Blancs in 1929, a rare category at the time which is now one of the most popular styles of champagne.

The house has remained family operated throughout its history and, following the retirement of Christophe in 2018, is currently managed by sixth generation brothers Florent and Lionel. We met with Florent Boizel at the house in Ã‰pernay earlier this year to taste the 2018 vins clairs and sample the champagne range.

“We own just 7 hectares and need 65 hectares, so the majority of our grapes are purchased,” Florent told us. To achieve this, Boizel have a close relationship with their growers, some of whom have been selling grapes to the family for more than 40 years. As a rule, Boizel use only the first pressing of the grapes (the cuvÃ©e) and typically do malolactic fermentation on all of their wines.

Most of the wines are fermented in stainless steel tanks, with just 160hl fermented in oak barrel, to “add a little spice”. In 2018, barrel fermented wines were used in the Brut RÃ©serve NV blendÂ for the first time. The total contribution however, is just 2.5% of the assemblage, and only older barrels were used as Florent “didn’t want too much effect from the oak”.

Florent believes 2018 is a good vintage, although suggested that it is “perhaps not a vintage that will keep for a very long time”. We tasted an example of all three grape varieties, of which Florent said the black grapes, Pinot Noir and Pinot Meunier, were the best for Boizel. Particularly impressive was the rare Pinot Noir from Premier Cru rated Vertus, a village that used to be Pinot Noir dominant, yet is now 90% planted with Chardonnay vines, and is gradually going back the other way.

Boizel have a diverse range of bubbles, around 10 different cuvÃ©es in total. Production is dominated by the non-vintages, 66% for the Brut RÃ©serve NV and 20% for the RosÃ© NV. Florent likes to have a high reserve wine content in the non-vintage range, currently utilising a minimum of 30%, however, they only keep reserve wines up to a maximum of 4 years.Â The current Brut RÃ©serve NV and RosÃ© NV releases are based on 2014, each with equal parts 2012 and 2013 reserve wine.

Interestingly, Boizel produce a Blanc de Noirs NV, which is not seen at many houses. Three of the best Pinot Noir villages constitute the blend: Mailly (40%), CumiÃ¨res (40%) and Les Riceys (20%). Their main vintage champagne is called Grand Vintage. The house like to present their vintage champagnes mature, ageing them for 7-10 years on the lees; and are keen on expressing the character of the vintage, hence the blend can vary considerably year upon year. They are currently selling Grand Vintage 2008, which was aged for 9 years on the lees and released last year.

Boizel also have a prestige cuvÃ©e range, Joyau de France (Jewel of France), which constitutes three vintage champagnes, including a Blanc de Blancs and RosÃ©. Each undergoes significantly longer lees ageing and typically has a lower dosage, around 5 g/l.Â The Joyau de France champagnes are consistent with the house style: traditional, mature and rich in character, with a Pinot Noir dominant personality. 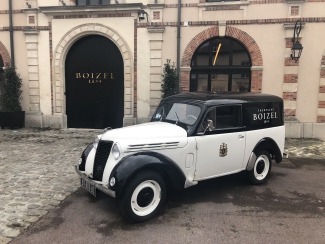 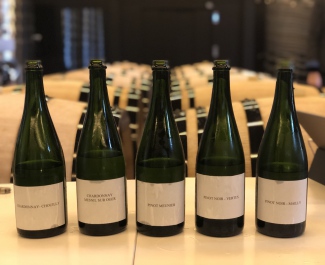 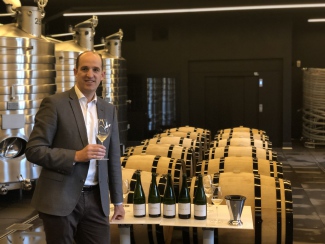 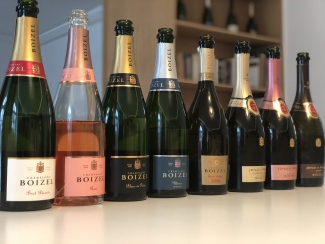 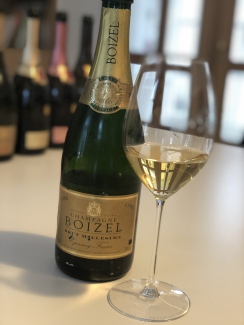 Boizel’s vintage champagnes have theÂ potential to age gracefully, as showcased by the elegant Grand Vintage 1990