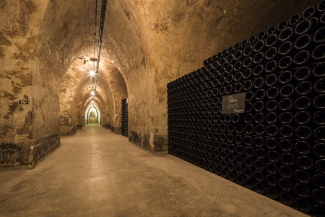 In 1947, seven well-established and visionary winegrowers came together in a joint quest for ultimate perfection and founded Champagne Palmer & Co. All owners of Premier and Grand Cru vineyards in the areas of the Montagne de Reims, their terroirs collaborated with excellence, creating a unique style of wine that was rapidly recognised in the region.Â After experiencing a first decade of impressive growth, the original founders bought the cellars of a Champagne House in Reims in 1959, establishing Palmer & Co as a respected player in the appellation. Over time, they gradually acquired other facilities as the opportunities arose, laying the foundations for future development.

From 1970 onwards, the house started to look beyond the original ownersâ€™ vineyards and began sourcing their grapes from other great terroirs in the Champagne area. This continued through to the end of the 20th century and today Palmer & Co encompasses a total of 415 hectares of vineyards, comprising around 40 crus in the Montagne de Reims, with over 200 hectares classified as Grand and Premier Crus. 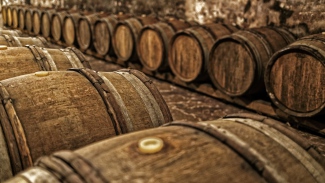 This continued growth led to a chronic lack of space at Palmer & Co and in 1997, the solution presented itself in the acquisition of a huge cellar/winery neighbouring Palmerâ€™s HQ in Reims. As such, they now have two major sites in the heart of the Champagne capital and have established themselves as one of the most respected producers in the region.Â Uniquely, they are one of the few Houseâ€™s that still produce champagne in the monumental 15-litre Nebuchadnezzar. However, despite impressive growth, Champagne Palmer is still yet to realise its true potential, as demonstrated by its inclusion in Tom Stevensonâ€™s ‘Top 5 Most Underrated Champagnes’.

We have consistently been impressed with Palmer in terms of both quality and value. After both the 2002 and 2008 performed exceptionally well in our ‘Is Vintage 2008 The Next 2002?‘ blind tasting, we decided last year to list some of their range on our website. Particularly impressive are the intriguing Blanc de Noirs NV, a rare all-Pinot non-vintage expression and the magnificentÂ Brut 2002, especially when tasted from magnum. Their vintage champagnes are stunningly fresh and youthful and, with our current Mix 12 Pricing, can be purchased for less than Â£40 a bottle – incredible value that you won’t find with any other house. The full range of champagnes we list can be found below, alongside tasting notes from The Finest Bubble. 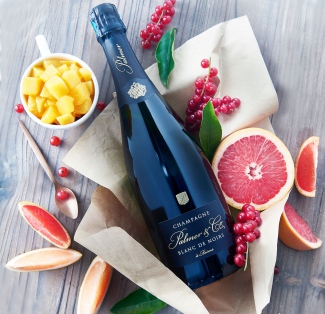 Palmer & Co Blanc de Noirs NV
50% PN, 50% PM | Reserve Wine: 35% | Base Vintage: 2011 | Ageing: 4 years on the lees | Dosage: 7 g/l
Rich golden colour with almost a hint of rose. Honey and apricots on the nose follow through on the palate, with some redcurrant and raspberry. Quite ripe and clean finish. Good length and the acidity and sugar seem nicely balanced. 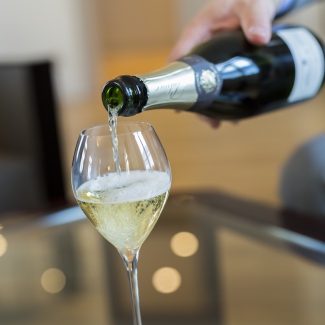 Palmer & Co Brut 2009
50% CH, 50% PNÂ | Ageing: 8 years on the lees | Dosage: 8 g/l
A deep gold animated by a fine effervescence. On the nose, aromas of ripe orchard fruits and citrus. A well-rounded palate with honey and red berries. Fresh and forward like most of theÂ recentlyÂ released 2009s.