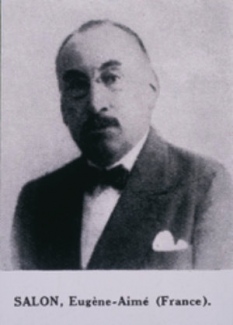 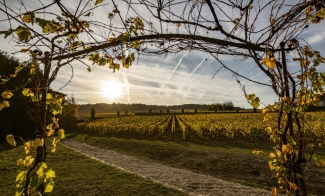 Salon is always made from Chardonnay grapes grown in the one hectare plot at the back of the Maison, “The Salon Garden” and 19 other small plots around the village of Mesnil-sur-Oger 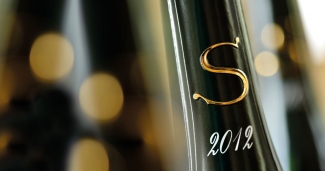 Bottles of Salon Le Mesnil Blanc de Blancs 2012 will be available in late January 2022, with magnums to follow later in the year 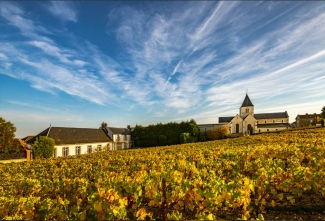 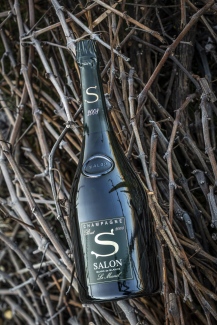 Didier Depond calls 2008 ‘the dream vintage’ and just 8,000 magnums were produced (no bottles were made) 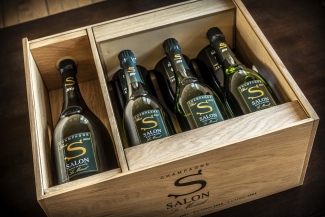 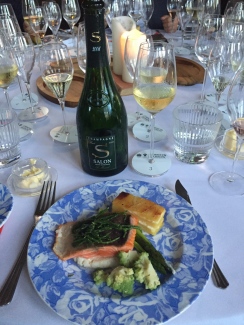 A bottle of Salon 2006, served alongside lunch at the house in Le Mesnil 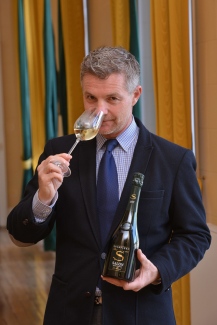 President of Salon, Didier Depond has been with the house since 1997 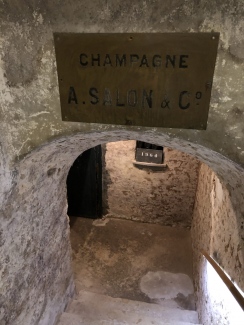 Heading down into the Salon cellars in Le Mesnil… 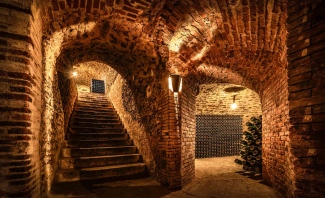 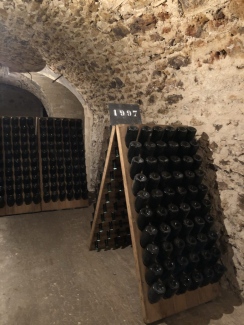 1997, the year in which Didier Depond joined the house of Salon 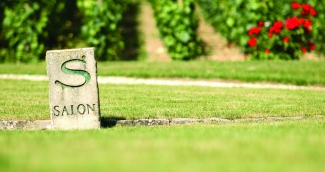 Salon is a story of the singular. One champagne of one variety from one vintage sourced from one region (Côte des Blancs) and one village (Le Mesnil-sur-Oger) 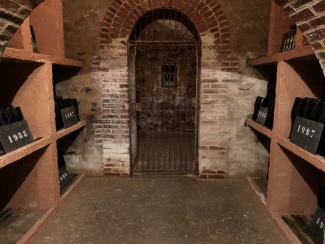 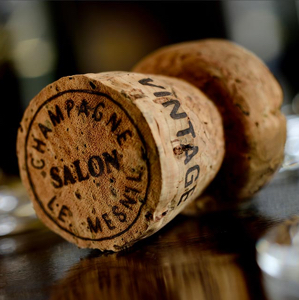 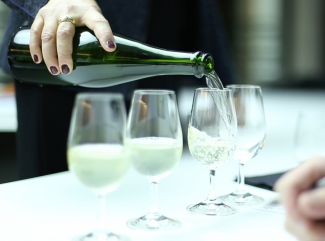 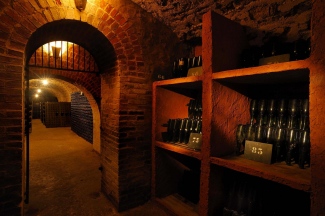 1983 marked the 30th vintage of Salon and followed the spectacular 1982; a rarity for two consecutive vintages of Salon to be produced 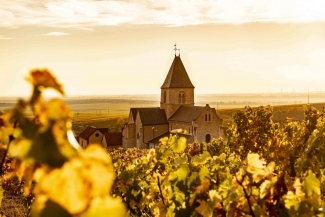 The village of Le Mesnil-sur-Oger has a truly excellent terroir; 100% of its vineyards are ranked as Grand Cru 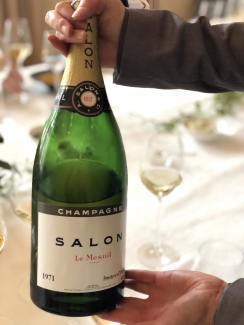 Salon 1971, exceptional quality from a year in which adverse weather conditions destroyed over 4,000 hectares of vineyards 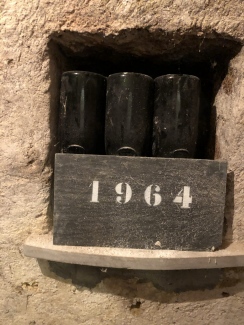 Riddling is performed by hand at Salon, part of their high attention to detail style of winemaking 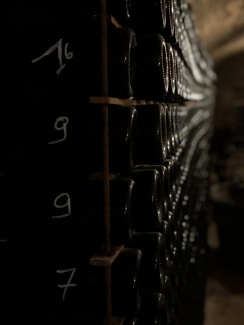 1997, a tough year for the region as a whole but an exceptional year for Chardonnay – and one in which Salon excelled

The Salon Garden, a one hectare plot of Chardonnay vines located to the rear of the house in Le Mesnil 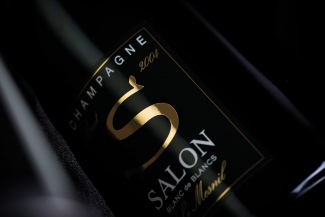 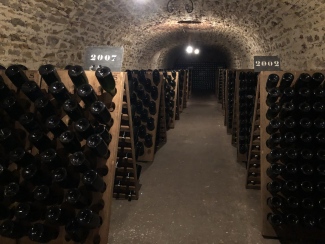 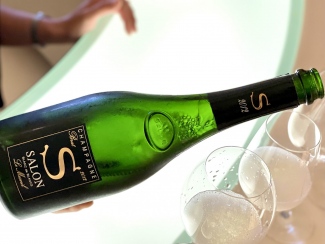 The most recent vintage, 2012, was not originally intended for release… until Didier Depond and chef de cave Michel Fauconnet tasted the wines and realised the power of this vintage 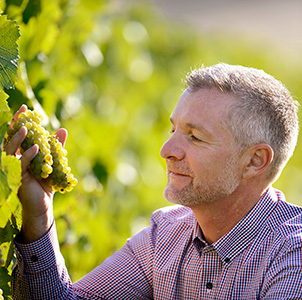 Didier Depond admiring the Chardonnay grapes in the “The Salon Garden” 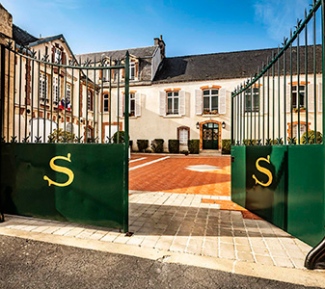 The entrance to the house of Salon, located in the village of Le Mesnil-sur-Oger

Salon is a story of the singular. One champagne of one variety from one vintage sourced from one region (Côte des Blancs) and one village (Le Mesnil-sur-Oger): there is only one Salon. Founded in 1911, Champagne Salon is also the creation of just one man, Eugène-Aimé Salon.

Eugène-Aimé Salon was born on 7th October 1867 in Pocancy, a village at the foot of the Côte des Blancs in Champagne. Having little interest in the family farm, Eugène-Aimé Salon opted to try his luck in commerce, moving to Paris. Young and enthusiastic, he managed to secure a position with the furrier Chapal in Montreuil. He worked hard and stepped up, assuming more and more responsibility, taking charge of the company’s development strategy, leading to its expansion and great success. As the new century dawned, he was one of the key figures of Paris’ glittering social circuit.

He also had a dream. He dreamt of a champagne of incomparable finesse, a unique wine for him alone; a champagne that would stand apart.

His ties to Champagne had remained strong through the years, and he had the perfect advisor in his brother-in-law, a cellar master. He realised he must buy some land, and set to work. He compared the respective merits of vineyards in Cramant, Avize, Oger and Le Mesnil-sur-Oger, finding the grapes from Le Mesnil best suited to produce wines with the greatest ageing potential. He chose the Côte des Blancs to be his terroir, the best cru, Le Mesnil-sur-Oger, and the best plots in the terroir, those located above the church, where the balance between sugar content and acidity is perfect. His vision became clear: he would make an unblended champagne for his own personal consumption.

In 1905, he created the Blanc de Blancs, as he called it. His many friends were delighted with it and, once some years had passed since the tragic events of World War I, encouraged him to make more of it for their own enjoyment. Thus, the house of Champagne Salon was founded in 1920 for this enthusiastic clientele.

From then on, Champagne Salon was a feature in all the most popular places. Maxim’s made it the house champagne in the Roaring Twenties. Eugène-Aimé Salon was always welcome there, mingling in diverse political circles, defending his convictions about Europe and was a member of the well-known ‘Club des Cents’ (an exclusive gourmet society). Everybody wanted to drink his champagne. Salon was ground-breaking for the time, given it was a wine produced from the Chardonnay grape variety alone. No Champagne brand had marketed a single-variety wine before World War I, making Eugène-Aimé Salon the pioneer of the Blanc de Blancs style.

Since the 1928 vintage, one that earned Salon the unanimous recognition of connoisseurs, Eugène-Aimé’s uncompromising standards have prevailed. The wine is made in exceptional vintages only, volumes are limited, and winemaking processes remain unchanged. In his lifetime and still today, long after his death in 1943, the image of Eugène-Aimé Salon remains that of a pioneer and visionary, a man of ideas, free and creative. His champagne is the legacy of this ongoing quest for beauty, a symbol of generosity and of the enduring human desire to share with others our most sublime creation.

Purchased by Laurent-Perrier in 1989, Salon share a Cellar Master and vineyard with next-door neighbour and sister company, Champagne Delamotte. Today, Salon is made from Chardonnay grapes grown in a one hectare plot at the back of the Maison, “The Salon Garden” and 19 other plots on the deep chalk soils of Le Mesnil-sur-Oger. With a maximum annual production of 60,000 bottles and just ten employees (six in the cellar and four in the office), attention to detail is the key to Salon’s prowess. Produced on average only three times per decade, the latest release – Champagne Salon Blanc de Blancs 2012 vintage – is just the 43rd Salon to be released from this tiny house in Le Mesnil-sur-Oger. All of the vintages produced in the history of this famous house are listed below.