In our last article, we looked back on 2019 and highlighted the biggest champagne releases of the year. In this article, we look to the future and discuss what can be expected from our favourite sparkling wine in 2020.

As some houses prefer to keep their new releases undisclosed prior to launch, it is impossible to know every champagne set to hit the market over the coming year. Therefore, although many of the champagnes below are confirmed releases, some of them are speculative, based on our predictions of when different vintages and house styles will be ready for release. The champagnes are presented in alphabetical order below.

Though La Grande Année 2008 was only released in April last year, it was in such high demand that by the close of 2019, the market was almost depleted. The next vintage La Grande Année 2012 has been released in February 2020. Given the incredibly high ratings awarded to La Grande Année 2008 (especially in magnum) we are anticipating the 2012 (an equally highly regarded vintage) to be as good, if not better. Given the same scores by Essi Avellan MW of 95-97/100 it shows the extremely good potential of both 2008 and 2012 in the long run.

Dom Pérignon had a busy year in 2019, releasing new vintage, rosé and Plénitude 2 champagnes. Therefore, this year is likely to be much quieter. However, we may see a surprise move from the highly regarded house: will they transition from Dom Pérignon 2008 to 2012, or have they produced some 2010? If so, they will be the only prestige cuvée to have done so, but previous chef de cave Richard Geoffroy famously relished the challenge of the more difficult vintages, so we think it’s a real possibility. This is purely speculative, but we’re saying keep your eyes peeled for Dom Pérignon 2010 this year.

We are set to welcome some vintage-tier 2013 champagnes this year. Louis Roederer are typically one of the first releases in the market and we’re predicting it won’t be long before Louis Roederer Brut Vintage 2013 is launched.

We were fortunate to taste it with cellar master Jean-Baptiste Lécaillon during a trip to champagne with Jancis Robinson MW in the summer of 2019 and were seriously impressed. With it’s high 80% Pinot Noir content, it’s already surprisingly expressive, particularly considering the bottle we tasted was so recently disgorged. Lécaillon described 2013, which was the most recent October harvest, as “a great vintage… in mineral expression, in fruit, with a bit of bitterness and chalkiness.” Jancis clearly agreed, awarding it 17.5/20 pre-release.

Described as “the next chapter” by Lécaillon, Cristal 2012 is the first vintage of Louis Roederer’s prestige cuvée to be produced exclusively from biodynamically farmed fruit. It was actually at the end of last year in very small quantities, however, the main release will come in early 2020.

This new vintage is much more forward than the previous release, 2008, and is likely best drank a little earlier. Where the 2008 is very tight and restrained currently, 2012 is drinking well right now. The question is: will we see it close down in the coming months? This is a typical pattern for Cristal vintages post-release, which tend to hibernate for a few years before blossoming and showing off. Whatever happens, both the blanc and rosé are sure to be stunners, having already been scored 98/100 and 100/100 respectively, by Essi Avellan MW.

For the first time in a number of years, Pol Roger are launching four new vintages in the same year. In 2020, we can look forward to Pol Roger Vintage Rosé 2012 in February, Sir Winston Churchill 2009 in March, and both Blanc de Blancs 2013 and Brut Vintage 2013 in the autumn.

The rosé is Pol Roger’s final 2012 release and following the success of Brut Vintage 2012 and Blanc de Blancs 2012, both superb and highly rated cuvées released last year, we are expecting this to be one of the best Pol Roger Vintage Rosés ever made.

Although Salon Le Mesnil Blanc de Blancs 2008 – one of the most anticipated releases of the year and, indeed, the decade – was officially launched in September 2019, there will undoubtedly be a second large release in 2020.

Produced only in magnums, there were just 8,000 made. They are in fact so scarce they can only be bought as part of a specially designed wooden case that will include two bottles each of Salon 2007, 2006 and 2004. No individual magnums will be sold. The investment will be more than worth it though – scored 19/20 and described as “a magical wine” by Jancis Robinson MW, those lucky enough to secure a magnum or two may find it one of the best champagnes they ever purchase.

Taittinger are another house that typically release their vintage tier champagnes before any other. We expect to see their latest, Brut Vintage 2013, available to purchase sometime this summer. Another champagne that we tasted with the chef de cave during our trip to Champagne with Jancis last year, Taittinger Brut Vintage 2013 is a 50:50 Pinot Noir:Chardonnay blend.

The 2013 harvest began late – on the 24th and 25th September – and was the most recent harvest to finish in October. We were fortunate to taste both bottle and magnum and can say with confidence that, despite the vintage being significantly overshadowed by its predecessor, it is a worthy follow-up to Brut Vintage 2012. Having tasted a number of 2013 champagnes now, this is a vintage that we endorse as an excellent successor to the highly regarded 2012.

We’ve been following the progression of Taittinger Comtes de Champagne 2008 for a number of years, having sampled it during “futurothèque” tastings at the house in Reims several times. After opening up in 2017 (and earning an 18.5+ rating from Jancis), it has recently started to close down again, suggesting it will soon re-start the cycle, become more expressive, and will likely be released mid-2020. This is definitely one to watch.

With all these new releases, you may be wondering how on earth you’re going to taste them all! Fear not, The Finest Bubble have a vast array of tasting events planned in 2020 – tailored to suit every level of champagne lover, from the new fans to the fanatics – and we will endeavour to include as many new releases at these tastings as possible. Keep up to date with all of our tasting events here. The first event of 2020 is our Range Tasting on Wednesday 1st April at Frederick’s, London.

Whatever happens, 2020 is sure to be another exciting year for Champagne, with the confirmed releases alone sufficiently whetting our appetite. As always, we will be here with tasting notes and reviews of all the latest releases as they occur throughout the year. Be sure to subscribe to our mailing list to be amongst the first to find out. 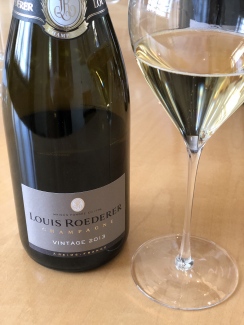 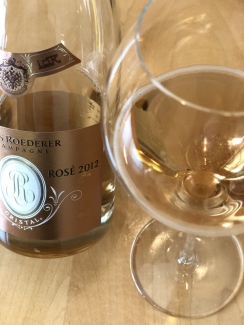 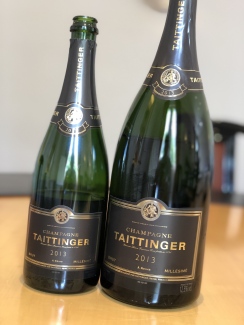 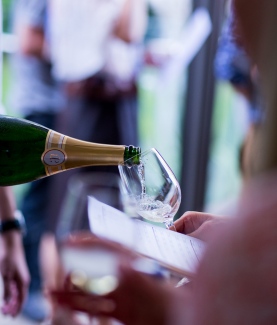 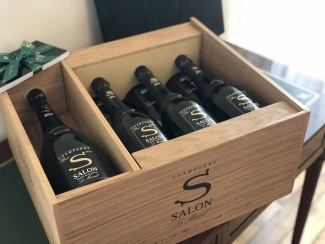