Charles Heidsieck History of the Maison

There are three Champagne houses containing the word Heidsieck, all originating from families once related. Charles is the smallest and arguably, the best of the three Maison’s. Established in 1851 by the nephew of Piper-Heidsieck’s owner, Charles Heidsieck himself was the original ‘Champagne Charlie’ and he travelled widely especially in the US promoting the brand. In the 1990’s and early 2000’s the House was owned by Remi-Cointreau, a period where sales fell sharply. The large parent company focussed on spirit brands while neglecting the champagne brands.  In 2011 both Charles Heidsieck and Piper-Heidsieck were bought by EPI Group headed by the French entrepreneur Christopher Descours. He provided significant finance for both Houses allowing them to buy more grapes and invest in the much neglected brands. Today, production occurs alongside sister company Piper-Heidsieck in an ultra-modern functional wine-making facility on the south-west outskirts of Reims. The Charles Heidsieck Cellars are a Unesco World Heritage site and comprise more than eight kilometres of chalk tunnels interlinking forty seven subterranean cathedrals called Crayères, reaching 30 metres high and believed to have been dug out in the 3rd century. 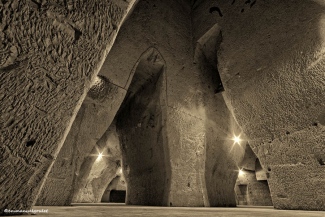 For the first time in more than 40 years the blend now contains 6% barrel fermented wine. Charles is believed to have converted to all Stainless steel in the 70’s. This latest release is based on the 2016 harvest, 54% from 2016 and 46% reserve wines. Some of these reserve wines are more than 20 years old and its these old reserves that only used in small amounts add much of the “Charles Character” we all know.

During the last ten years, Charles Heidsieck sales have steadily grown, a result of the change of ownership when in 2011 Charles was acquired by the French entrepreneur Christopher Descours. He invested heavily in the brand, allowing Charles to buy more land, grapes and expand production and with this new impetus the sales in many markets around the globe started growing fast. When Cyril Brun took over as Chef de Cave in 2015 his early challenge was “how do you maintain growth while maintaining the Charles style.” 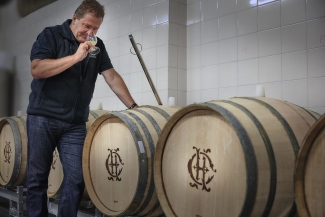 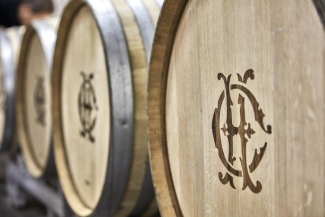 Cyril started experimenting with oak, a small amount of barrel fermented wine in a blend adds texture and has a similar effect in the finished champagne to that of older base wines. The main Charles recipe has not changed, 46% reserve wines, the only difference is the base year in the blend is younger than in the past and the “portion of oak” in the blend acts like a “component bridging“ from what used to be older to a younger base vintage. This is not the only change they’ve made with the latest release of the Brut Reserve NV. They are leading the transition to Mytik Diam cork closure in Champagne. This cork is made of 95% processed cork (the rest is acrylate and polyurethane). Diam technological corks do not have discs of natural cork glued to the top and bottom like technical corks but instead are made up of small pieces of granulated cork fused together. Diam treat their corks by extracting the volatile compounds of cork that can harm sparkling wine. Essentially, very hot and intensely pressurised carbon dioxide washes out all of the chemical impurities, including TCA. The cleaned cork is then mixed with microparticles that plug the minute air spaces between the fragments of cork and a binder to hold the cork together.

18/20 Julia Harding MW – JancisRobinson.com
“Based on the 2016 vintage. 40% Pinot Noir, 19% Pinot Meunier, 41% Chardonnay. Dosage 10 g/l. This is the first MEC that has some oak influence: 6% barrel-aged for texture. 46% reserve wine, the oldest is Cramant 1996. Average age of reserve wines is 10 years. Disgorged January 2020 and the first vintage to be bottled using the jetting technique and Diam Mytik closure. Full malo as on all these wines, though current winemaker Cyril Brun is keeping some no-malo reserve wines as a weapon against climate change. Subtle lemony nose. Stony, too, with the merest hint of white blossom, holds up really well in the glass. The smoky, reductive character is very slight but highlights the mineral/stony aspect. The citrus fruit and peel are ripe but there is masses of tension. The mousse is fine and gentle and also lasts really well in the glass. Becomes a little more toasty with air. Deep yet extremely refined, pulling in to a precise finish.”

92→94/100 Essi Avellan
“This 2016 based Brut Réserve is the first release to include a small proportion of oak-vinified wines. The proportion of reserve wine has crept up to 46%. Its softly and deeply fruity nose comes with refined, subtle toastiness and sweet coconut, vanilla and candied fruit aromas. There is still tightness on the fresh and vivacious lemony palate that harnesses both power and richness, but its best feature is the already caressingly smooth texture.”

Tasting notes:
Bright aromas of ripe lemon and hints of pineapple with some hints of buttery pasty, wasn’t expecting that! It’s beautifully refreshing and there’s a real lift at the end, saline and chalky. You don’t feel the oak, there’s textural richness from the barrels and old reserve wines and a lovely hint of vanilla toast. The fruit really comes forward after 10 mins, (failed to open this an hour before) and now those familiar Charles notes are all there, richness, freshness and complexity. When released, it was a little shy and awkward; 12 months extra post disgorgement time is what it needed! It’s amazing what happens in a year! 17.5+/20 @nickbaker.tfb 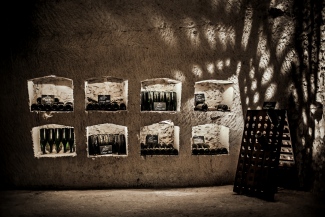 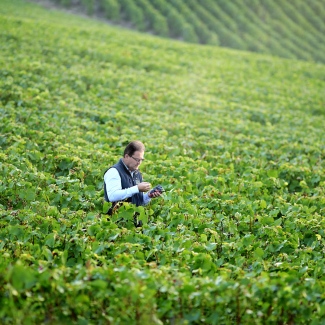 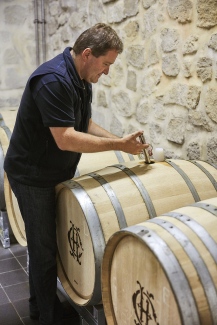 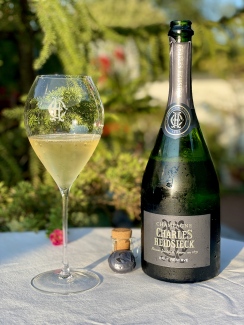