Deep underneath Reims, the unofficial capital city of the Champagne region, an elaborate network of mythic galleries house the precious treasures for which the appellation is famous. Carved into the chalk more than two-thousand years ago, a labyrinth of immense Gallo-Roman chalk cellars, called ‘Crayères’, offer the perfect sanctuary in which to mature fine wines.

Reaching over 30m underground, the natural humidity and low temperatures of the Crayères shelter the champagnes from noise and daylight as they develop their inimitable complexity. The unique beauty of these underground cellars was officially endorsed in 2015, when the Champagne region was granted UNESCO World Heritage status.

After founding his eponymous house in 1851, Charles-Camille ‘Champagne Charlie’ Heidsieck decided against buying up vineyard land and instead invested in Crayères. Since then, these cellars have seen thousands of bottles produced over the years, coddling and sheltering them as they develop and mature until ready for release.

Last year, Charles Heidsieck announced their exciting plans to annually release a treasured collection of old vintages, stored under perfect conditions in the underground cellars. The 2017 release included an exceptional selection of bottles and magnums, and cuvées no longer in production, such as Cuvée Royale and Champagne Charlie.

“Releasing these treasures from our cellars is an extraordinary thing to do. The Collection Crayères is an exercise in balance – to enable wine lovers to obtain such rare bottles while ensuring a minimum are available for future generations” – Stephen Leroux, Director of Charles Heidsieck

This Chardonnay focused edition of Collection Crayères pays homage to the enduring relationship between Charles Heidsieck and the Chardonnay grape. The first 100% Chardonnay blend that the house can accurately date goes back to 1949, and historical cuvées include the 1906 Charles Heidsieck Le Mesnil, from the famous Chardonnay region of the Côte des Blancs.

“This Collection Crayères is our tribute to almost a century of crafting Chardonnay and showcases the House’s exceptional ‘savoir-faire’ when it comes to blending this delicate varietal” – Cyril Brun, Charles Heidsieck Chef de Cave

Charles Heidsieck’s expertise in creating, blending and cultivating the Chardonnay grape is widely acknowledged. The extraordinary 2018 Collection Crayères release offers a rare opportunity to witness how this expertise has unfolded over time, under the guarantee of perfect provenance.

Available to pre-order for delivery in mid-November. Just 20 cases of the Blanc des Millénaires Vertical have been released in the UK. 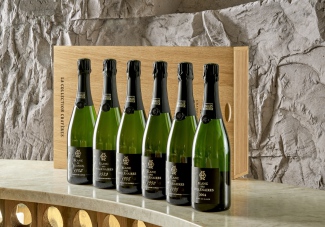 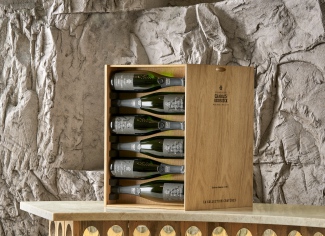 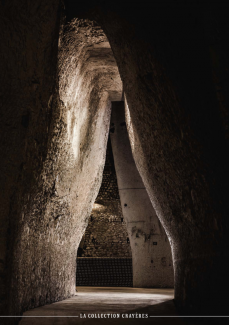 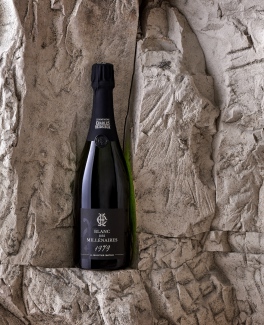