When Stephen Leroux took over as Director of Charles Heidsieck in 2013, the brand was facing extinction. The heyday of the 1970s – when Charles Heidsieck was one of the most celebrated champagne houses, bottles were flying off the shelves and, supported by the connection to its still-famous namesake ‘Champagne Charlie’ (the man credited with introducing champagne to the USA), marketing was a breeze – was well and truly over.

Acquired by spirits company RÃ©my Cointreau in 1985, the brand suffered under the shadow of the company’s other brands, Krug and Piper-Heidsieck, which assumed the roles of prestige and commercial champagnes respectively, while Charles gradually fell by the wayside. During this period, sales plummeted from around 4 million to 250,000 bottles annually by 2011, when it wasÂ bought by luxury goods company EPI.

EPI founder Christopher Descours wasted no time overturning the fortunes of the ailing brand. One of his first appointments: Stephen Leroux. Since he joined the house in 2013, global distribution has been overhauled, consumer awareness has been revitalised and the brand has reconnected with the story of its founder. The result: a dramatic increase in sales. Although content with the achievements of the past five years, Leroux is intent not to rest on his laurels and plans to double the current sales volume in the next ten years.

Alongside Leroux, Charles Heidsieck boast an innovative Chef de Cave in winemaker Cyril Brun, who has already accomplished much in his three-year tenure: releasing brand new champagne Blanc de Blancs NVÂ earlier this year and the late-releaseÂ Collection CrayÃ¨resÂ in 2017. Leroux came to London on Wednesday to host our Charles Heidsieck Dinner and Tasting, for which both current and old champagnes had been expertly paired with food by the team at Frederick’s, Islington.

Following the Blanc de Blancs NVÂ apÃ©ritif, guests were treated to a starter of Dressed Crab & King Prawn Assiette, which was paired with the previous and current vintages of Blanc des MillÃ©naires:Â 1995Â andÂ 2004. Interestingly, the general consensus at the table was that the dish complimented the more youthful fresh acidity of theÂ Blanc des Millenaires 2004Â better than the more rounded and more lees-like character of theÂ Blanc des Millenaires 1995Â – the freshness of the acidity of the younger vintage just seems to be a perfect partner.

The main course featured Organic Salmon served cold with Potato Salad, Broad Beans & Summer Vegetables, which was presented alongside a pair of 2005s: the newly releasedÂ Brut Millesime RosÃ© 2005 from bottle andÂ Brut MillÃ©sime 2005Â from magnum. Although one might expect the bolder, red berry flavours of the rosÃ© to better compliment the delicate salmon, it was the 2005 magnum that provided the perfect match, its acidity and richness of fruit cutting through the saltiness of the salmon deliciously.

To finish, aÂ Brut MillÃ©sime 1983 MagnumÂ could only be paired with another French delicacy: ComtÃ© plus another classic aged Parmesan. After more than 15 years ageing on the lees and a further 19 years ageing in bottle in the cold chalk cellars (crayÃ¨res) in Reims,Â Brut MillÃ©sime 1983Â was released as part of theÂ Collection CrayÃ¨resÂ in 2017. With good effervescence on opening and a bright coppery gold colour to be expected of a champagne more than thirty years old, the champagne was quite reticent at first. As the evening progressed however, each new tasting revealed a distinct personality. More then two hours after opening, it was incredibly racy and youthful – still looking old yet tasting anything but. The icing on the cake of a wonderful evening. 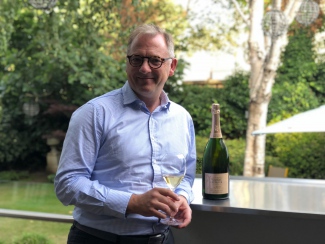 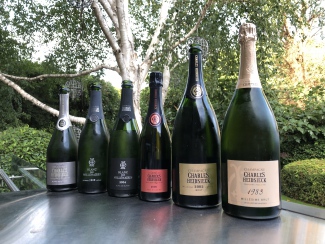 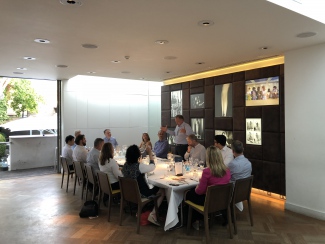 The atmospheric Club Room at Frederick’s 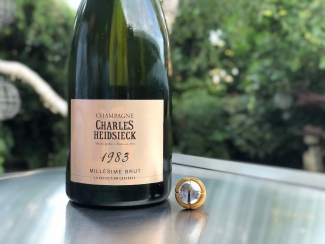 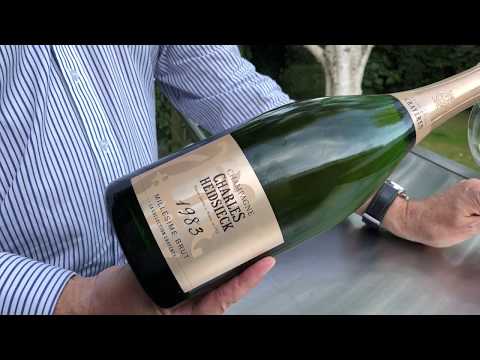