With the festive season fast approaching we’re increasingly receiving phone calls askingÂ for champagne recommendations, for both gifting and drinking. In this article, we outline our top picks for Christmas 2018, highlighting some of the best new releases, award-winning cuvÃ©es, sparkling magnums, and a selection of the champagnes that we’ll be sipping next to an open fire this year.

There have been a number of exciting new releases this year, including brand new cuvÃ©es and groundbreaking new vintages.

This year saw the first examples of the much-awaited 2012 vintage hit the market, includingÂ Taittinger Brut Vintage 2012Â and two from Louis Roederer: Brut Vintage 2012 and RosÃ© 2012. All three have received scores of >93/100 from Essi Avellan MW and serve to reinforce the already sky-high expectations for this vintage.

On the prestige cuvÃ©e front, the biggest release this year was undoubtedlyÂ Louis Roederer Cristal 2008. Chef de Cave Jean-Baptiste LÃ©caillon declared it “the most Cristal of all Cristal’s” and the critics widely agreed, with many awarding it top marks on release. Pandemonium in the market ensued, with demand far out-stripping supply for the first few weeks. This is indisputably the star champagne of 2018 – make sure it’s on your wish list!

Other prestige cuvÃ©e releases of note include:Â Pol Roger Sir Winston Churchill 2008, which the house described as their best ever vintage;Â Bollinger R.D. 2004, which has undergone more than 11 years ageing on the lees; and the history-makingÂ Nyetimber 1086 2009, the first prestige cuvÃ©e English sparkling wine, which presents a formidable challenge to the best cuvÃ©es from across the Channel.

As always, champagne has been sweeping the board at wine competitions the world over this year. With official endorsement from some of the most experienced palates in the industry, you don’t need us to tell you that these champagnes should be in your cellar this Christmas.

The next-most celebrated champagne this year wasÂ Piper-Heidsieck Rare 2002, which picked up the top prizes at both the International Wine Challenge 2018 and the Decanter World Wine Awards 2018. A simply stunning champagne that wins gold medals year-on-year; this is a must-have drink for Christmas 2018.

We are long-time advocates of magnums – they are aged for longer on the lees, creating more textual pleasure and share the same neck size as a 75cl bottle, exposing the same amount of oxygen to twice the volume of liquid, which slows the oxidation process and keeps magnums tasting fresher and younger. They are also great for gifting!

Some of the best magnums available on the market currently include: Charles Heidsieck Brut MillÃ©sime 2005 Magnum;Â Bollinger La Grande AnnÃ©e 2007 Magnum;Â Louis Roederer RosÃ© 2010 MagnumÂ (which was awardedÂ World Champion Classic RosÃ© at the CSWWC 2018); andÂ Billecart-Salmon Nicolas FranÃ§ois Billecart 2002Â (which has frequently been the highest rated champagne at recent TFB tastings and offers great value for a magnum of 2002).

TFB founder Nick Baker is fortunate enough to taste an extraordinarily large range of champagnes in both bottle and magnum throughout the year – the following champagnes are some of his personal favourites and the ones he’ll be drinkingÂ over the Christmas period.

Billecart-Salmon Blanc de Blancs NV Magnum – this pure-Chardonnay blend of grapes from 100% Grand Cru rated villages is intensely elegant, even more so from magnum.
Charles Heidsieck Brut RÃ©serve NV MagnumÂ – currently based on the stunning 2012 vintage, this is one of the best value non-vintage magnums on the market.
Piper-Heidsieck 2008 – rich and full of complexity, the Mytik Diam technological cork ensures each bottle is as outstanding as the next.
Krug Grande CuvÃ©e Edition 166 NVÂ – with the highest reserve wine content of any Grande CuvÃ©e this century, Edition 166 is abundantly rich and complex.
Palmer & Co 2008 MagnumÂ – from one of the best vintages of this century and costing less than Â£130 per magnum, this flawless example of 2008 is not to be missed.
Piper-Heidsieck Rare 1998 MagnumÂ – voted Best Champagne of 2018 atÂ The Drinks Business 2018 Champagne Masters and World Champion Library Vintage at the CSWWC 2018, Rare 1998 is a consistent classic.
Charles Heidsieck CuvÃ©e Royale 1981Â – released as part of the first Charles Heidsieck Collection CrayÃ¨res, CuvÃ©e Royale 1981 has been kept under perfect conditions in the chalk cellars in Reims; an extra special Christmas treat for anyone wanting to be wowed. 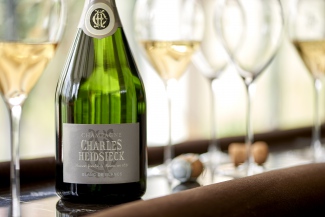 A brand-new champagne from Charles Heidsieck 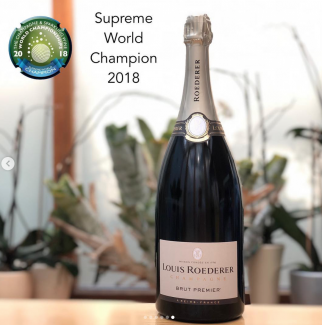 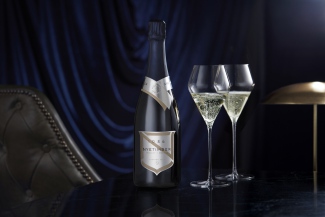 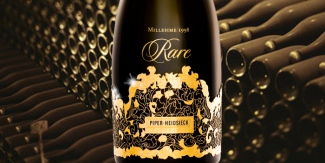 Magnums not only taste younger and fresher, they’re great for gifting too!