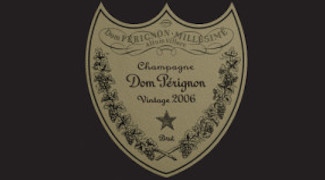 Dom PÃ©rignon really do enjoy keeping us on the edge of our seats.Â Whilst we had to wait over 18 months for a vintage Blanc release after Dom PÃ©rignon 2004, we’ve barely had time to taste Dom PÃ©rignon 2005Â and now the 2006 vintage is just around the corner.

As mentioned in our tasting of Dom PÃ©rignon 2005 back in May of this year when it was released, drastic selection in the vineyard in 2005 led to an extremely limited production volume – just 20-25% of the volumeÂ of the 2004 vintage. So, although not expecting theÂ 2005 release to last long, it is still a slight surprise to find out that Dom PÃ©rignon 2006 is to be released so soon – likely in the next few weeks.

But what do we know already? Well, the 2006 vintage will be the 41st vintage Blanc from Dom PÃ©rignon since the first release in 1921. Interestingly, this is also the 5th consecutive vintage Blanc released; DP have produced a vintage in every year since 2002. This is a real rarity in Champagne (Charles Heidsieck, for example, jumped from 2000 to 2005 with their vintage Blanc) and is a testament to the size of the Dom PÃ©rignon house – with a much larger range of vineyards to select from, their ability to produce a vintage Champagne is greatly enhanced, especially in years that are good, but not exceptional.

From what we’ve seen and tasted of other 2006 releases so far however, it’s unlikely Dom PÃ©rignon had any great difficulty sourcing worthy grapes for their 2006 vintage Blanc.Â Second only to 2002, the 2006 vintage is nowÂ undoubtedly positioning itself as one of the vintages of the decade â€“ certainly every example we have tasted thus far has been stunning – and we’re consequently left eagerly anticipating Dom PÃ©rignon’s expression of this great vintage.

“A soft bouquet, pure air and bright, pastel tones, floral and fruity, which opens and quickly darkens the confit, blackberry harvest, toasted and licorice.Â The magnitude arises in the mouth, contained succulent and heart rather spherical. The cover slips and stretches, complexity grows, on edge, more silky than creamy. Everything finally melts into an exquisite bitterness iodized salt.”

It’s difficult to denote much from this typically colourful Dom PÃ©rignon tasting note, but it certainly sounds succulent and complex. As always, The Finest Bubble will post news of Dom PÃ©rignon 2006’s release as soon as we get it, hopefully with a tasting note to boot. Stay tuned. 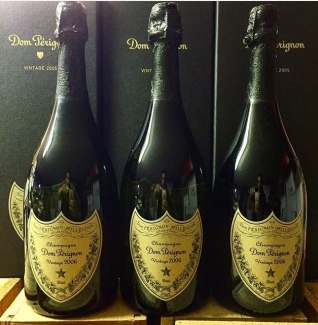