A new chapter of Dom PÃ©rignon opens with release of the 2010 vintage. To date the only large Maison to release a Prestige Cuvee from 2010 and we arenâ€™t expecting many more maybe Dom Ruinart 2010.

Richard Geoffrey has never been afraid of creating a superb champagne in a challenging year, as we saw with 2003, a vintage that he is extremely proud of. A toasty hot vintage and today the champagne might be hint on the vinous side but itâ€™s a great expression of DP and the year. Current Chef de Caves Vincent Chaperon will be sharing the secrets about how he and Richard worked their magic and made a great Dom PÃ©rignon from a vintage we wouldnâ€™t have predicted. The official preview is currently being completed with the trade and press getting their hands on a bottle, however we don’t expect the cases to be available until later in the year, but maybe as early as September. This means the vintage will be moving from the highly regarded and sought after Dom Perignon 2008, a champagne that has scored extremely well in all tastings and scores.

Should you buy more 2008 before the vintage change?

Written up excellently by Essi Avellan MW:
“I loved how in his 28 years at Dom Perignon Richard Geoffroy always praised the surprise element, he insisted on Dom Perignon to keep on surprising us. And with the 2010 he and Vincent Chaperon have done it again! The very first surprise is making Dom Perignon on a year like that, a year when very few vintages were crafted. The next surprise is the wine, but youâ€™ll have to taste it for yourself! To me it shamelessly shows off with Dom Perignonâ€™s peerless resources and is a tour de force of their constantly further-perfected winemaking. A super smart wine from a troubled harvest. Gorgeous, amply toasty and smoky nose, still holding back. The fruit is impeccably crisp and appetising. But the palate carries the best surprises. Such volume and generosity but look at the acidity kicking in. Superbly saline and perfectly pristine finish, leaving the mouth satisfyingly refreshed, yet yearning for more! And I have the feeling that this is a Dom Perignon that will keep on giving.”

After that glowing review we can’t wait for you all to drink this! 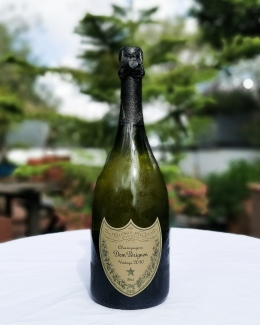