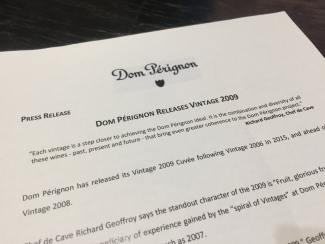 Until 2007, Dom PÃ©rignon had so far released a vintage from every season in the noughties (aside from 2001). Although it is head winemaker Richard Geoffroy’s ambition to produce a vintage every year, international marketing director NiccolÃ³ Ragazzoni confirmed in March 2017 that the House would not be releasing a 2007 as Richard felt it “didn’t have the potential to express the Dom PÃ©rignon character.” As such, it has been nearly two years since we have seen a new blanc Dom PÃ©rignon release – the current 2006 vintage was revealed back in September 2015.

Dom PÃ©rignon’s decision to release 2009 before 2008 is one being replicated by producers all over the region. Louis Roederer released Cristal 2009 last year, however Cristal 2008 is not due until early 2018 – the first time the House has waited ten years to release a Cristal vintage. This decision is a reflection of the different vintage styles; where 2009 was a warm harvest of great ripeness and maturity, 2008 was a cooler season producing well-balanced and acidic wines that should benefit from more cellaring. That said, Dom PÃ©rignon’s decision to reverse the release order of 2008/2009 is somewhat curious considering they didn’t do so for 2002/2003 – a similar consecutive vintage coupling (and one Krug notably decided to reverse the release order of). 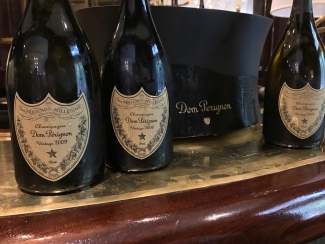 Indeed, 2009 was a difficult year at first with a mild and rainy spring. The threat of mildew was high and storms in July further raised fears for the health of the grapes. However, a perfect August of uninterrupted hot and dry weather was the catalyst for an idyllic harvest. The heat of the year produced grapes of incredible ripeness, reflected in Geoffroy’s decision to use a much lower dosage forÂ Dom PÃ©rignon 2009; just 4 g/l.

A blend from a total of twenty-one villages, Dom PÃ©rignon 2009 is an impressive champagne. It has a silky texture and a hint of liquorice on the palate that sets it apart from the others in this tasting. Already very approachable, it surprisingly doesn’t have the obvious signs of a warm year. Asked to describe it in five words, Geoffroy declared that three was enough, offering “majestic, restrained power and persistent” as his descriptors. This is tasting well now but will benefit significantly from some time ageing in the bottle and will be an interesting one to watch.

Pressed to choose a favourite, Richard refused to declare one, explaining his preference relates more to a sense of satisfaction with the challenges overcome. Hence 2003 would be his most memorable of these three seasons as it posed the greatest challenge. He added that 2006 was “purely technical” and the “most hard to balance”. 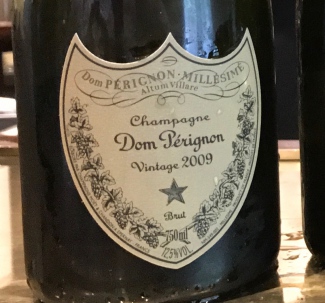 This philosophy was the cornerstone of Geoffroy’s presentation, as it is the foundation of his winemaking approach. While many Houses will only release a vintage during the very best years, Geoffroy prefers to take a little risk and recreate the vintages for what they are – unique. “Champagne should be more playful,” he told us and we couldn’t agree more. Recreating the same high-quality champagne season after season is an impressive accomplishment, but can result in mundane and repetitive productions. Instead, the team at Dom PÃ©rignon try to capture the personality of the harvest and express it with the famous House style.

Dom PÃ©rignon could play it safe, but instead they take risks; these three champagnes are by no means easy vintages. And for the beneficiaries – us, the consumer – their gamble is great news. Year after year, we taste a different Dom PÃ©rignon champagne that focuses on showcasing the unique character of each vintage. For 2009, this is a silky freshness backed by a zing of acidity – and we can’t wait to see how its personality will mature.

Dom PÃ©rignon 2003Â Low acidity, but packed full of fresh fruit. Has a hint of saltiness and some of that smokey reductive character and almost seems spicy.Â Lots of ripeness, loads of pineapple and guava with hints of bitterness on the finish. On return, it has some lycheeÂ character.

Dom PÃ©rignon 2006 Way less reductive character and more of a shining white light – loads of expressive fruit character. Whereas 2003 and 2009 were warm/hot years, 2006 had more balance.Â Has heaps of lemon and lime flavour with hints of jasmine. A real purity of fruit and fresh acidity. Very fat and smokeyÂ after some time in theÂ glass.

Dom PÃ©rignon 2009Â Hint of salinity at first with lots of red apple flavour.Â Lots of summer fruits; melon, sherbet, lemon and lime. Enough acidity to keep it very refreshing and an apple ripeness lingering on the palate. Has good roundness, an elegant mouth-feel and great length. Dosage seems a very light touch. Will benefit from a couple more years.