It is not often in Champagne something as significant as this happens; typically when you talk to champagne houses about non-vintage champagne they are not keen on talking about what base year the champagne is from. Congratulations to Krug who recently announced that from now on each different release of Krug Grande CuvÃ©e NV will be labelled as an edition, beginning with the newly released 163rd Edition based on 2007 vintage. Consumers can now distinguish the base year from the front label and get extra information from the Krug ID number. 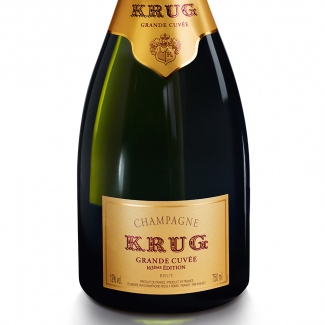 The 163rd Edition is not the first bottle that has been produced with an edition shown, during the launch of Krug 2002 bottles of Grande CuvÃ©e which was labelled 158th Edition were tasted alongside the new vintage.Â  The 158th Edition was created with the 2002 vintage as a base.

Krug are now going to continue this process for newly released Grande CuvÃ©e in the market thus allowing the keener Grande CuvÃ©e drinkers to have prior knowledge of what bottle they are buying before checking the Krug ID. This may well create a new market for Krug Grande CuvÃ©e as certain base vintages may become more popular and therefore sell at a higher premium. 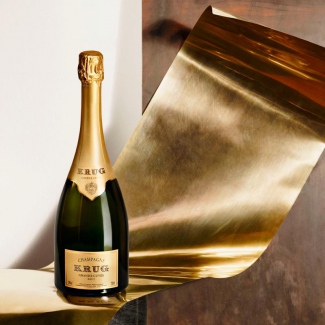 The current release of Krug Grande CuvÃ©e 163rd Edition is formed of 183 wines from 12 different years, the oldest from 1990 and the youngest from 2007. We currently have the 162nd Edition, 2006 base and 163rd Edition, 2007 base available, however the 162nd Edition has the previous Krug Grande CuvÃ©e label on.Â  The 163rdÂ Edition is full of promise; it has the Krug stamp all over it, bundles of fruit, hint of oak vanilla and oodles of complexity, charm and just a hint of creaminess showing through, something that Krug is well known for as the champagne ages. Amazingly long lasting in the mouth. 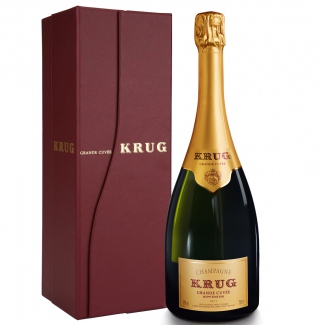 Krug Grande CuvÃ©e 163rd Edition is the first and only to show the edition on the front label. To identify earlier editions you would need to know the Krug ID code from the back label.