With the harvest taking place amidst such insatiable hype – following record breaking weather conditions and a seemingly flawless growing season – some winemakers in Champagne have adopted a cautious tone when describing 2018, perhaps in lieu of managing already sky-high expectations before the quality has been confirmed beyond doubt. However, one winemaker who isn’t afraid of revealing his excitement, is Lanson’s Chef de Cave, HervÃ© Dantan.

“It was a dream, this harvest,” Dantan told us. “After fermentation, there were some bad opinions spread about the vintage and others have been influenced by these rumours.Â In my opinion, it is a very special vintage… so dry, so hot, so sunny, with very wet weather during winter and spring time.” Ever the statistician, he informed us that there was 400mm of rainfall between November 2017 and March 2018, 70% of the annual amount in just 5 months.

“In my career, I have never seen such a great harvest.Â No botrytis, no disease, and an incredible level of maturity,” Dantan said. He did acknowledge that, at first, the acidity seemed like it might be an issue. “Some [winemakers] were afraid, saying that the vintage is very soft, too round.” However, high sugar levels, low acidity and no botrytis are conditions comparable to many other great vintages, with Dantan citing 1947, 1959, 1976, 1989 and 2002 as examples.

Each year, Lanson utilise a maturity index to calculate a numerical figure that is useful for comparing vintages. The equation, maturity index = level of sugar (g) / total acidity, equalled 28 in 2018, which Dantan described as “a good level, so the acidity was not a problem.” He went on to say that “maybe this is the year for malo, as we kept a high level of freshness in the wine.”

With the summer heatwave and continuous warm and dry weather forecast throughout harvest time, lack of water presented a potential problem. However, even that was solved by the climate. As the warm soils cooled overnight, they produced condensation in the form of dew, which was swallowed by the leaves, swelling the grapes to an even healthier level.

“This is a very good vintage to have after 2017. Even the oldest 90 year winegrowers I have spoken to have never seen such a harvest.”

Comparing the grape varieties, Dantan believes it could be a slightly more favourable harvest for the Pinot Noir than the Chardonnay. “There is maybe aÂ bit more energy and density in the Pinot than the Chardonnay… but the Chardonnay is still very good!” The blancs we tasted, from the Grad Cru villages in the CÃ´te des Blancs in particular, were notably powerful yet elegant, with heaps of tropical fruit.

The Pinot Noirs all had great structure; there wasn’t a weak example amongst all those we tasted. The wine from Verzenay in the Montagne de Reims is Dantan’s secret weapon in 2018: “This is a monster… all the wines from this village were good this year”.

Discussing how much more readily enthusiastic Dantan is about the future for 2018 compared to other winemakers, he commented: “The disappointment is from people who were expecting a rich harvest with a lot of concentration. In the end, the high volumes meant we couldnâ€™t get all that concentration.” Therefore, although expressing similar characteristics, 2018 will not have the concentration of 1976 or 1989. But, according to Dantan, it could have a richness comparable to 2002, with the brightness of 2004 or 2008.

In keeping with the rising popularity of single vineyard champagnes, Lanson revealed their own masterpiece, Clos Lanson, in 2016. The secret 1-hectare walled vineyard is located in the heart of Reims and is planted with Chardonnay vines, the grapes of which typically contributed to the vintage champagnes in the past.

However, a change of company ownership in 2006 prompted a reevaluation of the vineyards and Clos Lanson’s unique properties were finally discovered. The micro-climate within producesÂ temperatures 2 degrees higher than the surrounding area, yielding much riper grapes (they are consequently often the first to be picked in the region). “You get very special Chardonnay from Clos Lanson â€“ itâ€™s very generous in character but never forgets to be elegant. Itâ€™s never rich, and has a mineral core,” says Dantan.

Prior to bottling, the wines are vinified in oak barrels for 6-8 months. “We have two types of barrels,” Dantan told us. “One from Burgundy and one from Argonne.” The latter is a consequence of the Lanson family’s rich history with the Argonne forest, where they used to live.

The intention is to produce a Clos Lanson champagne every year that reflects the individual properties of each vintage. So far, they have succeeded, producing a champagne annually since the inaugural Clos Lanson 2006. We sampled a bottle of each vintage from 2006 to 2014, all of which had been disgorged the morning of our visit, with no dosage added.

The results were quite surprising. Although Clos Lanson 2008 and 2012 (two of the most celebrated vintages in recent history) clearly have great potential, the two vintages tasting best currently are Clos Lanson 2010 and 2013, which are both considered weaker years. Dantan commented: “Clos Lanson 2010 is my favourite now. The 2013 is an underrated vintage in champagne, similar in style to 2008. The 2014 also has good energy, although is still too young.”

We concluded our tasting with a few examples of the prestige cuvÃ©e champagne, Noble CuvÃ©e, which undergoes extended lees ageing and has near limitless ageing potential. Although both the Blanc de Blancs and Brut have been on the 2002 vintage for some time and there are no signs of an upcoming transition, they have both recently received newly designed, very chic and minimal labels (pictured right). Noble CuvÃ©e Brut 1985, despite now being nearly 35 years old, still has all the relaxed elegance of a much younger vintage. 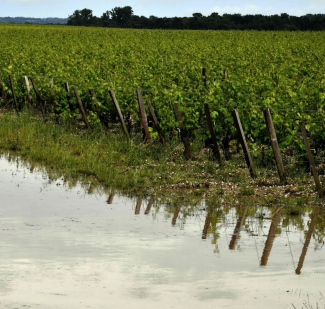 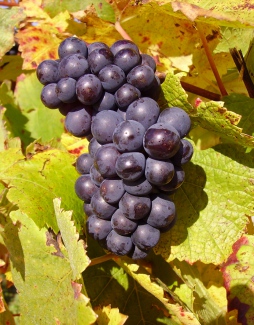 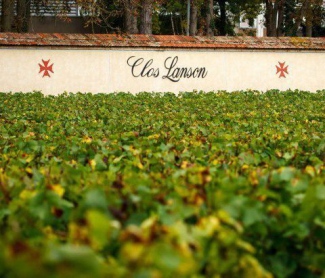 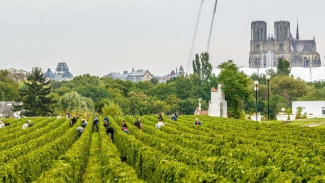 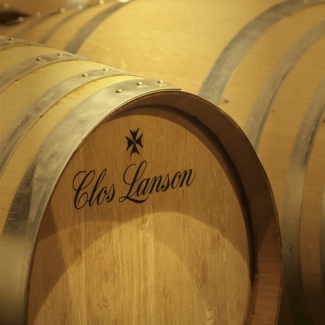 Lanson use two types of oak barrel: one from Burgundy and one from the Argonne forest 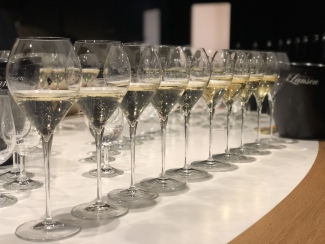 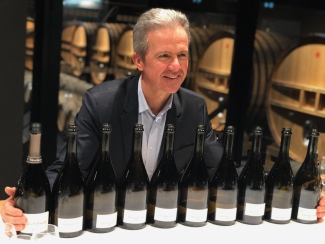 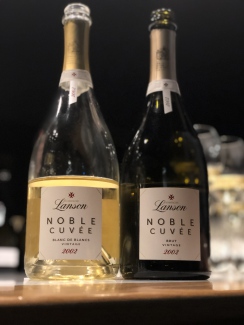