This year of change (in what has been a transformative decade for Laurent-Perrier) will also welcome the introduction of Grand SiÃ¨cle ‘Iterations’. Their prestige cuvÃ©e champagne is unlike any other. Launched 60 years ago, it broke the tradition of prestige cuvÃ©es always being vintage champagnes and is instead a multi-vintage (MV) blend of three different years.

The idea of Grand SiÃ¨cle (‘Great Century’) was born from a simple observation: that nature would never provide the perfect oenological year, but that thanks to the art of assemblage, Laurent-Perrier could in fact create it. The philosophy is therefore not simply to blend the last three vintages of Laurent-Perrier, but to “create the ultimate vintage.”

The three main rules are as follows: Grand SiÃ¨cle is 1) Always a blend of three exceptional vintages that perfectly complement each other; 2) Always 55% Chardonnay and 45% Pinot Noir; and 3) Always a blend of Grand Crus (up to a maximum of 11 out of the 17) that performed well in the respective vintages.

One year is chosen for structure, one for finesse, and one for freshness, creating a unique combination of power and balance from wines of the very best vintages.Â Although the crus vary blend-by-blend, some villages feature fairly consistently, such as AÃ¿, Bouzy, Le Mesnil-sur-Oger and Tours-sur-Marne.

Until now, it has been difficult for consumers to establish which release of Grand SiÃ¨cle they are currently drinking or have stored in their cellar, as the blend of vintages is not printed on the label. However, in response to growing consumer demand for more information, Laurent-Perrier are now releasing Grand SiÃ¨cle as ‘Iterations’ (similar to Krug Grande CuvÃ©e ‘Editions’). For the first time, the iteration number will be displayed on the neck of the bottle, which can then be matched onÂ GrandSiecle.comÂ to discover the secrets of each individual creation.

Despite being best known for producing the world’s favourite rosÃ© champagne, Laurent-Perrier are a Chardonnay-dominant producer. Chardonnay constitutes the majority component in all of their mixed-variety blends and is therefore the most crucial ingredient. Further, the value of the white grape is such that the blanc wines are always the first to be tasted post-fermentation. In short, Chardonnay is in the DNA of Laurent-Perrier.

The absence of a Blanc de Blancs cuvÃ©e from their prestigious range might therefore perhaps come as a surprise. In fact, Laurent-Perrier themselves have long been aware of this and have been working to remedy the discrepancy for more than a decade.

Back in 2004, Laurent-Perrier purchased Champagne Malakoff and its vineyards, the most impressive of which were located in the famous CÃ´te des Blancs region of Champagne. Almost overnight, Laurent-Perrier’s access to the prized high-quality Chardonnay grapes for which the region is famous substantially increased.

In 2017, the house revealed that their improved access to Chardonnay was put to use in reinvigorating their house non-vintage. A new champagneÂ was unveiled to replace their old non-vintage:Â La CuvÃ©e NV, one of the defining features of which was the hike in Chardonnay content. However, that wasn’t the only project their new proprietorship helped establish.

Long-time winemaker Michel Fauconnet (a Chardonnay expert, who has also been producing the revered Salon Le Mesnil Blanc de Blancs champagnes for more than two decades) spied an opportunity to not just improve their brut non-vintage champagne, but to produce the cuvÃ©e that’s long been missing from their range: a Blanc de Blancs. After nearly a decade, the house have finally revealed their new creation: Laurent-Perrier Blanc de Blancs Brut Nature NV.

The 100% Chardonnay blend is based on equal proportions of the 2012 and 2013 vintages. The high reserve content of 40% contains wine from several previous vintages, with a significant contribution from 2009. Both the base and reserve wines originate from the same Grand and Premier Cru vineyards: Chouilly and Cramant from the CÃ´te des Blancs and Villers-Marmery from the Montagne de Reims. Chef de Cave Fauconnet commented: “We are looking for the fresh Chardonnay character, with a balance of minerality… nothing big and heavy.”

Notably, the champagne is a Brut Nature (zero dosage was added post-disgorgement), making it the only Grande Marque Blanc de Blancs with no dosage. The house have considerable experience in zero dosage vinification, having first produced a non-dosÃ© champagne in the 19th century. They later founded the official category with the release ofÂ Ultra Brut NVÂ in 1981, which is still produced today. However, Fauconnet predicts that, being all Chardonnay, the new Blanc de Blancs NV cuvÃ©e will have much better ageing potential than Ultra Brut NV, which is 45% Pinot Noir.

We tasted a preview with Fauconnet at the house in Champagne last week and were very impressed: super fresh on the palate, with a balanced and linear precision throughout, and layers of powerful fruit and spicy complexity. The perfect Blanc de Blancs sibling to the world-famous Blanc de Noirs, CuvÃ©e RosÃ© NV. Fittingly, Blanc de Blancs Brut Nature NV will be sold in the same iconic bottle shape for which CuvÃ©e RosÃ© is so well-known. 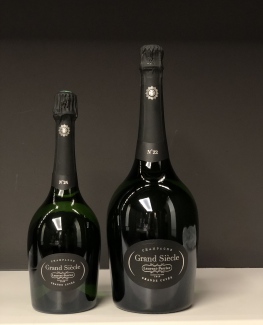 The launch of the Grand SiÃ¨cle ‘Iterations’ concept coincides with two new releases: No 24 in bottle and No 22 in magnum 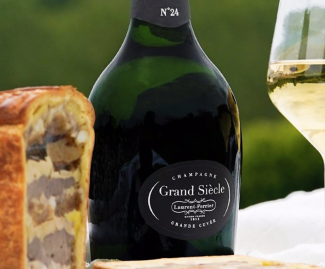 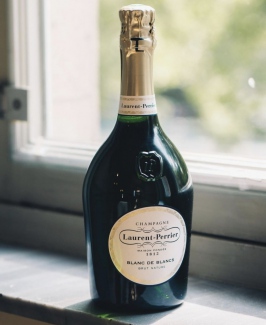 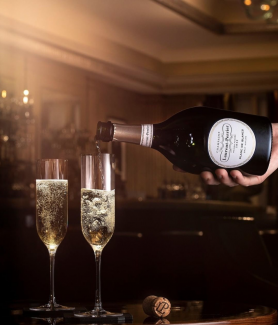