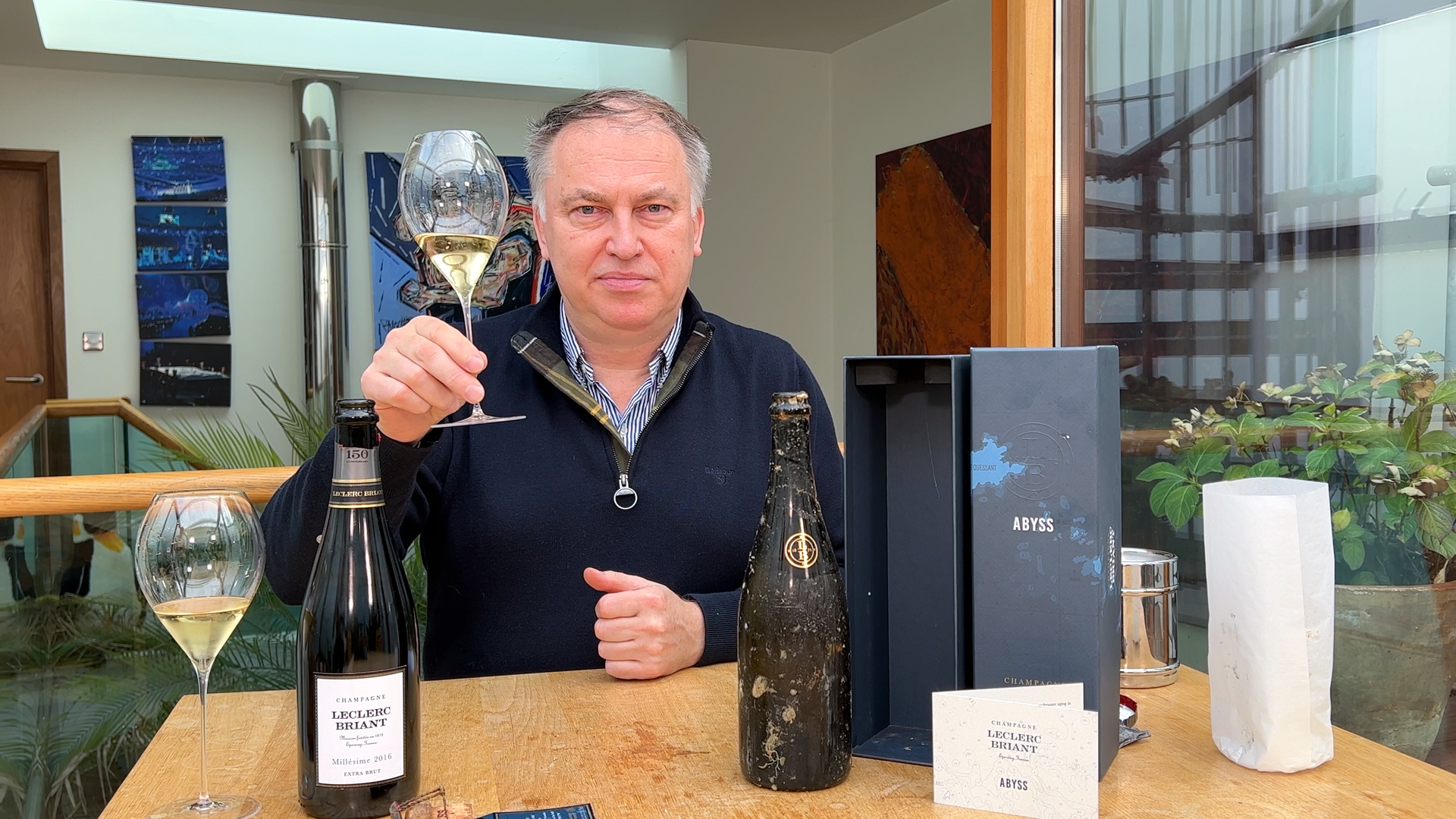 Leclerc Briant‘s entire vineyard is certified as organic and biodynamic. In addition, all the champagnes released onto the market are certified as vegan.

Cuvée Abyss is a champagne with a maritime character which has benefited from being matured at the bottom of the sea.

This is now the sixth release based on wines from the 2017 harvest (following the 2016, 2015) blended and bottled in July 2018, disgorged in June 2021 and then off to Brittany that same month where it spent just over 13 months 60 meters under the sea before being retrieved in Autumn 2022.

Millesime Vintage 2016 Extra Brut marks the new release of Leclerc Briant vintage made up of 50% Pinot Noir, 35% Chardonnay and 15% Meunier.

Essi Avellan 92/100 Abyss 2017
“From the depths of the sea, invigorated by nature’s energy with a bottle decorated by mother nature herself, Leclerc Briant Abyss is something truly unique. The house’s Abyss project, which commenced with the 2012 vintage, sees bottles submerged in the sea near Brittany to a 60-meter depth for nearly a year to enhance the bioenergy. The 2017 was disgorged in July 2021, sunk in the sea and taken back to the surface 10 months later. Beautifully soft, ripe fruity nose with red and yellow fruits intermingling. The bone-dry palate is super fresh yet textured, with the plushness meeting energising nervosity. Impressively creamy mousse. Outstanding effort for the notorious 2017 vintage. Disgorged 7/21; dosage 0g/l”