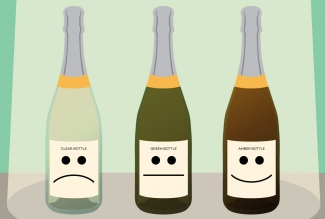 Brown glass bottles offer the most protection from light 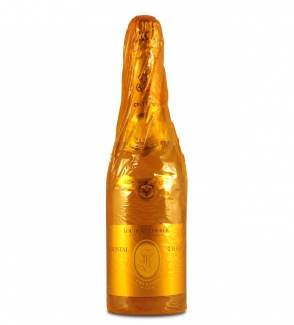 Keep champagne encased in any protective cellophane that it arrives in 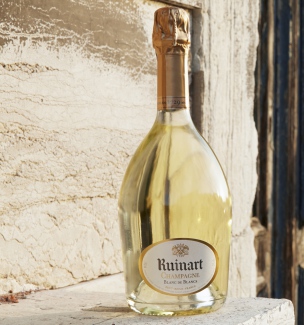 Faults are an unfortunate reality in the wine industry. As technology has advanced, the occurrence of many faults has been greatly reduced, or even removed entirely (for example,Â technological corksÂ have eliminated instances of cork taint). However, one less-known fault that poses a greater threat to sparkling wine and champagne than still wines is lightstrike.

Lightstrike occurs when wine is exposed to blue and ultraviolet light. The light transforms amino acids within the wine into unpleasant smelling compounds such as dimethyl disulphide. Milder cases of lightstrike will taint the fruit flavour of the wine; more severe cases will completely occlude the fruit with undesirable characteristics like cabbage and damp cardboard.

That light exposure can damage wine is not a new discovery – most consumers are aware of the importance of keeping cellars dark. The speed with which lightsrike can, ehem, strike, however, is only recently beginning to be appreciated. It is now known that light can damage wine irreversibly in as little as one hour.

The general consensus therefore, is that the majority of lightstrike occurs in shops, bars and restaurants, rather than cellars. Indeed, Ruinart Chef de Cave FrÃ©dÃ©ric PanaÃ¯otis told the drinks business last year: “I am horrified to see restaurants with beautiful displays of wines under spotlightsâ€¦ there is a lot of education required.”

The wavelengths of light that can damage wine are not just found in sunlight and fluorescent bulbs, some are also produced by LED and incandescent lighting – although the damage may be less pronounced. Sparkling wines and champagne are particularly susceptible to lightstrike due to their naturally high levels of amino acids and because the bubbles amplify the bad aromas.

Noting champagne’s susceptibility to lightstrike, many producers have changed, or are in the process of changing, the colour of the bottles they use. Bottle colour has a significant influence on how much light reaches the liquid inside. Unfashionable near-opaque brown glass (such as that found encasing most vintage ports) is the most protective, filtering 90% of harmful light and 99% of ultraviolet light specifically. More popular green glass bottles block between 50% and 90% of the damaging rays, depending on hue, darkness and thickness. Unsurprisingly, clear glass bottles offer the least defence, preventing just 10% of lightstrike wavelengths from reaching the wine.

Despite this, clear glass bottles are becoming ever more popular, likely due to the increase in sales of rosÃ© (which is enjoyed as much for its colour, hence why producers are more keen to put the colour on show). One famous champagne example comes in the form of Louis Roederer Cristal, which, due to being bottled in clear glass, comes wrapped in orange cellophane for protection (see picture on the left).

Another popular champagne housed in clear glass is Ruinart Blanc de Blancs NV, henceÂ FrÃ©dÃ©ric PanaÃ¯otis’ concern. He further told the drinks business: “If I could switch to black glass tomorrow I would.” Other producers with the same concern are in fact making the change. Piper-Heidsieck announced last year that they have switched from using green glass bottle to brown glass bottles, the first of which will hit the market this year.

Unlike cork – which causes controversy because it offers technical advantages as well as undesirable risks – clear glass bottles present no benefit to champagne, their use is purely cosmetic and their only effect on quality is to risk diminishing it. The point of this is not to suggest that one should not purchase champagne in clear bottles – most will be unaffected. It is however, worth monitoring where and how they might have been stored and paying extra attention to where you keep them at home.