With its particularly mild winter, consistently warm temperatures throughout summer, 20% less-than-average rainfall during the growing cycle and a cool, dry northeast wind in August and September, the 2002 harvest has gone down in Champagne history books as one of the very best. Given thatÂ Louis Roederer Cristal 2002Â and Cristal RosÃ© 2002 have consistently been celebrated as the ultimate expressions of this legendary vintage, it is perhaps no exaggeration to say that they are theÂ best of the best.

Their accolades and widespread critical acclaim speak for themselves. The blanc has been scored 19/20 by Jancis Robinson MW, awarded a near-perfect 99/100 from Essi Avellan MW and picked up theÂ Supreme World Champion trophy (from magnum) at theÂ 2016 Champagne and Sparkling Wine World Championships. Many critics have described it as not just the greatest Cristal vintage ever – but the best vintage champagne. Ever.

Although it seems hardly possible, the rosÃ© has an even better track record. Having received a spate of 100/100 scores from critics includingÂ Peter Liem, Joshua Greene and Essi Avellan MW (who has declared it her all-time favourite), Cristal RosÃ© 2002 also won the Supreme World Champion trophy (from bottle), this time at the inaugural 2014 Champagne and Sparkling Wine World Championships.

Therefore we were particularly excited when Louis Roederer revealed that they kept some original disgorgement bottles of both Cristal 2002Â andÂ Cristal RosÃ© 2002Â in their cellars in Reims (undoubtedly aware that we’d drink them all if they didn’t) to be re-released at a later date. These special bottles were aged on their lees for 6 years (7 years for the rosÃ©) and disgorged in 2009 (2010 for the rosÃ©), after which they were put back into the cellars for a further 8/9 years of bottle ageing before being re-released into the market this year.

We tasted a bottle Â of each with Chef de Cave Jean-Baptiste LÃ©caillon during a visit to Reims earlier this year and were blown away by their silky smooth freshness. Both stunning upon release, all early expectations have proved themselves well-founded. Cristal 2002 is only now starting to show its full potential and has reached a new dimension of complexity – whilst retaining all of its youthful vigour – during extended bottle ageing. As forÂ Cristal RosÃ© 2002, Essi Avellan’s reaction upon first tasting the re-release with LÃ©caillon in Reims says it all: “100/100!” 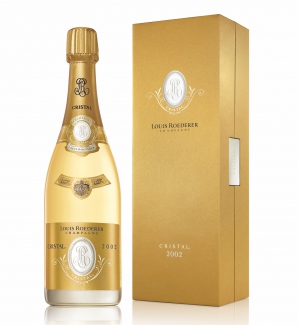 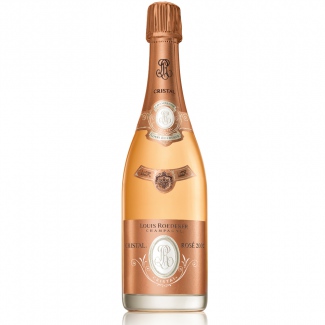