“This was one of the best years region wide,” MoÃ«t & Chandon winemaker Amine Ghanem told us during our vins clairs tasting at the impressive winery in Ã‰pernay earlier this year. “It is on par with 2012… but still a challenging year.”

Ghanem was quick to highlight how unusual the growing season was from an environmental perspective. “It was aÂ scary year in terms of climate change.Â We had a very tough start from January to June… lots of rain, hail, pressure of mildew and no nitrogen. Then at the end we have something special.”

MoÃ«t & Chandon were one of the first houses to pick grapes from Grand Cru villages, beginning with the Pinot Noirs on 23rd August. “The challenge [during harvest] was making sure youÂ pick the right plot at the right time to ensure freshness,” Ghanem said.

With big yields recorded throughout Champagne, averaging around 15,000 kg/ha, the most immediate benefit was the ability to refresh the wines in the cellar, many of which were sub-par as a result of the difficult 2017 harvest. “We donâ€™t have much reserve wine from 2017 left as we have already used most of it. This was a very successful year for winery management… as the 2017 wines are no longer there to spoil the blends!”

That said, there were some challenges. The lack of nitrogen in the wines was an issue and is something MoÃ«t are monitoring during fermentation. Ghanem explained that the nitrogen in the soil cannot be taken up by the vines if it is not mineralised, and the catalyst, water, was in short supply due to the drought which lasted from June to late September. Additionally, to improve their impact on the environment, MoÃ«t have been planting grass in their vineyards (grass roots act as a natural environmental filter), which have the side effect of pulling nitrogen away from the vines.

Another challenge was the acidity levels.Â The grapes had good maturity, averaging around 10 degrees potential alcohol, but the total acidity was quite low at 5.7, similar to the 2003 vintage. This is a common theme with hotter vintages andÂ is something to watch out for in the future as the climate continues to warm. “This year we monitored each vineyard by acidity, rather than botrytis or rot, because there were no problems with disease.”

Despite the challenges, the resulting wines are outstanding. The ten strong winemaking team at MoÃ«t & Chandon use an ABC scale to rate all of the 800+ base wines (relative to the vintage) on factors such as acidity and whether they can discern defects such as mould or dust. The C’s are discarded, whilst the Aâ€™s and Bâ€™s go forward for re-tasting (there is also the option for A+ and A++ ratings). In 2018, 95% of the wines were rated A or above.

Of the three grape varieties, Pinot Meunier was the lowest yielding, with higher acidity levels than the Chardonnay and Pinot Noir. However, Ghanem was particularly pleased with the Pinot Meunier this year, as the weakness of Meunier is its susceptibility to disease, which, in the absence of this year, the Pinot Meunier flourished: producing linear, precise and fresh wines.

According to Ghanem, the white grapes proved the most difficult. The winemaking team were at first disappointed with the Chardonnay base wines, which were a little oxidised – potentially a result of the lack of nitrogen. “The Chardonnays are a little mature already. Our challenge was to keep the freshness, as the acidity was much lower,” Ghanem told us.

Fortunately, ultra-modern producers that they are, MoÃ«t & Chandon have the tools to compensate. Each tank has a CO2Â sensor that allows them to monitor the levels of oxygen and nitrogen within the tank. By adding correcting pulses of either, the winemaking team can ensure the yeast finishes fermentation at the optimum time, thereby preventing any further oxidation.

We also tasted a Pinot Meunier and Pinot NoirÂ premiÃ¨re tailleÂ (the 500 litres of juice pressed after the cuvÃ©e, the first 2,050 litres), which typically has less sugars and acidity and more tannin content than the cuvÃ©e. Owing to the overall strength of the vintage, the premiÃ¨re tailleÂ was of an impressive standard this year, bringing more minerals to the blends, and lending herbal and reductive hints. Some of the finished blends can contain up to 10-20% ofÂ premiÃ¨re tailleÂ wine.

We tasted the completed ImpÃ©rial NV 2018 assemblage, which is an equal parts blend of the three grape varieties this year – a testament to the region wide strength of the wines. The first assemblage has 40% reserve wines, which will be reduced in each successive blend (due to the sheer volume of ImpÃ©rial NV sold, MoÃ«t create 3 blends throughout the year, in March, June and September).Â Ghanem informed us that they have been lowering the dosage in recent years, as they have “more expressive wines now” and “don’t need the sugar”.

Our final 2018 still wines were two reds, produced using totally different winemaking techniques: thermovinification and maceration. MoÃ«t had exceptional raw materials for the red wine program this year: 98% of the Pinot Noir wines were A rated. The majority originated from Hautvillers and were picked at 11.5-12 degrees of ripeness.

The thermovinifed red wine, produced by heatingÂ grapes andÂ musts to near-boiling temperatures prior to fermentation to promote the rapid extraction of colour and tannins, contributed 9-10% to the ImpÃ©rial RosÃ© NV blend. The macerated red wine, which was macerated at a controlled temperature never exceeding 25 degrees and underwent low temperature fermentation, will undergo 7 years of ageing.

To conclude our visit, we sampled the newly released vintages: Grand Vintage 2012Â and Grand Vintage RosÃ© 2012. Ghanem described 2012 as “a miraculous year”, with hail and spring frosts destroying around 40% of the vineyards early on, yet the eventual low yield of grapes were in almost perfect condition: 10.6 potential alcohol and 7.5 acidity.

The black grapes, and the Pinot Meunier especially, were particularly outstanding in 2012. Unsurprisingly, the blend therefore has a higher percentage of Pinot Meunier than any previous MoÃ«t vintage, at 26%. Grand Vintage 2012 was released a little earlier than expected, after just 5 years on the lees as, according to Ghanem, “it was just showing so well”. He clearly holds the vintage in exceptionally high regard, comparing 2012 to vintages of incredible calibre, such as 1966, 1989 and 2002. 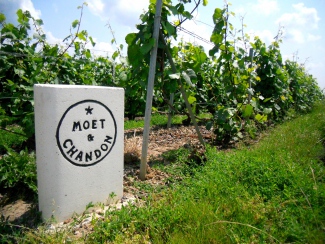 MoÃ«t & Chandon were one of the first houses to pick Grand Cru grapes, starting with Pinot Noir on 23rd August 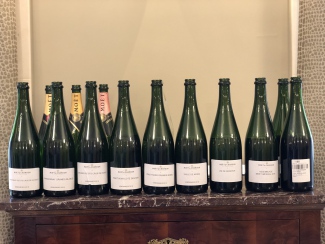 The Pinot Meunier base wines were particularly impressive in 2018 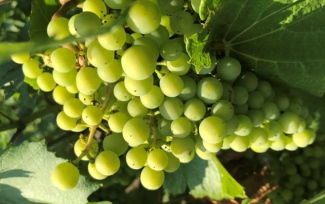 The Chardonnays tasted a little oxidised at first, potentially due to a lack of nitrogen 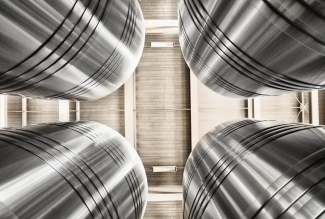 With access to the best winemaking facilities available, MoÃ«t & Chandon can monitor and manipulate even the tiniest details 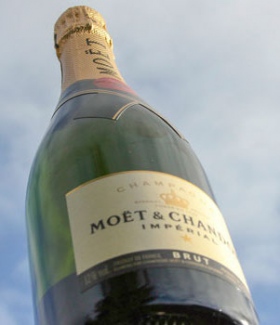 As it is produced in such high quantities, three separate ImpÃ©rial NV blends areÂ made each year 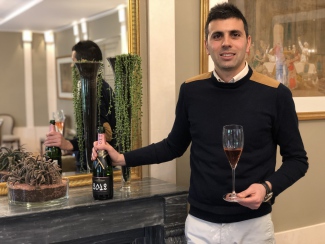 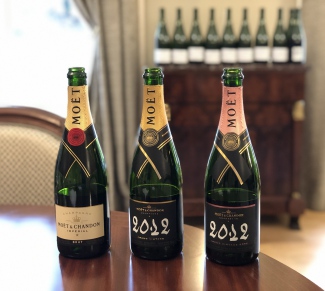 The new 2012 vintages are both Pinot Meunier driven