It’s official. The clocks have gone back and we’re into November, which can only mean one thing… Christmas is just around the corner. Whether you love it or loathe it, as trees go up and lights turn on all over the country, the festive season is undeniably upon us. In the weeks leading up to Christmas, we’ll be running a series of weekly promotions. Each week will have a unique theme, promoting a different brand or style of champagne.

Fittingly, we’re kicking off our festive promotions with the most famous of champagne brands: MoÃ«t & ChandonÂ and Dom PÃ©rignon. With a gargantuan production of around thirty million bottles annually (accounting for over one-tenth of the entire region’s), their role as image builder for the appellation as a whole cannot be overstated.

Founded in 1743 by Claude MoÃ«t, the marketing acumen of his grandson Jean-RÃ©my MoÃ«t initiated the brand’s international fame and mass volume production. Realising the business potential of his close friendship with Napoleon, Jean-RÃ©my built the emperor a replica palace – Residence de Trianon on Avenue de Champagne in Ã‰pernay; and the house eventually even named their non-vintage cuvÃ©e after the late emperor in 1869 – ImpÃ©rial, a name which has lasted till this day.

Since then, MoÃ«t & Chandon have grown by acquiring other champagne estates, selling them forward and keeping their prestigious vineyards. Such large-scale production could only operate under the leadership of a truly superb Chef de Cave and in BenoÃ®t Gouez, MoÃ«t have one of the best. With a world-class ten-man oenologist team, Gouez has access to the brightest minds and palates in the region, no doubt a huge driving factor behind his success.

Now proprietors to the largest amount of land – some 1,190 hectares of rich limestone soil; and the largest extent of underground cellars – over twenty-eight kilometres, MoÃ«t & Chandon’s future is as secure as their champagnes are delicious. Almost as famous as MoÃ«t & Chandon itself, is the brand’s prestige cuvÃ©e, Dom PÃ©rignon, a vintage champagne produced for the first time in 1921. Today, Dom PÃ©rignon is produced under the guidance of Champagne legend and Chef de Cave Richard Geoffroy.

MoÃ«t & Chandon ImpÃ©rial NV is the world’s most popular champagne: an assemblage of over two hundred crus with around 20-30% carefully selected reserve wines, produced in astonishing numbers with remarkable consistency year upon year, batch upon batch. Production has reached such an immense volume, the house recently invested in a new state-of-the-art winery designed solely for ImpÃ©rial NV.

Dom PÃ©rignon 2009Â was the first vintage of MoÃ«t & Chandon’s prestige cuvÃ©e to beÂ released in non-consecutive order (released before Dom PÃ©rignon 2008). AÂ difficult year initially was transformed by a perfect August of uninterrupted hot and dry weather, which produced grapes of incredible ripeness, reflected in Geoffroyâ€™s decision to use a much lower dosage – just 4 g/l. 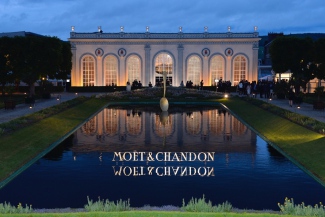 RÃ©sidence de Trianon, a replica palace built in Ã‰pernay for Napoleon, a close friend of the family 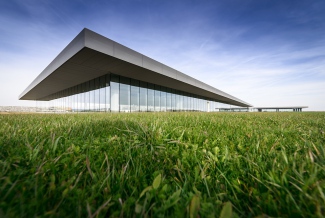 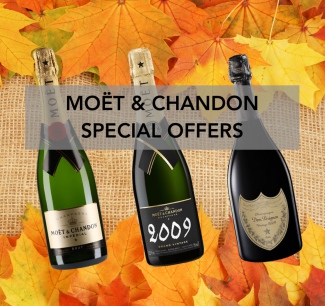