At The Finest Bubble, we have attended many tasting events in the last nine months (our job is marvellous!) and at each one, we always come away with one champagne on our minds; Charles Heidsieck. We only thought it was right to share with you our reasoning and recommendation behind our recent listings of their fabulous champagnes. Collectively we decided that we only wanted to offer four of their range based on the fact we wanted to go with champagnes that will stand out against its competitors. 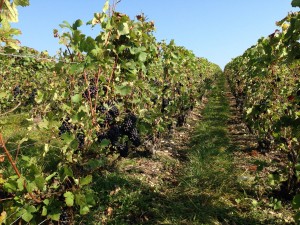 Being the smallest of the three champagne houses named Heidsieck, back in 1851, they needed something big to express their name above the rest of them, as if naming the champagne with your first name wasnâ€™t enough (this caused quite a stir) they have a champagne that manages to achieve this beyond all doubt.

It is their Brut RÃ©serve NV, from the first to the last bottle weâ€™ve tasted; each one contains a creamy nature that sends your mouth into a whirlwind of flavours of nuts and apricot. The Brut RÃ©serve is left in 60ft deep cellars containing 40% reserve wines (the maximum allowed in a non-vintage wine) for 6 years on the lees plus a 36 month post disgorgement ageing time, the minimum requirement for the whole process is 15 months and this extra long ageing shows through with the prowess of the Brut RÃ©serve.

The finite amount of champagne produced each year due to the size of their vineyards, requires a production that competes with the big champagne houses around them. You donâ€™t win the best sparkling wine award at the International Wine Challenge for the past 13 years unless you have something special. Endorsements for champagne do not get any better than from Jancis Robinson MW, and she stated that against the powerhouses of Dom PÃ©rignonâ€™s CuvÃ©e and Louis Roedererâ€™s Cristal that â€˜Charles Heidsieckâ€™s Blanc de Blancs, CuvÃ©e des MillÃ©naires 1995 qualifies as that houseâ€™s prestige cuvÃ©e and was the finest wine on show by quite a margin.â€™ 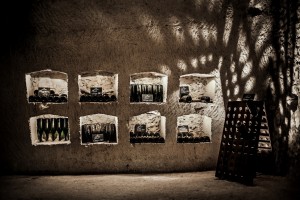 The recognition from Leroux, Charles Heidsieckâ€™s Director, that “Champagne is a people business. We sell it bottle by bottle” runs in line with our ethos and therefore it is the perfect brand for us to start listing. The finite amount of wines available has also contributed in reducing the brandâ€™s need to sell to supermarkets and has therefore, stuck to selling in restaurants and smaller retailers.

A very well known and highly regarded new cellar master Cyril Brun has become Charles Heidsieckâ€™s new chef de caves as of May 2015 and will use his expertise and experience from his years at Veuve Clicquot to continue the amazing work left behind by the late Thierry Roset. So we are looking forward to the magic that will be cast on his champagnes.

The hard work is prevalent in each bottle and although in 1852, Charles-Camille Heidsieck sailed across the Atlantic to promote his Champagne to the U.S, not as much effort or sailing was put in to convince us that we should be listing Charles Heidsieck as one of our brands. The champagne does the talking.