Today sees the launch of highly anticipated Krug 2006, a follow on from Krug 2004 launched in September 2017. Hosted at Gibson Guitars in London, the launch event includedÂ the latest release of Krug Grande CuvÃ©e 167th EditionÂ and a seated tasting of Krug 2004, 2006 and Grande CuvÃ©e 162nd EditionÂ (2006 base). The tasting concluded with music inspired by Krug 2006.

Chef de Cave Eric Lebel spoke in detail about the origins of Krug and especially Vintage and Grande CuvÃ©e. In 1843 Krug was established as a Maison by Joseph Krug who wasÂ working at another house at that time and having worked through a few challenging vintages he thought about a new creation that is what we see today with Grande CuvÃ©e. Joseph was 35 at the time and he wanted to find a way to offer the customer a generous expression in a champagne annuallyÂ without worrying about the challenges you may get from an individual year. Written in his first Krug notebook in 1848 is the idea of blending a dominant/base year with some older reserve wines, which became the transmission tool for future generations at Krug. The founding principle is that the house can offer two champagnes of the same quality with no hierarchy; at the time this was the Champagne No. 1, the Grande CuvÃ©e ancestor and Champagne No. 2, the individual vintage expression.

No. 1 is the fullest expression of Champagne, re-created every year, regardless of annual climate variations, it is a blend of over 120 different wines from more than 10 different years. This allows rich aromas and flavours that a blend from one year wouldn’t always allow. No. 2 is created as Joseph wrote, Â “according to the circumstances.” It is the selection of the best wines from a good year that best express the story of the year.

From a typical harvest there are about 277 wines to taste. Each day at around 11:00 the six members of the tasting team begin their mammoth task of tasting 15 of these still wines. They make precise and accurate notes on each to allow them to re-create the dream recipe of Joseph Krug. To begin with, during the months between harvest and December, the team only taste that year’s harvested wines. Once the new year is upon them, they begin the task of tasting 150 reserve wines from over 15 different years to establish the expressions of those years that best suit the current blend. When Eric joined 21 years ago with Henri Krug there were only 50-60 reserve wines from 5-6 years. Since this time, the library of reserve wines has grown substantially in size, at least tripling to over 150 but the production size has stayed relatively similar. This is mainly due to LVMH, who purchased Krug and invested heavily in growing their reserves.

No. 2, Krug Vintage, celebrates the distinct character of a particular year, from a variety of the most expressive wines that are enhanced by a minimum of 10 years in the cellars. Krug 2006 is no different, benefiting from 13 years in the cellars. Â Named ‘Capricious Indulgence’, 2006 was a challenging year for the winemakers since just before the harvest Eric Lebel fell ill and newly appointed Director, Olivier Krug took over the demanding job of grower relations to ensure the harvest was successful. Not only did Krug have to deal with this complication, they also had some challenging weather battles throughout the year. 2006 was considered a hot vintage in Champagne with extreme highs and 23 days recorded over 30 degrees celsius. It was a capricious climate that went from dry periods to intense rainfall – in August 2 months of rain fell in just 2 weeks.Â Fortunately the sun returned to complete the ripening period, shining on a beautiful harvest.

Cellar Master Eric Lebel selected those wines that best exhibited the unique, silky roundness of the year with a good structure and length. He commented: “When we create a blend for a new Krug Vintage, we want to tell the story of the year – of what surprised and enchanted us. In 2006, all three Champagne grapes showed beautiful indulgence and maturity across our selected plots. It was a year for elegant and balanced Meuniers evocative of pears and apples. The Chardonnays were classic with ample aromas, while the Pinot Noirs of the Marne revealed promising structure and great potential.”

“Outstanding Pinot Noir. Quite rich and polished. No hint of astringency. But zesty on top and with lots of undertow. (Iâ€™ve never heard anyone say of a Krug vintage that it shouldnâ€™t have been released.) Long with a particularly rich finish.”
18/20 Jancis Robinson MW

“The deep golden coloured hue speaks of a warm vintageâ€™s wine. Already the nose reveals a big character with great presence. The toast and dried fruit lead nose comes with no shyness but bold yet finely integrated oaky touches and spicy complexity. On the palate the sweet vanilla tones turn towards honey with nutty notes persisting on the long, intense after taste. The Pinot Noir prominent palate is generous and supple but stylishly refreshed by a fine, brisk acidic backbone. Beautifully textured and seductive and finishing with a nice bite of crispness and minerality. It has come around early but there is structure and intensity to support great ageing.”
95-97/100 Essi Avellan MW 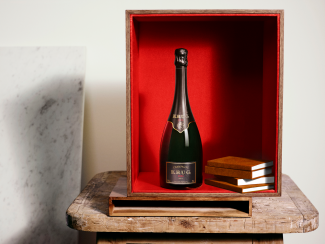 Capricious Indulgence – An expression of nature’s depth and elegance 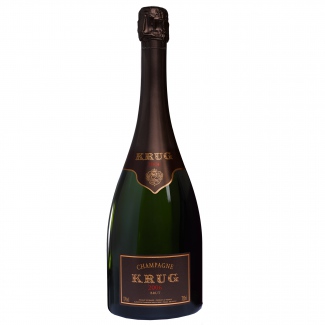 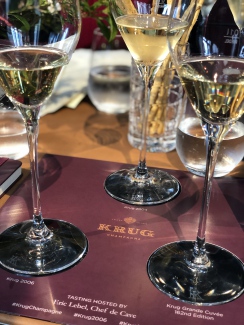 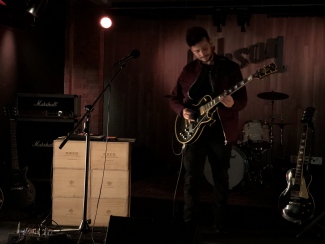