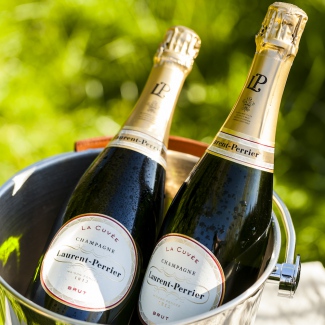 Last year, Laurent-Perrier made headlines by announcing that their their brut non-vintage – the fifth best-selling champagne in the world – was to be discontinued and replaced with an entirely new blend. This story, as most other champagne stories before it, began years ago.

Back in 2004, Laurent-Perrier purchased Champagne Malakoff and its vineyards, the most impressive of which were located in the famous Côte des Blancs region of Champagne. With substantially increased access to high-quality Chardonnay grapes, long-time winemaker Michel Fauconnet spied an opportunity to improve their brut non-vintage champagne, and commenced plans to reinvigorate the old classic.

In the summer of 2017, this 13-year project was finally revealed to the world. Laurent-Perrier announced that their old Brut NV would cease to be produced and a new champagne, befit with a stylish new name, would replace it: Laurent-Perrier La Cuvée NV. Harnessing their greater supply of Chardonnay, La Cuvée is an assemblage of around 100 crus, nearly double the amount of its predecessor. Consequently, the overall proportion of Chardonnay in the blend has also increased, from 50 to 55%. The Pinot Noir content remains at 35%, whilst the amount of Pinot Meunier has dropped to 10%. Reserve wines have also increased: up to 30% in this new non-vintage champagne. Further, La Cuvée NV will age for four years on the lees in Laurent-Perrier’s cellars – 12 months longer than the blend it replaces – and the dosage has dropped from 10 g/l to 9 g/l, a modern trend seen widely across the region. 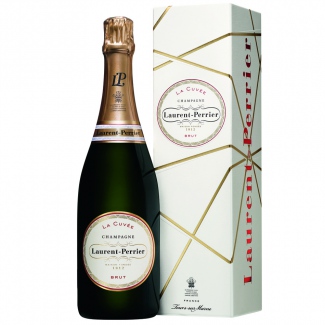 All new label and packaging for LP

Impressively, La Cuvée was one of the few non-vintages to be awarded a gold medal at the CSWWC 2017, justifying what was a bold move by Laurent-Perrier HQ. Tasted side-by-side with the old brut non-vintage, La Cuvée is a noticeably superior champagne. Light, refreshing and delightfully complex, it is a serious non-vintage. Bravo Michel Fauconnet and the team at Laurent-Perrier.

This news came during a year of great development for Champagne Laurent-Perrier. Structural changes in management and sales were ushered in alongside a renovation of their famous premises in Tours-sur-Marne. Their whole champagne range was also treated to redesigned labels, which now feature on their vintage (starting with Laurent-Perrier 2007), Rosé NV and La Cuvée NV champagnes (pictured left).

Essi Avellan MW – “Laurent-Perrier is launching a new and improved version of its iconic non-vintage Brut L-P. La Cuvée is the result of 15 years of development, which has meant an increasing number of villages entering the cuvée. The first blend is a mix of 2012 and 2009 vintages, both excellent years. The style is very much as before but one can sense an increased layer of depth and smooth richness. What is most laudable is the impeccable harmony the wine possesses already upon release. Such a pleasurable, round and energetic champagne.” 88/100