Last week, we had the distinct pleasure of tasting some absolutely stunning Dom Pérignon champagnes with Cellar Master, Vincent Chaperon. This tasting was a preview of the new Dom Pérignon P2 2002 – one of the most anticipated launches of the decade.

In Champagne, 2002 was one of those rare and remarkable historical moments, in which near-perfect growing conditions produced grapes of exemplary maturity and ripeness. Alongside 2008 and 2012, the champagnes from this vintage are generally regarded as the best this century.

Dom Pérignon only produce vintage champagne and their winemaking team have long recognised the distinct life curves of each and every different vintage, including both the challenging, such as 2003, and the sublime, like 2002. As Chaperon describes, each vintage evolves in a “nonlinear fashion”, with periods of expression – ‘the Plénitudes’ – during which they reach a new dimension of quality.

The first level is typically attained after around eight years, at which point the champagne is first released, as Pléntiude 1 (although it is not labelled as such). However, champagne left on its lees for longer becomes even more extraordinary and scales even headier heights, particularly after around 15 years, at which it reaches P2, the second Plénitude.

“Plénitude 2 reveals Dom Pérignon Vintage 2002 in a new light, bringing the wine a radiant golden vibrancy. The natural opulence of the grapes harvested in 2002 is transformed by the additional maturation time, tending to the ethereal” – Vincent Chaperon

Dom Pérignon P2 2002 spent 15 years quietly ageing in the cellars on its lees, developing its distinctive “youthful style”, before resting for a further 12 months post-disgorgement. The long maturation has filled it with a timeless energy and vitality and a renewed ageing potential. It would be fair to say that it has given an already amazing vintage an extended lease of life, producing an especially rare and precious champagne the likes of which every connoisseur would be proud to have in their cellar.

During the tasting with Chaperon, we compared the original P1 2002 release with the new P2 2002. The original release was in typical top form; upon tasting one cannot help but succumb to a warm, tingling sensation all over – simply delicious. P1 2002 was much darker in colour than the P2, which had a brightness, almost sparkling out of the glass. The nose on the new release was also much more subdued and very youthful in comparison to the straight P1 2002.

The superiority of the new release is quite undeniable. At our comprehensive Dom Pérignon vertical tasting last year, which showcased 23 Dom Pérignon champagnes, P2 2002 received the third highest average score of the evening – 18.5/20 – beaten only by the two 1990s. Further, the world’s leading wine critic Jancis Robinson MW, who presented the tasting, awarded it her highest score of the night, a perfect 20/20.

Dom Périnon’s Plénitude champagnes are the superheroes of the wine world, and now they have a vintage equal in class. Combining all the racy and vibrant characteristics of the 2002 vintage with the complexity and youthful vigour afforded by extended lees ageing, Dom Pérignon P2 2002 is a truly world-class champagne. Officially released on 1st June, it is available to pre-order now, in limited quantities. Given its reputation, we are expecting demand to be extremely high. 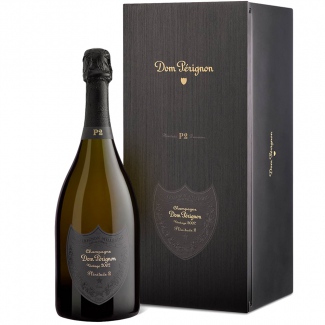 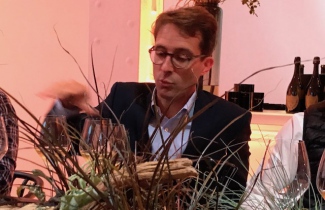 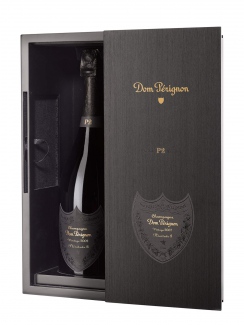