Dom Pérignon 2003 P2 – The Champagne and The Plénitudes
Dom Pérignon choose the best grapes from any of the 17 Grands Crus, including the legendary Premier Cru, Hautvillers and it is released in three different maturation time periods called Plénitudes. The first Plénitude is the Dom Perignon we all know and love released after 8-9 lees ageing. The second Plénitude, released after 15 to 20 years lees ageing, Dom Pérignon P2 is the Plénitude that shows “energy” it is broader, more fruit intense and has freshness and vitality which you didn’t see on its first release. P3 is released after considerable more lees ageing and in very small quantities.

Richard Geoffroy – Dom Pérignon’s Now Retired Chef de Cave
At the time the Dom Perignon P2 2003 was created the now retired chef de cave Richard Geoffroy was in charge and Richard always hailed 2003 as his “favourite” vintage, more because of the challenge of making a great champagne in a year where the extremely hot weather was making it near impossible.

“I loved how in his 28 years at Dom Perignon Richard Geoffroy always praised the surprise element, he insisted on Dom Perignon to keep on surprising us.” – Essi Avellan MW

Simon picks up on the difficulties of the vintage though he picks up on an interesting quote from Richard “my only regret with P1 2003 was I released it a little too soon, as it was one of the slowest to mature.” What is interesting is Dom Perignon P1 is on its lees in the cellar with a crown cap (metal closure like a beer top) and yet the wines destined to become P2 are matured on their lees with a traditional cork closure. The technical people amongst us know that champagne on its lees under cork mature more slowly than under crown cap, so this dynamic may well have suited the 2003 vintage considerable more than in “normal years” where the wine is less phenolic.

“To work at Dom Pérignon one has to first do a master’s degree in philosophy,” says Richard, and his philosophy is clearly enunciated in triplicate… “more, more, more” … one must, he maintains, “continue to push the envelope” in order to produce a “fuller, richer and more substantial” wine, yet one which maintains the Champenois leitmotif of consistency of style whilst at the same time, almost paradoxically, underlining vintage character. In a sense this tension, between consistency and individuality, mirrors the structural tension of the liquid itself, where acidity and sugar, fruit and texture, have to be woven together with great dexterity and artistic nous.

We can see in P2 2003 he certainly pushed the envelope and Essi Avellan MW captured a similar thought in her description of P2 2003 “I loved how in his 28 years at Dom Perignon Richard Geoffroy always praised the surprise element, he insisted on Dom Perignon to keep on surprising us.”

Dom Pérignon’s Plénitude champagnes are the superheroes of the wine world, combining the rich and ripe characteristics of the 2003 vintage with the complexity and youthful vigour afforded by extended lees ageing, Dom Pérignon P2 2003 is a true wonder. Officially released on 1st July 2021, it is available to order now, in limited quantities.

Dom Perignon Press Release – An Extract Summarising “Technical Snippets:”
2003 is a year that will remain forever ingrained in the memory of Champagne, the year when everything changed. The combination of a severe frost in the spring – resulting in the loss of 70% of the potential Chardonnay grape harvest from the Côte des Blancs – and a scorching August heatwave that people still recall, imposed the earliest harvest in the history of Champagne since 1822. Ultimately, the contrasting weather conditions during the year resulted in remarkably luscious, highly concentrated grapes, recalling the legendary vintages of 1947, 1959, and 1976.

2003 perfectly illustrates Dom Pérignon’s conception of taking risks. This is not recklessness, but quite to the contrary an approach inspired by intuition. A spark ignited when knowledge is applied to face of the reality of a situation. The spark that leads to unexplored technical paths to reach a precisely articulated aesthetic ideal. This is exactly what Dom Pérignon did in 2003. For the first time, the juice was allowed to oxidize and darken in the press, thus lightening the overly imposing tannic structure. Then the Pinot Noir was increased to previously untried proportions in the assemblage in order to balance the Chardonnays, which had a character that was more Burgundy than Champagne.

Summary
I think it is fair to say Richard Geoffroy triumphed over the hot weather and managed to make a champagne that is looking much better as a Plenitude 2 than on its first release. It would seem that the early oxidising of the juice while in the press (very untypical for DP) and the slower in bottle development a result of ageing under cork while on the lees are two key factors that have brought the 2003 vintage way more alive at Plenitude 2 level.

“It has lots of full and rich flavour, there is underlying freshness and beauty of the texture from long lees aging that really bring this champagne alive. This is by far the standout champagne from 2003.” 18+/20 Nick Baker 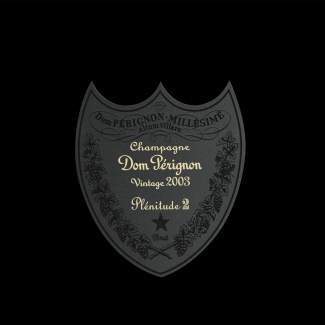 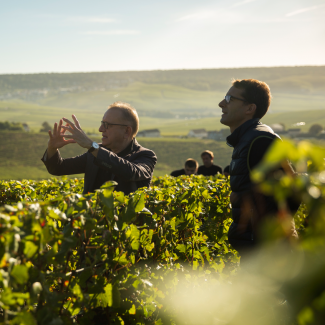 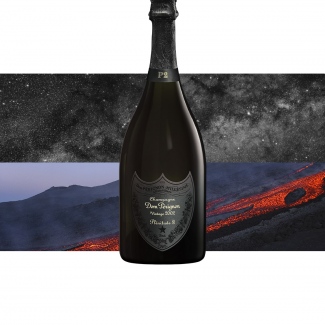 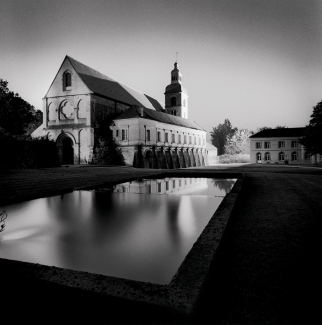 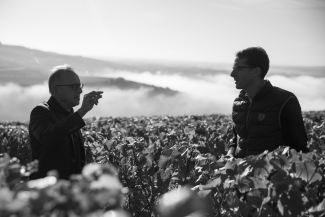 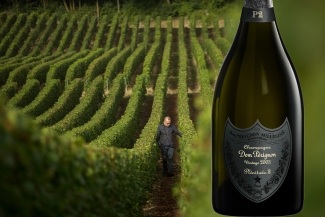