Vincent Chaperon officially took over as Dom PÃ©rignon Chef de Cave at the beginning of this year and was in London last week for one of his first assignments as leader of this iconic brand: launching newÂ Dom PÃ©rignon RosÃ© 2006. Chaperon joined the house as head of red winemaking for Dom PÃ©rignon RosÃ© in 2005, andÂ has been closely observing RosÃ© 2006 several times a year since it was made, tasting it almost every month in the last few years. His conclusion? RosÃ© 2006 is one of the best ever vintages.

Faithful to his predecessor, Chaperon talked in detail about the vision and values that guide this notorious house, which, as always for Dom PÃ©rignon, took precedence over technical specifics. In short, the goal with each Dom PÃ©rignon vintage is to embody harmony of characteristics , thus creating an emotion that lasts in the memory of the consumer.

To achieve harmony, which “stands in tension with the experience of the year”, Chaperon must ‘organise diversity’ –Â of vineyard plots, of grape varieties, of base wines, of picking time, and of all the myriad other taste influencing factors. In this way, and in this way only, can each Dom PÃ©rignon vintage released trulyÂ “testify what that year was.”

The first vintage of Dom PÃ©rignon RosÃ© was 1959 and although blanc is still made more frequently – in every 10 years, approximately 7 blanc vintages are declared vs 4/5 rosÃ© vintages – it is becoming increasingly easier to make rosÃ©. With the climate warming, there are more years in which the red grapes reach the necessary ripeness levels for the red wine component of Dom PÃ©rignon RosÃ©, evidenced in the recent run of consecutive vintages – 2002, 2003, 2004, 2005 and 2006.

Chaperon explained that 2006 was “consistently warm throughout the vegetative period”, much like all the previous five vintages (excluding 2004), the exception being a cool and humid August. He described 2006 as his predecessor’s “worry vintage”, as they had to wait for the structure to come through extended lees ageing, accounting for its exceptional 10+ years ageing in the cellars.

Although the Dom PÃ©rignon vision comes first and foremost, Chaperon happily untangled the winemaking process when pressed. In 1964, the house transitioned entirely to stainless steel and full malolactic fermentation, a decision made in belief that freshness mustn’t come from acidity alone and must rather be a part of other things like minerality and salinity, which are brought in during the selections made at blending.

For Chaperon, the red winemaking, which is such a crucial element of rosÃ© champagne production, is about stretchingÂ the texture and structure that the red wine gives when blended with the blanc. The percentage varies considerably, from asÂ low as 12 to as high as 28%; for the latest release, it sits at 20%.

The typical sources of Pinot Noir for the red wine are AÃ¿, Bouzy and Verzenay, selected for the high level of maturity their grapes often attain. While the Pinot Noir grapes used in blanc Dom PÃ©rignon champagne are picked at around 10 degrees of ripeness, anything below 11 degrees is of no interest for red wine production. Ideally, Chaperon looks for 11.5 degrees or higher – which can be a challenge considering the average ripeness of Pinot Noir for the last 10 years in Champagne is 9.5 degrees.

The juice is no longer cold soaked, as the house discovered issues with this process, such as oxidation. Instead, the winemaking team go straight to fermentation on the skins, which is tested twice a day to ensure the optimal precision of aromas is reached – the red wine for the rosÃ© is about securing aromatics and minimising the extraction of tannins.

To better contextualise Dom PÃ©rignon RosÃ© 2006 and gain a firmer understanding of what to expect from its trajectory of development, we also tasted the three previous vintages of Dom PÃ©rignon RosÃ© – all original disgorgements – to see how they are developing. ChaperonÂ said of each:

2004Â – “A cooler year… with glorious fruitiness and vibrancy on both the nose and palate.”

2003Â â€“ “This was a challenging year, since the weather was extreme with intense heat and rain, and was of course the vintage Richard was most proud of making.” 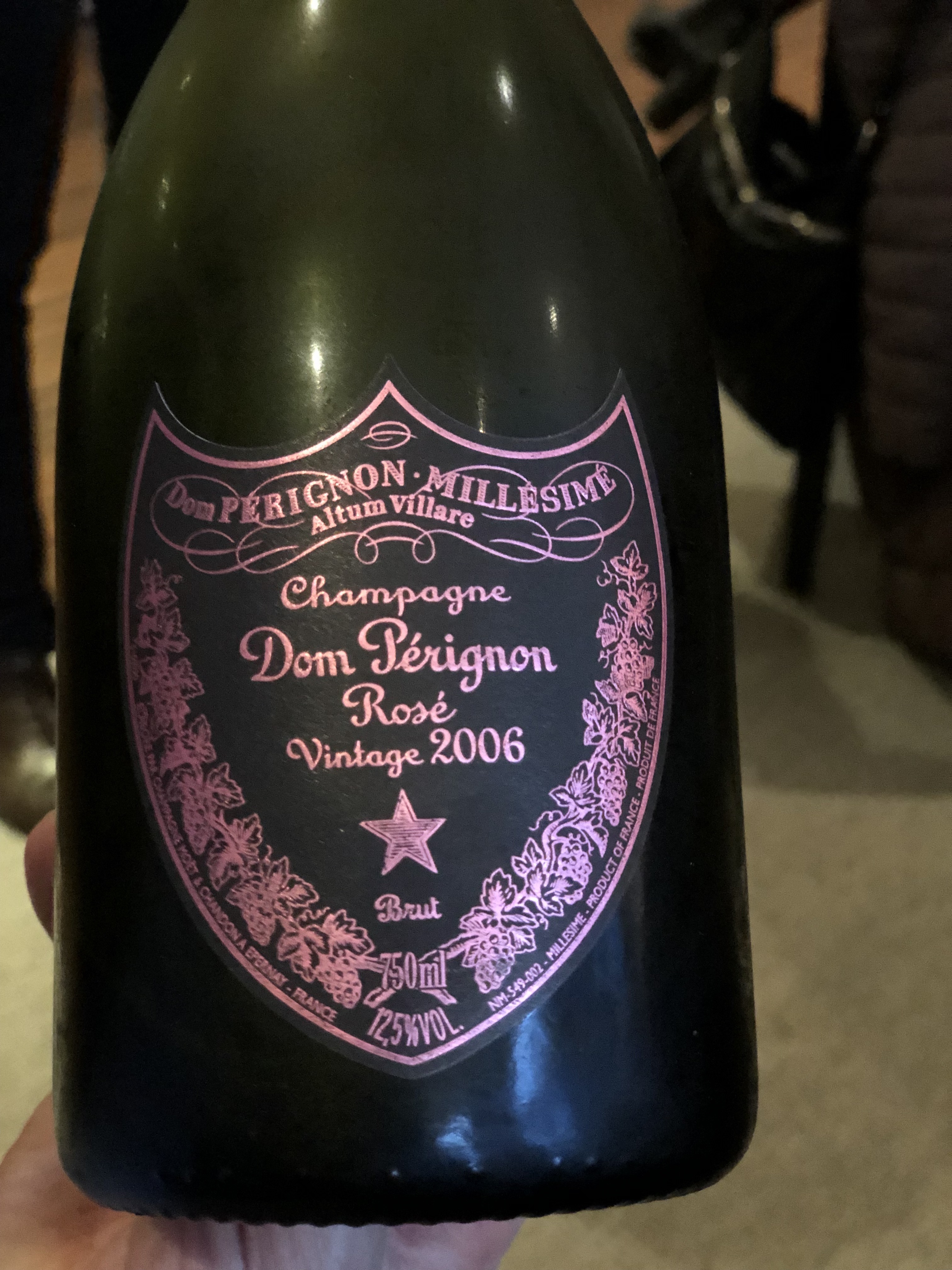 With more than 10 years lees ageing, new RosÃ© 2006 is one of Chaperon’s favourite ever vintages 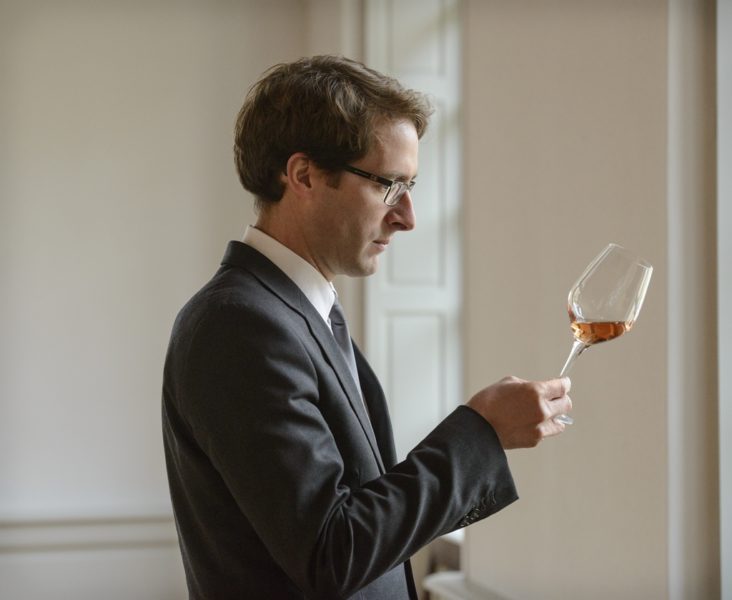 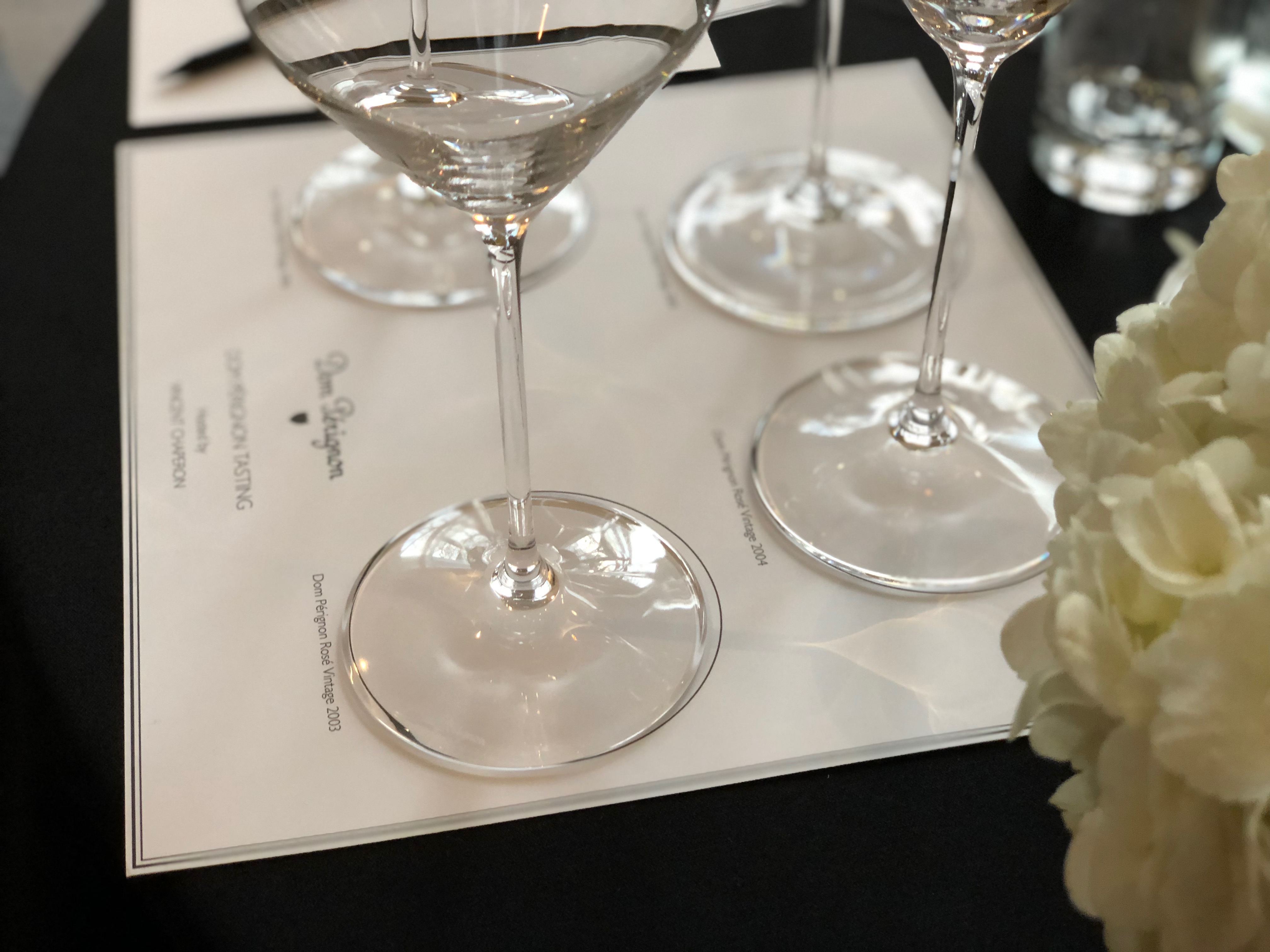 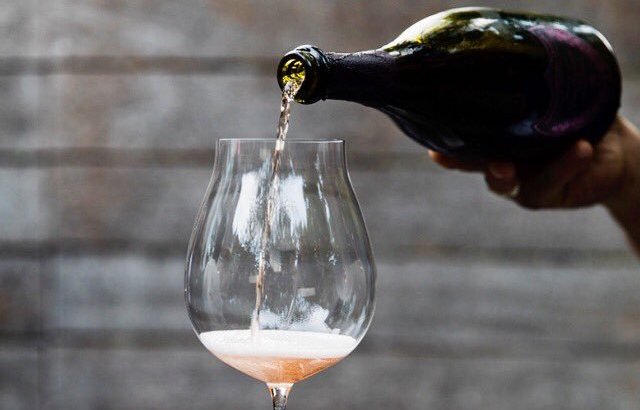