Krug 2008
The latest release from Krug was launched this week after 11 years ageing in the cellars.

Krug revels in launching its new Champagnes in unexpected places of ‘rough luxury’. The Krug 2004 was launched in Jack the Ripper country off the Commercial Road in London’s East End, the Krug 2006 was launched in the basement of Gibson’s Guitar studios and here we were tasting the latest release at The Tin House.

On arrival we were first introduced to the Krug Grande Cuvée 169th Edition, the latest release by Julie Cavil, Krug’s chef de cave. Based on the 2013 vintage this multi-vintage is made up from over 140 reserve wines 40%) going back from 2013 to 2000. 2013 was not the easiest of years but the expertise of Krug and their blending ability outweighed the obstacles. The setting was perfect as we were introduced to the first of two Krug offerings on a delightful urban garden terrace, with a solo violinist playing from above. A gorgeous Krug water feature in the pool, and the open pit fire all added to the excitement and anticipation.

Cavil highlighted Joseph Krug’s reasoning behind the Grande Cuvée and Vintage (Les Creations), which he established back in 1843 when he set up Krug. Cavil praised all the different vignerons who provide the grapes for the House, some whom have never left their villages let alone France, whilst others being modern and forward thinking using drones to capture information on their grapes. It is truly the attention to detail that keeps Krug at the fore.

Cavil, who has been the chef de cave for just under two years now, then explained that the Krug 2008 is unusual due to the high percentage of Pinot Meunier in the blend – more so than Chardonnay. Although, not the highest percentage in the history of Krug vintage – that is still held by the 1953 vintage with 30% – Krug 2008 had 25% of Meunier compared to 22% of Chardonnay. This high proportion is not arrived at by design, solely by the art of blind tasting, so Cavil and the rest of the tasting committee are not aware of the base grape, but make their decisions based upon the best expressions. 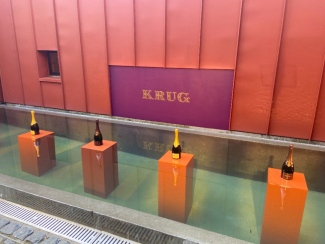 The Meunier was taken from South-facing slopes in the Marne Valley village of Sainte-Gemme “It was incredible” said Cavil “we decided it would be perfect for the 2008… and any more Chardonnay would have been too much.”

“there was a lack of sun, it was a perfectly classic northern climate, one that we have not seen for a while in Champagne. It was also a vintage without extremes, which meant that the grapes ripened slowly and regularly, which has led to a wine of great elegance, and one that is well-structured. It is straight to the point, classic, and long, and the wines were austere at the beginning, which for me is a good sign; when you have to wait, it is a good sign for the future.” 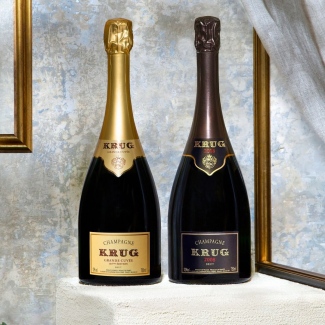 So how were the wines tasting?

Krug Grande Cuvée 169th Edition  43% Pinot Noir, 35% Chardonnay, 22% Meunier
Sleek and fresh and truly spring-like with a light yeasty note on the very long finish. The most pleasure to be had initially is in the nose and the finish… This should have a long life. Bone-dry finish and playing the intellectual card. Throbs on the palate with all its vibrancy.

Krug Vintage 2006 48% Pinot Noir, 35% Chardonnay, 17% Meunier
At first sight, the intense golden colour promises round generosity. A very expressive and indulgent nose reveals yellow and dried fruit, toasted almonds, hazelnut, maple syrup, meringue and mandarin liqueur. On the palate it is generous, deep, ample and fresh with aromatic persistence and a long finish. It has notes of nougat, frangipane, pastry, tarte tatin, plenty of citrus with a beautiful finish on pink grapefruit skin.

Krug Grand Cuvee 164th Edition 48% Pinot Noir, 35% Chardonnay, 17% Meunier
Exceptional freshness in the mouth is accompanied by notes of toasted bread, hazelnut, nougat and jellied fruit. Rich and tangy flavours of lemon and grapefruit are enhanced by the subtlety of the fine and elegant bubbles. This has tremendous power of fruit, brioche, backed apples, vanilla and spice and a length of flavour that goes on and on. The precision of recent releases is unprecedented and just how many decades they might hold in the cellar is anyone’s guess. The ultimate non-vintage.

What the critics say about the 2008 release

97/100  Antonio Galloni
“The 2008 Vintage is a nervy, electrifying Champagne, the likes of which has not emerged from Krug’s cellars since the magical 1996. Bright and sculpted, with tremendous precision, the 2008 dazzles from start to finish. Stylistically, the 2008 doesn’t have the toastiness or explosive breadth often found in young Krug, but that in no way detracts from its magnificent beauty.” 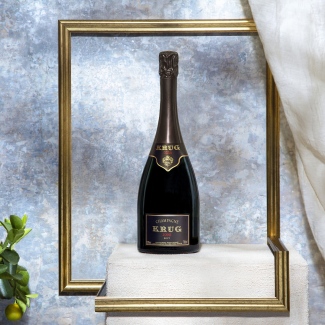 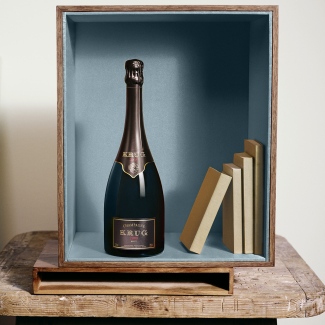 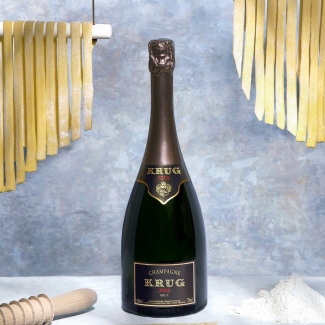 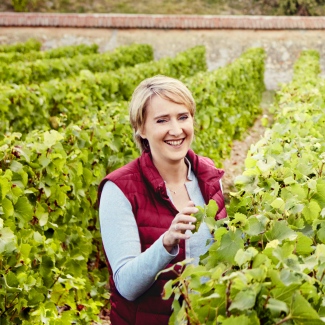 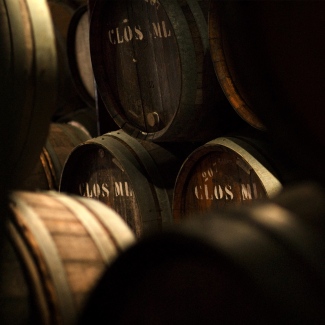