In August 2017, during a visit to the magnificent house of Krug in Reims, we were kindly allowed a taste of the yet-to-be-released latest creation of Krug Grande Cuvée: Edition 165 NV. Kept under embargo until now, we can finally reveal our thoughts, as it has officially been released in the UK.

We tasted it with Olivier Krug, who told us that to understand the uniqueness of Krug Grande Cuvée Edition 165 NV, it is important to understand the context within which it was produced. Edition 165 is the smallest and rarest batch of Grande Cuvée ever – a result of the global economic crisis that occurred nearly a decade ago. Based on the 2009 vintage, this outstanding champagne was produced in the aftermath of the crash and Krug, cautious of any after-effects on luxury product consumption, made much smaller quantities of Grande Cuvée.

Don’t panic – we have been assured that there won’t be a worldwide shortage of Krug! Fortunately, the markets recovered the following year and Edition 166 was produced in a much bigger quantity and may even be released later this year.

The base vintage (2009), which constitutes nearly 70% of the blend, was a warm and sunny year that has produced some stunning vintage champagnes already. Krug Grande Cuvée Edition 165 NV is no exception: a classically world-class Krug, packed full of acidity and freshness. With such limited quantities available, purchase early to avoiding missing out.

The Finest Bubble – “Wow. Lovely fruits on the nose, all that grapefruit and dried fruit character. Loads of acidity, freshness and mushroom. Great length.” 18.5/20

Jancis Robinson MW – “Very pale with a heady nose and some richness. Firm and flirtatious with a really solid, ripe undertow. More hedonistic than many Krugs.” 18.5/20

Krug Grande Cuvée Edition 165 NV is available now for same day London delivery and next day to the rest of the UK. 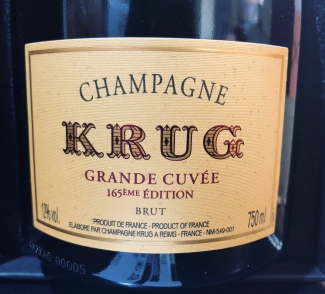 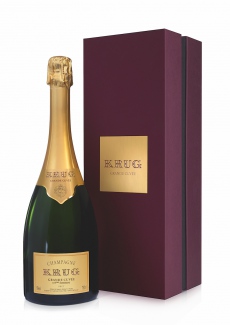