This week, Krug unveiled their latest non-vintage release: Grande CuvÃ©e Edition 167 NV. The 167th creation of their legendary non-vintage is based on the 2011 harvest. A rather unusual year, 2011 began with atypically high temperatures during spring, which resulted in early flowering. The cold and wet weather that followed slowed the growth cycle somewhat, however the harvest still kicked off incredibly early: the second earliest since 1822.

The eventual crop was quite large and the healthy, ripe grapes produced wines of surprising structure and remarkable aromas. AlthoughÂ the Chardonnays were perhaps less fresh than usual, it was a year for beautifully balanced Pinot Noir wines, particularly those from the southern Montagne de Reims villages, such as Mareuil-sur-AÃ¿.

The Grande CuvÃ©e Edition 167 NVÂ blend comprises 191 wines, encapsulating 12 vintages dating back to 1995. The reserve wine content is an impressive 42% – the joint highest percentage of any previous Grande CuvÃ©e blend.

Chef de Cave Eric Lebel commented:Â “I selected some wines from behind the Montagne de Reims Nord, in Mareuil-sur-Ay, for their surprisingly beautiful, ample and fruity expressions, to which I added Pinot Noir wines from Ambonnay, Ay and Bouzy which I chose for their structure.Â Some of the older wines came from plots in Verzonay, to bring finesse and mature elegance.Â I looked to certain plots in Sainte-Gemme for the fruit expression of their Meuniers and, finally, some plots in CÃ´te des Blancs, Chouilly and Oger for the character and body of their Chardonnays.”

In addition, we have recently listed magnums of the spectacular Grande CuvÃ©e Edition 164 NV. Based on the outstanding 2008 vintage, this is one of the best Grande CuvÃ©e Editions ever created, is frequently one of the highest scored champagnes at our Krug vertical tastings (which include Vintage and Grande CuvÃ©e champagnes), and has been lauded by the critics: receiving 97/100 and 98/100 from Antonio Galloni and Essi Avellan MW, respectively.

A champagne of this magnitude in magnum is a quite remarkable thing. Already rich, round and complex, it is transformed in the larger format: layers and layers of tropical fruit flavour give way to a rich finish, with a freshness quite unexpected of an eleven year old vintage. 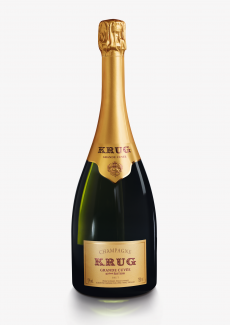 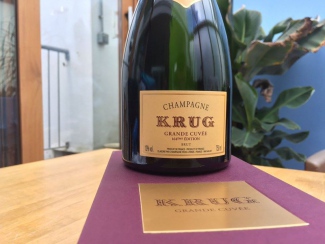 Edition 164: one of the greatest Krug Grande CuvÃ©e NV creations ever made